BULL ON TAP: BUDWEISER (AKA “AMERICA”) 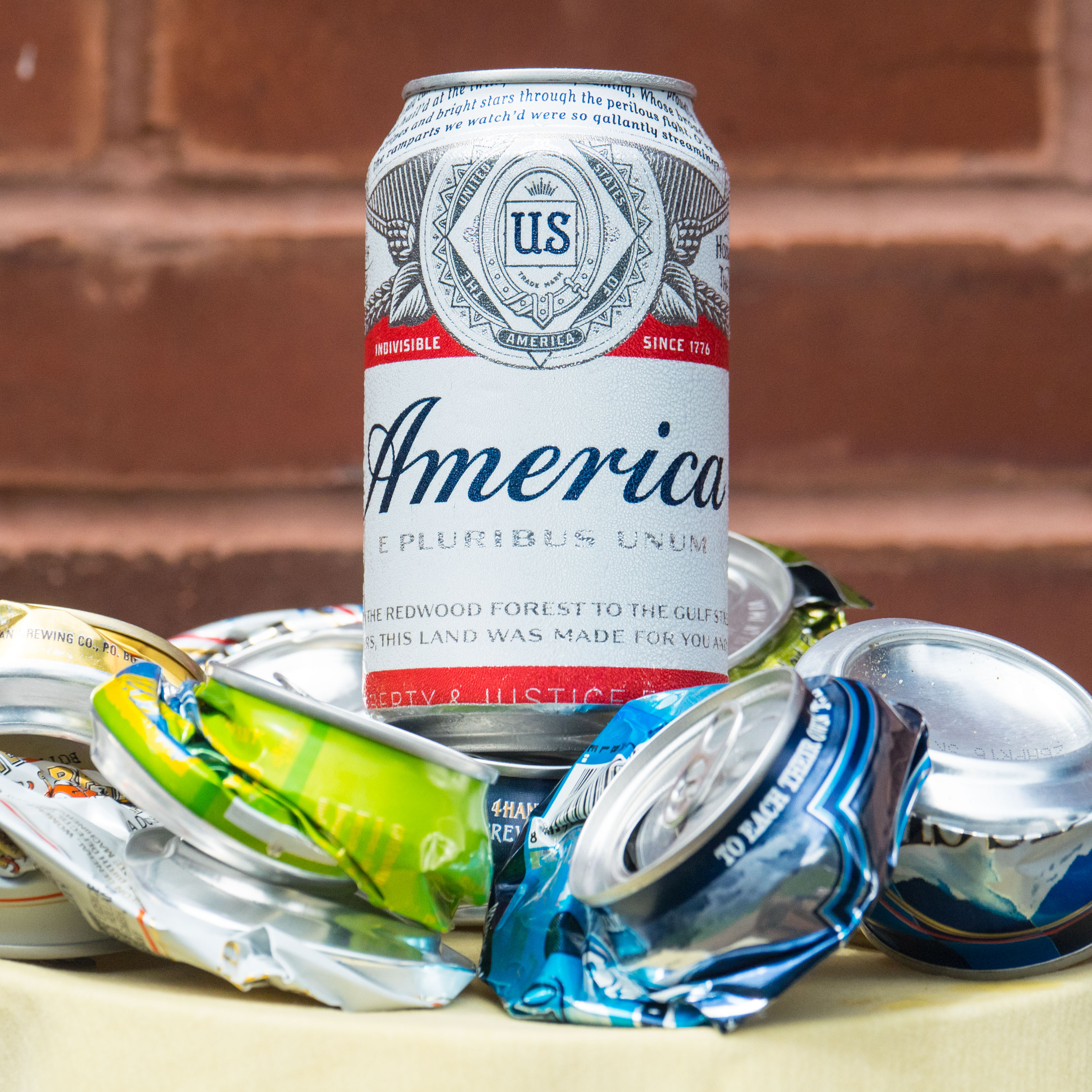 In a rural Pizza Hut, my wife and I escape torrential rain. Finding no beers on the menu, I ask the teenage waitress. Looking perplexed, she excuses herself to confer with a teenage waiter. He glances over suspiciously. Did I ask the wrong question in a dry town?

The pair returns. They do have beer. But, being 17, neither can touch it. “Is Budweiser alright?”

Before I can reply, the kids scurry to the kitchen for a solution. Perhaps they could deliver it on a pizza tray? Or clutch the bottle between oven mitts, like radioactive waste.

Budweiser, as we know it today, was introduced in St, Louis in 1876 by German immigrant Adolphus Busch and his father-in-law Eberhard Anheuser. The recipe was inspired by a lager from Ceské Budejovice (Böhmisch Budweis in German), a Bohemian city in the Czech Republic. Due to endless trademark litigation, today the original Czech lager is called “Budweiser Budvar” in Europe and “Czechvar” in North America. The beer has been produced since the 13th century under the nickname “The Beer of Kings.”

To produce an American version, Busch made a variety of innovations and alterations. Prior to the 1870s, most Americans drank heavy ales, following the preference of Europeans, for whom food shortages in over-crowded cities meant beer served as a caloric substitute. But in the fertile United States, where crops were plentiful and drinking was mostly social, Busch decided to introduce light-bodied lagers to a young nation.

Because American barley was heartier than its Bohemian counterpart, Busch added rice to lighten the brew. Today, such adjuncts are associated with cheap, low-grain beers, but in the late-1800s high rice prices made the product more expensive. This premium cost possibly led early patrons to believe Budweiser was fancy stuff.

To avoid off-flavors or incomplete fermentation due to tempestuous yeast strains, beechwood strips were dumped in during secondary fermentation. These strips elevated the yeast higher in the column, ensuring they consumed sugars instead of settling into a putrid trub at the bottom of the tank. This once-common procedure, of adding wood chips, has since been abandoned by all other brewers.

To allow transport across the continent, Busch pasteurized his product. And, in his most savvy move, he swapped the order of two words, reversing Budejovice’s famous slogan and declaring American Budweiser to be “The King of Beers.” Because, as everyone knows, the founding fathers fought a war against a monarchy so that Americans might bestow royal titles not upon our leaders, but upon our most beloved commercial products: Burger King; Dukes of Hazard; King Cobra; Dairy Queen; The Fresh Prince of Bel Air, and so on.

By 1877, the New York Times reported that Americans consuming lighter lagers, like Budweiser, drank three times faster than those drinking darker ales. Still, its own creator, Adolphus Busch, refused to drink the stuff. He referred to it in German-accented English as “Dat Schlop,” instead opting for wine.

But Busch’s marketing efforts—plus price fixing and bribery—were tireless. Soon Anheuser-Busch was one of the largest shipping breweries in the country, along with Pabst, Schlitz, and Blatz—which are definitely surnames, not euphemisms for upchucking too much Budweiser. These shipping breweries competed with smaller regional breweries for control of the growing beer market. During prohibition, AB made medicinal alcohols, non-alcoholic malt beverages—like Bevo—called near beers, and a de-alcoholized version of Budweiser. After the repeal, most small breweries could not re-open and within a few years AB had become America’s largest brewer.

This decline in sales is attributed to changing drinker preferences. During the 1980s, health conscious lager drinkers moved toward even lighter beers, such as Miller Lite, Coors Light, and Bud Light. In 1978, brewing-rights champion Jimmy Carter signed a little-known law effectively legalizing home brewing for the first time since prohibition. And, in 1983, California and Oregon became the first states to ease regulatory restrictions on brew pubs. These pieces of landmark legislation stimulated mainstream interest in craft beer.

Collectively, these actions bifurcated Budweiser’s market, directing some drinkers toward even lighter adjunct lagers and others toward heavier, maltier, and hoppier micro-brews. Today, the animosity between adjunct lager and craft beer continues. Domestic light beer sales peaked in 2008 around 100 million barrels and fell 8% by 2015. Meanwhile, craft beer production increased 13% in 2015 despite overall beer production dropping 0.2%. In 2014, AB-InBev reported 44% of 21- to 27-year-olds have never even tasted a Budweiser. Seeing young consumers as the only way to resurrect the brand, AB-InBev has deployed three tactics: mockery, acquisition, and pandering.

During the 2015 Superbowl, AB-InBev released a commercial which declares, “BUDWEISER: PROUDLY A MACRO BEER.” The ad portrays four beer snobs, three wearing glasses, who inhale from snifters and select daintily from tasting flights. Set to drum-heavy industrial music, superimposed text explains Budweiser is “Brewed for drinking, not dissecting.” The ad even mocks, “Let them sip their pumpkin peach ales.” Curiously, only two weeks before the ad premiered, AB-InBev purchased yet another micro-brewery in its attempts to capture the growing market. This time it bought Seattle-based Elysian Brewery, which makes a Peach Pumpkin Amber.

Back in the rural Pizza Hut with my wife, an eager manager emerges from the kitchen. He ceremoniously delivers my Budweiser. While waiting for pizza, I sip a bubbly lager, sweet and bland. There’s a hint of rice but no taste of beechwood (which is sterilized to prevent it flavoring the beer). Living in St. Louis for nearly a decade, I frequently go to great lengths to avoid Bud, though I have friends who adore it. Certainly, Budweiser’s recent ad campaigns seek to divide not unify, an odd move considering the company’s newest publicity stunt.

In May 2016, AB-InBev announced plans to replace the name Budweiser on their cans with the word America until the November election. This decision, made by the primarily Belgian-Brazilian conglomerate, possibly stems from an international perception that most Americans vote drunk. Or, at least, that we prefer our patriotism cold, pale, mass-produced, and offered in a vessel we can conveniently crush against our foreheads when the fancy strikes.

After polishing off the pizza, the teenage trio returns, staring nervously at the table. While they struggle to concoct a plan for removing the empty bottle—a long story for another time—I recall another Super Bowl ad. This one, from 2016, listed a variety of ways to describe Budweiser. Among them: “Not small.” “Not sipped.” “Not soft.” “Not a fruit cup.” “Not imported.” And, a statement everyone can agree with, “Not for everyone.”