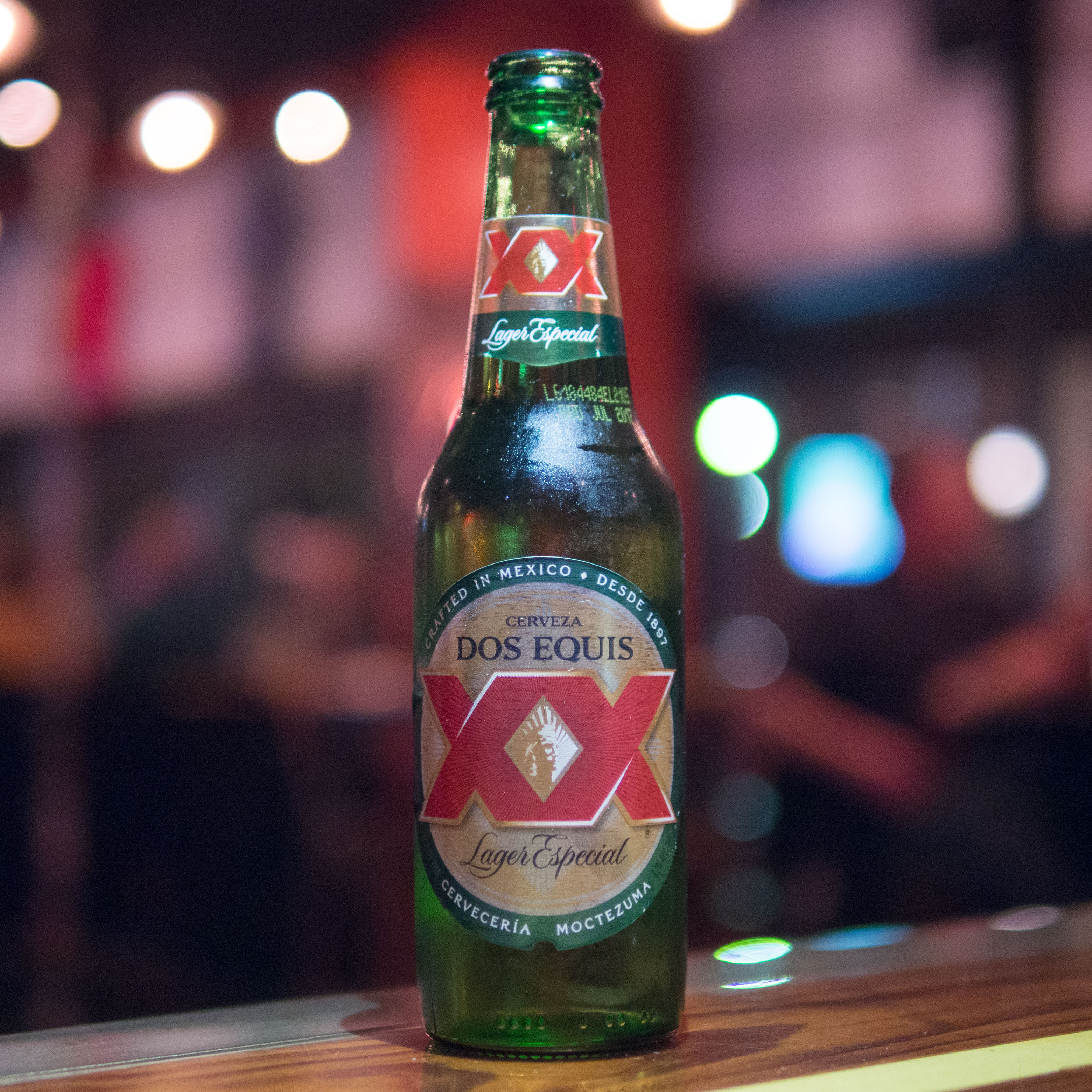 At an upscale taco restaurant, I study the menu under dim lamps reflecting off shiny black surfaces. Many gringo friends have informed me this is the most authentic Mexican food in town, so I’ve taken their ambiguous endorsements to heart while contemplating items: pickled habaneros, IPA-battered mahi mahi, chile-encrusted brussel sprouts, and something called huitlacoche aioli—which a quick search reveals as a Mexican delicacy and the plant disease also known as corn smut.

During the drink order, most friends opt for complicated margaritas with apocalyptic names—or draft beers. A barrel-aged coffee stout. A dry-hopped saison. A sour wheat ale. I decide to deviate with the 4th best-selling Mexican beer in the United States, Dos Equis Lager Especial.

Originally named Siglo XX (or Century 20), the beer was introduced by Cervecería Cuauhtémoc Moctezuma in the late-19th century to celebrate the upcoming 20th. A year before, the brewery brought its first beer, Carta Blanca, to the 1893 World’s Fair in Chicago. Ever since—and just like northern compadre, Pabst—the brewery has claimed they also won a blue ribbon, which were possibly as plentiful as contestants. Granted, this humble company, based in Monterrey, Mexico, hasn’t felt it necessary to place reminders on every can 120 years later. Instead, during the past decade, a salt and pepper spokesman has sung Dos Equis’ praises.

From 2006 until his retirement in 2016, New York-born actor Jonathan Goldsmith played the Most Interesting Man in the World. Through countless TV and radio advertisements, his grizzly-bear-in-a-silk-suit character, with regionally non-specific accent, became synonymous with manliness. The typical commercial sees this man, or younger look-alike, completing a variety of physically impressive accomplishments, such as arm wrestling a military dictator, freeing a bear from a trap, or stitching up his own wound while telling jokes to field hospital doctors.

Throughout, a voiceover by Frontline narrator Will Lyman lists additional accomplishments and accolades: “He once ran a marathon because it was on his way.” “At museums, he’s allowed to touch the art.” “He is the life of parties he’s never attended.” “When in Rome, they do as he does.” The ads conclude with Goldsmith, surrounded by fawning beauties, stating: “I don’t always drink beer, but when I do, I prefer Dos Equis.” That he sometimes doesn’t drink beer seems a bold admission for a brewery spokesman. Especially given that most brewery advertisements implicitly suggest beer should be continuously—if not responsibly—consumed like intravenous drip therapy.

The result? One of the most successful marketing campaigns in import beer history. The ads, which ran from 2006 to 2009 in select markets, led to an immediate spike in sales. By 2009, when the company took the campaign national, Dos Equis sales were up 17% which moved it into a tie with Stella Artois for 8th most popular import beer. From 2008 to 2013, Dos Equis was the fastest growing beer, with shipments increasing an astounding 116.6%. During that same period, the overall beer industry contracted, with shipments falling from 219 million barrels to 211.7 million. By 2013, Dos Equis had grown to be the 5th best-selling import beer. Though, in the following years, it was surpassed by Stella Artois and had fallen to 6th by January 2016.

Perhaps for this reason, in March of that year, Dos Equis retired Goldsmith from the role with a commercial sending him on a one way mission to Mars. His only regret? “Not knowing what regret feels like.” Fortunately, there was enough space to take one blonde with him.

Six months later, Dos Equis began releasing new ads, with actor Augustin Legrand, in a James Bond-esque reboot. Clearly, while Dos Equis doesn’t often switch spokesmen, when it does, it prefers them younger, French, and capable of doing their own stunts. In the first installment, Legrand judo chops a coconut, rescues a piglet from a meat market, and retrieves a soccer ball from a well—possibly signaling a shift in target demographic from mainstream American football fans to vegan soccer hipsters. Another change—instead of a revolving cast of beautiful women, LeGrand appears with a recurring co-star, actress Marina Artigas. With this new (and possibly monogamous?) most interesting man’s adventures just beginning, only time will tell if he can lift Dos Equis’ prospects and attract new fans.

In the upscale taco restaurant, our drinks arrive along with some appetizers for the table. Stone ground purple maize tortilla chips with wood-fire grilled pineapple pico de gallo. Buckwheat flautas filled with shredded coconut shrimp and chile-orange asparagus, garnished with caramelized serrano peppers and drizzled in goat-milk sour cream and ancho-chile BBQ sauce. I’m not sure whether to eat this stuff or report it as stolen from a contemporary art museum.

So first, I toss back a sip of my Dos Equis. A pale adjunct lager, there’s a hint of grain, but more notes of carbonation than flavor. It’s not good, not bad, nor special. Except for a faint disagreeable aftertaste that’s likely caused by the receptacle. Dos Equis, like many Mexican beers, is often served with a wedge of lime. This, because green and clear glass bottles, unlike brown bottles, allow harmful UV rays to penetrate and cause skunky off flavors. I squeeze a little more lime to mask this taste, consider dumping in some garlic poblano aoli from a nearby table, and realize:

I don’t often drink Dos Equis, but when I do, I’m reminded why I don’t.