The Necessity of Despair 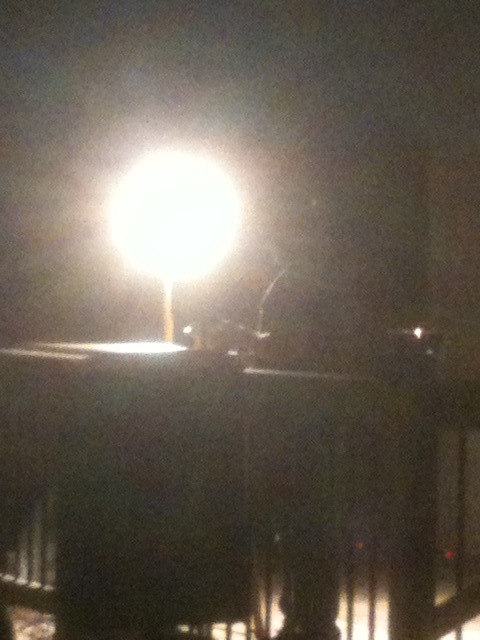 The morning of Frank Bill’s book release in Corydon, Indiana, I got a call from back home. It seemed that my grandpa’s cancer, recently diagnosed Stage 4 and aggressive, had taken a turn for the worse. His doctor had given him forty-eight hours to live and that was being generous. I grew up in Southern Indiana and my folks still reside in Linton, not a hundred miles from the Beef O’Brady’s where Bill’s reading would be held, but worlds apart in experience.

When I arrived that afternoon the staff was still setting up the venue, arranging stools and tables and adjusting mic levels in a back lot outside. As a professor, I’m happy to say it was unlike the academic venue I’ve grown used to, those reserved rooms of higher learning. Instead of punch we ordered beers in plastic cups and fought off gnats and mosquitoes. Country and western and hard rock music played and Bill arrived carrying a box full of Playboys that recently featured his work. Everywhere you turned writers and bookheads were talking shop, bullshitting about Larry Brown and Barry Hannah, Donald Ray Pollock’s novel and how great it was that Bill was getting the attention and acclaim he deserved.

By the time the reading started night had rolled in and the gnats had given up. Someone rigged a work light onstage so that the reader was barely a silhouette before a fuzzy ball of white light. They told stories about crimes and criminals, desperate people speaking in desperate tones. Like Bill’s debut collection, most pieces were grotesque—characters killed one another in depraved and sick ways, and treated each other with the importance of the insects we’d spent the last hours smashing.

Later, when I stumbled into the bar in search of another Jack on the rocks, I overheard two middle-aged women talking at the bar. They were watching Notre Dame lose to Michigan on a last-second-roll-of-the-dice play. Just as UM’s quarterback flicked the winning pass into the corner of the end zone, a contingent of Irish fans at the bar howled in disbelief and pounded their fists. One of them, a burly fella clearly upset and wearing an aged Brady Quinn jersey, looked at another man nearby in a beat-up UM Wolverines hat, and shouted, loudly and plainly, Fuck you, motherfucker. The ladies, the ones I sat next to while waiting for my drink, had been outside for the majority of the reading.

Why do all those stories have to be so ugly? said one of them.

I don’t know, the other said between sips of beer. And why do they have to cuss all the time?

My grandfather has lived a hell of a life. My first memories of him are right after he left the military and settled in the small town a few miles outside of my small town. He read books on Patton and the histories of war, veered hard right on the political spectrum, but wore a ponytail and raced through every book Stephen King ever penned. On his walls were portraits of him in fatigues, standing straight at attention as he was pinned with his latest award or medal. He hung flags from the various bases of his operations, from his time soldiering for the UN and NATO, the men he commanded having signed their names and well wishes from one end to the other. Under one of these flags, on top of a bookcase that gathered dust and held spent lighters and so many other knickknacks, sat a doll of Beavis, from Beavis and Butthead fame. The man was all over the place.

When I got to his house in Southern Indiana I found someone I hardly recognized. Cancer had stricken him to the point where between the pain and the medications meant to dampen the pain, he spent all of his time venturing from completely unalert to virtually unalert. Part of me wants to get into the details—the hard-edged, difficult to swallow details, because that’s what this is all about. If there’s one thing I aim to describe here it’s the “can’t I look away?” aspect of dying and suffering, but I am not so callous and the wound is still fresh. But I will say this: as someone who had yet to see someone in that state, it shook me to my foundations.

Seeing my grandpa like that, a man’s man if there ever was one, I did look away. I made straight for his office, the only place in his house where I knew I could find solace, where the flags and portraits and books were. I took a seat in his chair and looked over his shelves. There was Stephen King of course, every novel he’s put out, and illustrated encyclopedias and the like, but on the other shelf between some westerns and battle studies, was another genre of writing I hadn’t noticed before. Here were the true crime volumes, noir rags like My Gun Is Quick that featured the kind of ratty and sensationalized covers that today’s pulp magazines still try and emulate. I flipped through a few of them, read a line or chapter here and there, just feet away from the unspeakable things I’m already trying to forget, I read about more unspeakable things; I read of ugliness as entertainment.

Here’s the thing of it—listening to Frank Bill read, and Donald Ray Pollock and Matthew McBride and Scott Phillips and Kyle Minor and Aaron Michael Morales, I was treated to hours of the most white-knuckle fiction I’d ever heard in public. I’ve travelled in those circles, have read the crime books and pulp books since I was a kid sneaking them into my bed with a flashlight, but I’d never been to one of these performances. Before, when I read the awful, grotesque things, it was always my voice that careened around in my head. Somehow that made it better, easier, safer. But there in Corydon, at the microphone on the back porch of a sports bar, the hits kept coming. Some were jabs and others haymakers, all of it life and disappointment careening out of control and intersecting to the point of malice.

I’m writing this two days later, while I sip morning coffee in the comfort of my own home. Corydon is about two hundred miles away, but I still feel a tinge of that unease. In the matter of a weekend I was confronted twice, in two very distinctly different ways, of the ugliness life is capable of. It’s the same feeling I had when I first read Helter Skelter or Pollock’s Knockemstiff, the full realization that what we call existence is not a journey or cruise, but oftentimes hard and unforgiving. Bad things happen. People are hurt.

This feeling isn’t an altogether terrible one, though. In the wake of my grandpa’s suffering I’m taking my days slower, speaking to the people I love in softer and more sincere tones, saying and doing the things that need to be said and done. Someday in the near future, I may wake up and that sort of necessity and urge may have softened or dulled. I’ll be comfortable. Complacent. Start taking these things for granted again. And maybe that’s when I’ll pick up my copy of Crimes In Southern Indiana, or any of the other books that don’t back away from the edge of heartbreak and strife. Maybe then I’ll remember.

← What I Do
Communication with Distant Life Forms →