One Fifth of the Damn Kids are Crazy 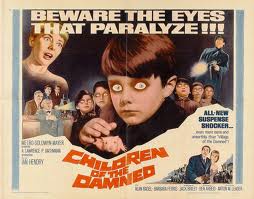 According to a new study by the Center of the Disease Control (the same place that will probably cause a zombie apocalypse) twenty percent of US children have mental illnesses. That means if you have five kids one of them is going to be a nut-job who stuffs his or her sweatpants full of leaves and butter.

I am an old man. I enjoy remembering my high-school sweetheart (much to the chagrin of my wife!), reading USA Today and digesting things easily. In my day, if a kid was crazy or even just weird you’d punch him in the stomach and say, “Hey, fella, you stink! Don’t stink anymore.” And by golly, that kid had better not of stunk the next time you saw him. But I digress.

Nowadays, seven percent of kids have ADHD. That’s why they can’t pay attention when you try to tell them about the Carter administration in line at the DMV. Three percent are depressed. What the hell are these kids depressed about? Did they drop their Walkmans in mud puddles?  Some of these kids have Tourette’s. But that’s nothing new.

Back in my old neighborhood, this one kid, Squirrelly Joe, had Tourette’s. He’d shout “PenisWhistle” at the top of his lungs in front of Ethel, Mario the apple vendor’s wife.  Father Cartwright, the ex-army chaplain, would chase after Squirrelly Joe with an rickety chimney broom, striking him in the back and arms until the burlap sack he wore for clothing was covered in soot.

Christ, it says in the report that a bunch of ‘em are hooked on drugs and alcohol. If Marlene, my high-school sweetheart, were here and not with Brandon Clemens, that shoeshiner, she’d say something smart like:

Well, I don’t know what. I just wish she were here.