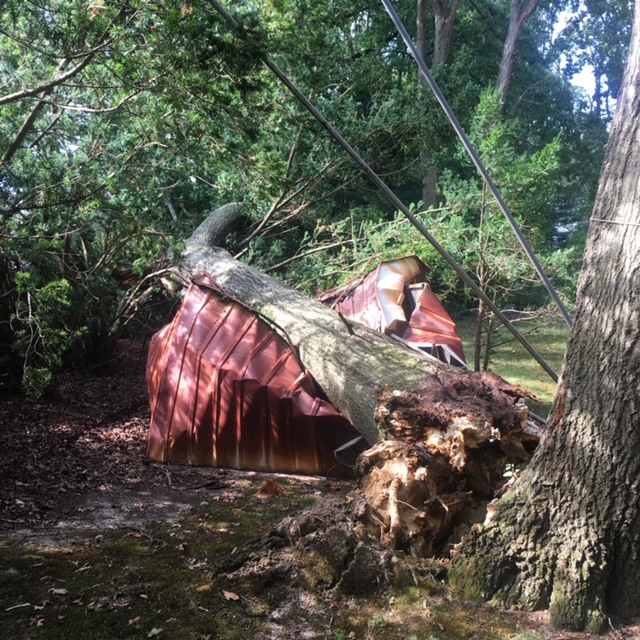 Caleb’s brother found him March 16th. Overdosed in his empty bedroom. He had been dead for two days.

Caleb was my younger cousin. My stepdad’s nephew.

Last year he got a DUI and assaulted his fiancee. She took him back. They tried to make it work.

Caleb had overdosed before. His brother told my stepdad.

Caleb had lived in Kannapolis and I lived in Philadelphia. All of the public schools in the district shut down the Friday before and people said it was dangerous to cross state lines and the country just started to figure out that the virus wasn’t going to slow down until we slowed it down ourselves.

I didn’t have a job. Kaitlin would work from home until the end of the year. There would be no March Madness or Stanley Cup.

Most of our family felt the same. Only ten people came to the viewing. It was a small gathering. The funeral home limited the number of visitors. It seemed smart.

Caleb and I weren’t close. We’d never really been. My stepdad didn’t visit his brother. They hadn’t spoken in a few years. Something about their mom’s will. Something about Caleb’s dad getting all the money and my stepdad not getting any.

The last big memory I had of Caleb before his death was not a good one.

When I was 13 I dated a girl named Audrey I didn’t want to call my girlfriend. I was embarrassed or something. I didn’t want people to know I dated her because I wasn’t a good person. I told myself it was because of her body or because of her oily hair but it was me. She was good and I wasn’t. She knew that a long time before I did.

I thought I deserved someone more popular and maybe she didn’t care or cared and never said it. We never talked about what we should be called. I never brought it up and maybe she was afraid things would change if she said something first. We did everything that girlfriends and boyfriends did except talk.

Audrey lived a few block away from Caleb and his brother and their parents. Caleb was 9 and his brother was 17. Even then we didn’t see each other much. If we were all outside we would sometimes wave. Sometimes nod.

Caleb was still a little kid at the time. He and Audrey had rode bikes and played Mario Kart before she got old. He didn’t know what a teenager was yet except it meant his brother had given up playing altogether.

Audrey and I barely talked to each other and Caleb was my cousin and her one time friend and we had just became teenagers. We didn’t have cars and didn’t know how to explain that we weren’t kids and that he couldn’t play with us.

So sometimes Audrey and I had to deal with Caleb when we were together. Neither of us liked it because of all the words we didn’t know that meant he was getting in the way of the thing we didn’t have a name for. We were mean to him instead. It felt easier.

We laughed at him for being 9 and not being 13. For having a lisp. For having too much energy. For being goofy the way a kid was right before they turned into a teenager. We made fun of him because we were teenagers and he wasn’t.

In a field a few blocks from her house we had a snowball fight. I threw snowballs at her and she threw snowballs at me and we rolled in the snow. We shoved handfuls of snow into each other’s clothing. Her hand opening my shirt touching my chest. My hand down the back of her pants. Parts of our bodies we had not yet touched. Had not seen in the dark of a bedroom.

Caleb followed us down to the field and asked to play. He wanted to be involved in the snowball fight. Our fun. But he was just a kid and we were just teenagers and we were acting like girlfriend and boyfriend but didn’t use those words. And even if he was a kid he couldn’t see us acting that way.

Caleb knew us both from before. Separately. He had some strange power over us by bearing witness to our behavior. He was the only one outside of ourselves that knew we acted like girlfriend and boyfriend.

He was a spy. I knew it. He could tell his parents or my parents that Audrey wasn’t just my friend. That we were a couple. If they knew we were a couple they could take that away from us. They could end it.

I needed them to think we were just friends so nothing had to end.

We didn’t know it at the time but we would never be girlfriend and boyfriend. There might have been a possibility for it long long before the day with Caleb but it passed somewhere silently. We never once used any of those words.

We told Caleb to leave us alone.

He threw snow balls at us. He threw snowballs mostly at her. Mostly he was mad at her because he had known her longer. Because she wasn’t some new family. She wasn’t someone he was still trying to figure out.

He knew us. He should be able to play with us. He threw snow balls at us harder and harder. We wanted it to be quiet again. We wanted there to be no words no eyes. We only wanted to do. To touch. To be two people in the snow.

Caleb ran after her and jumped on her and punched her repeatedly in the chest and face and body. He put his entire weight into her and hit her until I pulled him off.

He ran back to his house. We walked back to hers.

Later Caleb’s dad came over and told us we had acted terrible.

“You have no right to talk to Caleb like that,” he said.

He told me he was disappointed. That he didn’t understand me. He barely knew me and I wasn’t making it easier.

I had crossed a line. There was a moment before all of that happened where I had a chance to be a part of his family. There was a chance for me to feel like I belonged. To feel love and acceptance of a new family. To make my stepdad happy. To prove he was raising a good person.

But I wasn’t a good person.

Audrey and I stopped hanging out after that year. When we started high school we didn’t talk to each other. It was my choice.

One night when she was 14 her dad had a heart attack in the living room recliner. He was watching tv after dinner. They found him the next morning. The tv was still on.

She called me a few days later. Because I had gone through the same thing. Because my dad had died suddenly. Because I had felt her pain and was one person who could relate. Because we had been the closest thing to girlfriend and boyfriend as two people could be without using those words.

Then I hung up.

I didn’t go to that funeral either.

I couldn’t apologize to Caleb.

There were no amends for me to make.

At the funeral there would have been more action without proper names. Handshakes and shallow hugs. Half smiles and solemn nods. But we would all know what was underneath.

I was a bad person and I wasn’t worth the energy it took to fake it. I didn’t want to know what they had all known for years.

Graham Irvin is from North Carolina. He has an MFA from the University of North Carolina Wilmington. His writing has appeared in The Nervous Breakdown, X-R-A-Y Literary Magazine, Maudlin House, Back Patio Press, Punk Lit Press, and a few others. He currently lives in Philadelphia. Read more of his work at https://neutralspaces.co/graham_irvin/ and follow him on Twitter @grahamjirvin.