A Reader’s Guide to the Implosion of the Romney Campaign 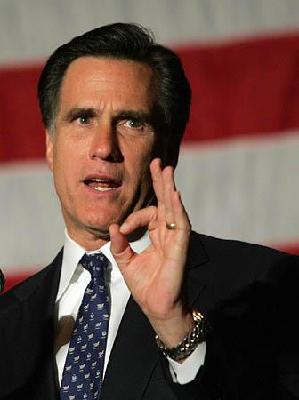 A lot. A lot is going on. In the last forty-eight hours the Mitt Romney for President Campaign has more or less collapsed under its own dumb weight. Articles on Politico and the New York Daily News have exposed the campaign’s structure and message to be in complete and utter turmoil. Within hours several news sources, networks, magazines, newspapers, and blogs were running red with the newly struck blood.

Then, to compound the problem, a video of Romney speaking to a fundraiser was released in which he said that forty-seven percent of the nation, Obama’s base, was “dependent” on the government. It was crass, badly articulated, and pretty offensive.

Q: Oh. How did Mitt respond?

Badly. He called a late-night press conference which, in addition to being clumsily handled, made the issue seem like a major news item and only stoked the flames of controversy.

Q: Why is this all happening right now?

We’re now entering what I like to call the “Rats On A Sinking Ship” Stage of the presidential campaign season. We’re nearing the general election and one of the sides is realizing they are more than likely going to lose. Political operatives are not idiots and they are startlingly career-oriented. Nobody wants to shoulder the burden of ruin and are concerned with where their next jobs are going to be.

More often than not it begins with a few leaks in which campaign members and advisors speak off the record and mention a fall person – in this case advisor Stuart Stevens. Eventually the narrative begins and nearly everyone employed piles on. This serves only to weaken a campaign that’s already faltering and eventually, as we saw with the ill-fated McCain/Palin ticket, snowballs into a remarkable defeat.

Q: Is this Stevens guy responsible?

Stevens is responsible for the amateurish dog and pony show the campaign has become on a daily basis. More than likely he played a role in releasing the statement that decried the Obama Administration on the embassy situation last week and embarrassed the operation. Additionally, he’s the one who let Clint Eastwood go onto a nationally-broadcast stage without prepping, a script, or even an idea as to what he was going to say or do. That right there was enough to derail any momentum Romney could’ve had after naming Ryan his running mate.

Stevens’ biggest sins though were much more damning: 1. He re-authored Romney’s acceptance speech and forgot to include a reference to an ongoing war and 2. He was responsible for that debacle of a convention. By forgetting to mention the troops or their effort he painted Romney into a corner that was very easily avoided. The convention itself turned into a hate-fest that didn’t play well on TV and more or less handed the post-convention narrative to Obama.

That being said, the man really responsible is Romney himself. Leaders see problems in their campaigns and they fix them. Romney has been content, since the primaries, to sit on the sidelines and let his apparatus think for him. The result has been an uneven effort that has failed to increase enthusiasm or even provide a consistent narrative. Romney’s lack of political acumen and unwillingness to take charge has doomed this effort from the very beginning.

Q: Is this election over?

Unless something major happens – a full-on war in the Middle East or a scandal – it probably is. Obama, in comparison to Romney, is a level-headed leader who handles his business without much drama or uncertainty. He is, after all, a professional politician. Romney isn’t. He’s a businessman who happens to be well-connected in terms of raising funds and has a wonderful head of hair. He’ll probably lose by at least seven or eight points simply because we have a ridiculously concrete two party system.

Q: Could a competent Republican have beaten Obama?

This is probably the most interesting question of the 2012 Election. Obama has done very little to help himself other than sit back and let Romney fall apart. He hasn’t done much to explain the beleaguered economy. He hasn’t given a vision of what a second term would look like. He hasn’t  given much of a vision for anything other than how he and Romney differ.

To put it another way: he hasn’t been tested. There’s a lot of Michael Jordan in Obama, which means he gets up for the Big Tests, but there’s no telling if whether or not a Chris Christie or a Jeb Bush could’ve twisted the knot of economic slowdown enough to eek out an electoral victory. We could’ve seen a real campaign in which substantive issues were debated and a course discussed. We could’ve seen the best that our president had to offer. Instead, we got amateur hour.