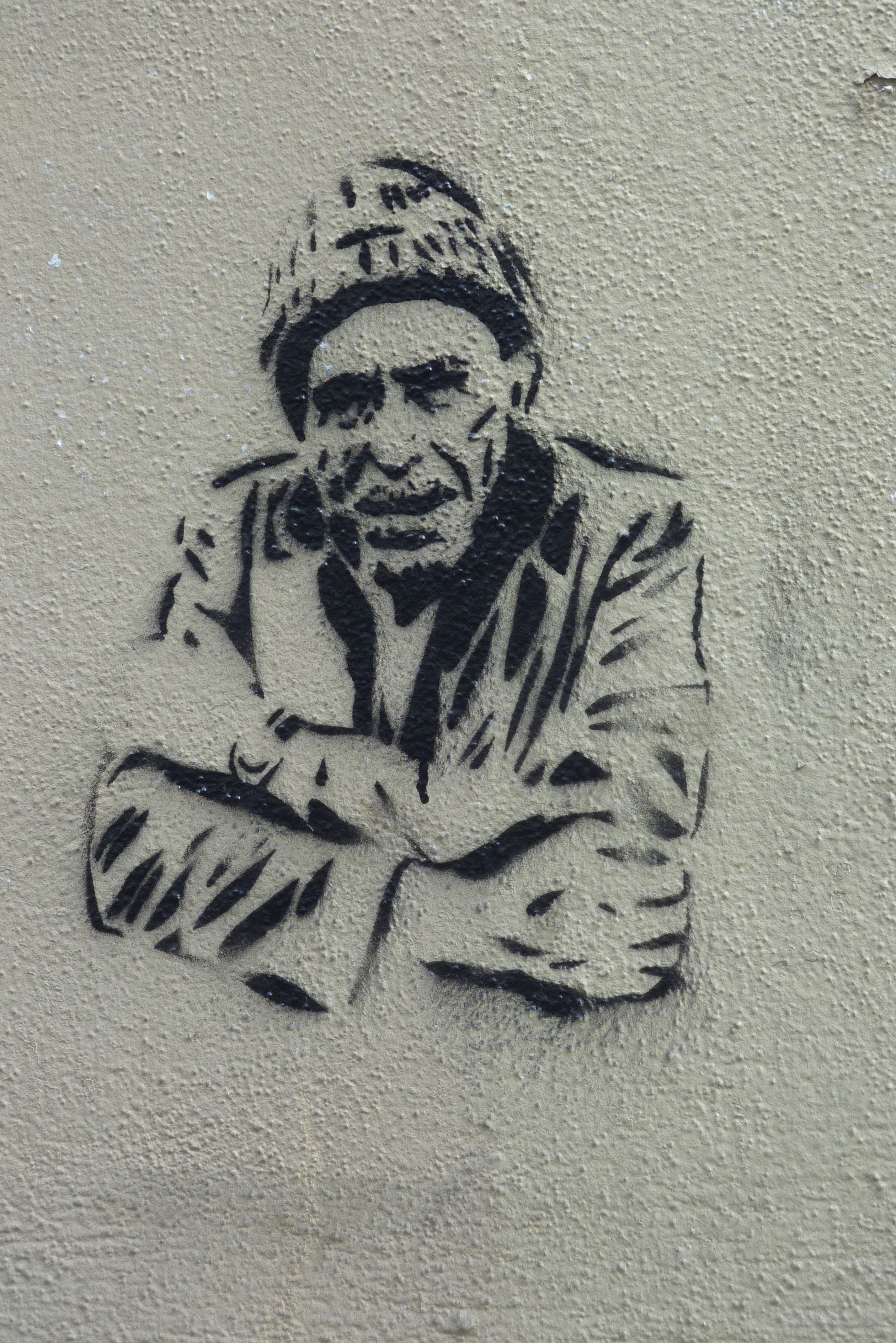 I found out about Charles Bukowski, the most famous underground writer in American history, while reading through, of all things, a Poet’s Market. I was in the US Army, stationed near Chicago, and I had written some poems, inspired mostly by Edgar Allen Poe, William Carlos Williams, Gerard Manly Hopkins and a few other three-name poets, and I thought I would try to get a couple published. In that Poet’s Market one name was repeatedly mentioned: Bukowski.

I never heard of him. In fact, at that tender age, before the internet, when underground or obscure writers were generally not found in your public library and Barnes & Noble, I had not heard of a great many poets. So, curious, having liked excerpts of his I read in Poet’s Market listings, I told my friend Eric Matthews about him and together we took the Metra into Chicago on a quest to find a book by this poet.

We went to a couple of large bookstores and had no success and then we came upon a smaller one and hit pay dirt. Here was the biggest poetry section I had ever seen in a bookstore, and it was filled with books by Charles Bukowski. It was hard not to blanche at a book’s price, which was three times as much as I paid for paperbacks and much more expensive than those library books I ran through quickly, but I plunked down for a copy of Mockingbird Wish Me Luck while Eric purchased Dangling in the Tornefortia.

We took our purchases and went to get a slice of pizza and read while eating. I knew this was something different, something I had not experienced before. This was the kind of poetry I wanted to write. Not exactly, of course, but near enough that I could smell a little of myself in those lines. I was by then already a huge fan of Carver and Saroyan, but Saroyan never wrote much poetry and I didn’t read Carver’s. It may well be I didn’t know Carver wrote poetry at that point. But what I saw in Bukowski’s work, which came after Saroyan but before Carver, was poetry like they had done with fiction.

I cannot possibly hope to explain to you the rush I felt reading those first Bukowski poems. I think even then I knew I was having a life altering experience. It wasn’t so much what Bukowski was saying—I would later despise much of what he said—but how he was saying it. Gone from this poetry was much of its artifice. In most poems, clarity was prized over confusion. Jargon was left at the doorstep. Diction was elevated from every day use but not so much so as to be grotesque and unrecognizable to most people. Rhyme was forgotten completely. And Bukowski seemed to have never heard of, or, more likely, cared about Williams’s dictum there were no ideas except in things. Bukowski’s ideas were not just in things, but in action and dialogue, sometimes right out of the poet’s mouth. In this way, Bukowski (and those like him, though I did not know it then) was both something new and something old. New in his approach to how language was to be used in a poem, old in that it did not live in mortal fear of being found out. It played loose and free with enjambment and diction, but it took poetry out of the unintelligible and placed it back in the hands of the lucid Shakespearean sonnet.

There is no way I could have explained any of that then, but I could feel it in a way others felt it—that we had been given a lot of shitty poetry, mainly from academics, for 50 years, and that it didn’t have to be that way.

Eric and I continued reading on our train ride. On our way to his room we stopped to get a bottle of rum to drink. I don’t believe this was in reaction to Bukowski. We just sometimes drank on weekends like other young men in their early twenties. While we drank our rum, we read more Bukowski aloud.

I did not know then, but that many young men thought this (and continue to think this). Bukowski has legions of imitators, almost all terrible, none as successful. And yet when I did find this out eventually it did not derail me because I never set out to write like Bukowski. I only wanted to liberate my verse from two flaws: pretension and pointless abstruseness.

Over the next months I would write hundreds of poems.  A few were good, most were not. What looked so easy climbing stairs returning to my room that night turned out to be exceedingly, almost painfully difficult. Still, I kept at it. The first poems I sent out were accepted by an exceptional but small literary journal in New York. (If I remember correctly those poems appeared in an issue alongside a young Sherman Alexie.) Then I promptly got 30 rejections in a row.

While this was going on I began to frequent smaller bookstores in Chicago and there I came across poets that influenced me more than any others. Edward Field, David Kirby, Billy Collins, Ron Koertge, Suzanne Lummis. Gerald Locklin. I eventually came around to discovering Carver’s verse. And so on.

Along the way I began to think less and less of Bukowski’s poetry. I saw now that he was deeply indebted, not just to prose writers like Saroyan and John Fante and thinkers like Sartre and Nietzsche, but to verse writers like Edward Field.

Moreover, I didn’t care for Bukowski as a person. My father was a drunk. Nobody is ever going to romanticize or glamorize drinking for me. Only drunks think getting drunk is fun or interesting or heroic. Or people who have never been around alcoholics. Later, after I was out of the army, I watched a documentary called “The Bukowski Tapes,” created by the guy who directed the Bukowski-scripted film Barfly, in which Bukowski tried to kick his wife (perhaps she was still his girlfriend then) while they argued. Here was a guy who in his writing tried to come off as a tough guy and now he was kicking a woman half his size like a kid throwing a temper tantrum.

Nope, I still didn’t like drunks. Still could not respect them. Still had no wish to be around them.

If that wasn’t enough, Bukowski made it clear he held writers like me in contempt, writers who struggled to write and get it right. Despite being well into his forties before he witnessed any kind of writing success, he nevertheless talked about every writer less successful than himself as if they were garbage. Some guys ate that up. I guess they got off on being abused. I didn’t.

Finally, there was more than enough evidence Bukowski was a terrible friend who would turn on you for nearly nothing and screw you over just for the laugh. Books like Steve Richmond’s Spinning Off Bukowski taught me that.

So, I ended up disliking the guy. And I still don’t like him. And if he was alive today, I have no doubt he would hate me. He would find almost everything about me loathsome, from the way I make myself write every day, to my love of reading, to my fidelity to my wife, to my Christianity, to the fact that I have largely become a teetotaler as I’ve gotten older.

And yet as these years go by I remind myself from time to time that Bukowski, as much as Saroyan and Carver, was the gateway for me to my kind of writing. Not every angel is going to come with a halo. Some are going to come carrying a sword and some a snake and some a bottle of port. You can’t pick your directions based on which sign you think is most attractive, not without finding yourself lost in a place you have no business ever landing.

Even more, I try to remember what it was like reading those first Bukowski poems, sitting there with my pizza, my best friend seated across from me, my young mind so anxious to learn and soak in everything, not just what was in Bukowski’s book, but the cars outside, bums panhandling, squeal of the Metra as it started forward.

I try to remember the thrill of those poems before Bukowski’s biography and personality poisoned much of it. I try to remember walking up those stairs, still reading, wanting nothing else but more of those words, no longer sad about the book’s cost but sorry I hadn’t spent more money on other Bukowski books and promising myself at the first opportunity I had to go buy others because I could see my way forward now, see the path I had to tread.

I try to remember all of this and give Charles Bukowski the forgiveness and even love I know he would never give me.

James Valvis has placed poems or stories in Ploughshares, River Styx, Arts & Letters, Southern Indiana Review, Natural Bridge, Tampa Review, The Sun, and hundreds of others. His poetry was featured in Verse Daily. His fiction was chosen for Sundress Best of the Net. He's a recent finalist for the Asimov's Readers' Award. A former US Army soldier, he lives near Seattle.