On Subtraction and Rereading 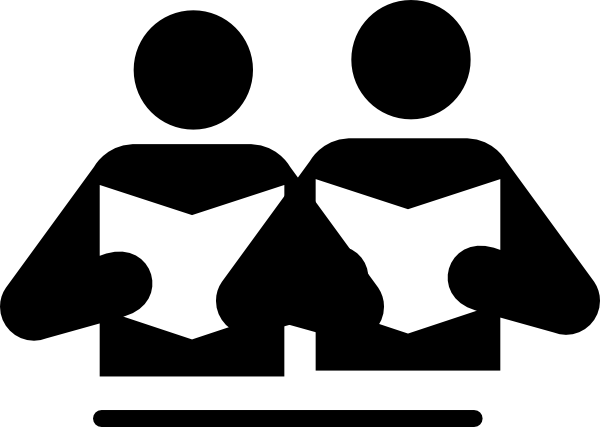 I’m a believer in subtraction. In anything. From people to foods to electronics. I think more is less and less is more. If not for the fact that I love my writing and my family, I think I would make a good monk. I might even make a respectable stylite or pillar saint. Those were monks who climbed atop tall pillars and lived there the rest of their lives. The most famous of these was Saint Symeon the Stylite, who lived atop a pillar for 37 years, using the time for contemplation about God.

The virtues of subtraction are almost too many to enumerate. But the biggest one is simply this. With everything that is subtracted everything else becomes that much more valuable. If you have a thousand friends, each one doesn’t mean much. If you have but one, he means the world. If your table is full like on Thanksgiving every night, each meal becomes ho-hum and many foods will go untried or even unconsidered. However, if you hardly get to eat, then a slice of bread can be a banquet.

This does not mean that subtraction is easy. Far from it. In the modern west, where we have such a wealth of everything, it is very easy to accumulate. Consider books. There was a time when families would save a year or more to buy a Bible and it was passed down from parent to child, generation after generation. How differently do you think those people viewed the Bible than we who can lift a new one every time we visit a motel or get one merely for the asking? It is perhaps one of the great ironies of Christianity. Thanks to the tireless efforts of Christians to get Bibles into the hands of Christian people, it has become the most widely owned and the least commonly read book. If Christians were smart, they’d start banning Bibles and start giving away THE GOD DELUSION.

In any event, putting aside this abundance is incredibly difficult. We understand a food glutton when we see one and the world regularly shames the obese, but one doesn’t have to travel far in the literary world to see that book gluttony is universally celebrated. Friends send me through email or post on Facebook photos of immense libraries, elaborate book shelves, houses brimming with books, and even completely impractical sculptures or structures made from books, as if they do not know the purpose of a book is to read it. In one especially popular internet meme, a movie-maker tells people if you visit someone and they do not have a lot of books you shouldn’t fuck them. I guess in all that reading he’s done while making movies so people won’t have to read, he never came across a synonym for the vulgarity “fuck.”

I’m not going to lie and tell you I do not have a lot of books. My contributor copies from journals where my work appeared take up three overflowing shelves by themselves. I have five shelves of books on writing. Everything from my old, beloved dog-eared and highlighted copy of Janet Burroway’s WRITING FICTION to books on how to write romance novels to writing journals by several famous authors. There are nine shelves dedicated to mystery novels, including one each for George Simenon, Erle Stanley Gardner, Agatha Christie, and Robert B. Parker. There’s a horror shelf for me that is filled up with mainly Richard Laymon books to go along with my wife’s two shelves of Stephen King’s books. There is one shelf of science fiction pulp magazines and another with the classics of literature. I have one entire bookcase devoted to local writers. And of course the poetry section, which became so heavy that it busted the shelf and now lies at a cockeyed angle behind me, which seems to me such a fine metaphor for poetry that I’ve left it alone.

In all I estimate I have several thousand books. And yet there was a time when I didn’t have this many, when in fact I only had two. I was a young man then, just recently graduating from community college, and I was setting off to live with my sister in Jacksonville, Florida. Before I left I purchased two books, one of which was Raymond Carver’s WHERE I’M CALLING FROM.

For a long time I carried that book with me. I seldom had many books and a couple of times, when I found myself homeless, I had no other books at all. Because of this extreme poverty where I lacked even the ability to travel to a library, I was forced to read and reread and reread the Raymond Carver book.

I didn’t know it at the time, but I had been given a great gift.

What you see in good writers is an intense devotion to one writer, often one book. This writer or book is read and reread and reread until it can almost be recited on demand. Whole passages may be committed to memory. Entire storylines are easily recalled and retold plot point by plot point.

This is how it became for me and that Carver book. It was an intense study of a single author driven not by design but merely out of inclination (I love the stories) and by need (I had nothing else.) I have seen others say they are influenced by Carver and then go on to name forty others. They are not influenced by Carver to any greater degree than I am by whatever book I happened to have just finished. To really take in a writer’s work you must not just read it, but you must reread it almost to the point of absurdity. You must live inside that writer’s mind and words until you know them as well as the writer does. This is how it was for me and Carver. And me and Saroyan. And maybe a couple of others. It is not how things were with me and Robert B. Parker, whose books I read, enjoy, and then set on a book shelf to forget about, maybe for all time. This is not a knock on Parker. I like his work plenty. But he remains a writer acquaintance and not a writer spouse.

If you look at the Good Reads site, you will see people who are scurrying from book to book. These people are very good readers and God bless them, but they may be wondering why they can read so much and yet never improve much as writers. And it is simply for this reason. They are going into the book or author on a very surface level. They are learning only little from each. To truly wean from that master all you want, there must be an intense study of that work and artist over a period of years. And in our throw-away culture, where people are hardly done with one thing before they are rushing off to the next, this is rarely being done.

There is, of course, nothing wrong with wide and diverse reading, but if it comes at the expense of deeply reading anything, if you can only skim the surface of a master because the next master must be skimmed, then I say you made a bad bargain. Just as I would if you had a thousand lovers and no one to love.

The other day, surrounded by my many thousands of books, most of which are new or never read, I picked up that old Carver book, its cover now rumpled and creased, the pages browning, the old pen marks where I put the dates when I read each story the first time and underlined the stories I liked best for rereading. I picked it up and began reading again and instantly I had once again climbed up onto my literary pillar. It was wonderful. As the room around me faded into a blur, I read all afternoon those much-missed stories, those beloved old friends who taught me so much.

James Valvis has placed poems or stories in Arts & Letters, Asimov's, Barrow Street, Ploughshares, River Styx, The Sun, and many others. A former US Army soldier, he lives near Seattle. You can visit him at: http://valvis.net/