Shining the Shoes of the Shoeshine Man 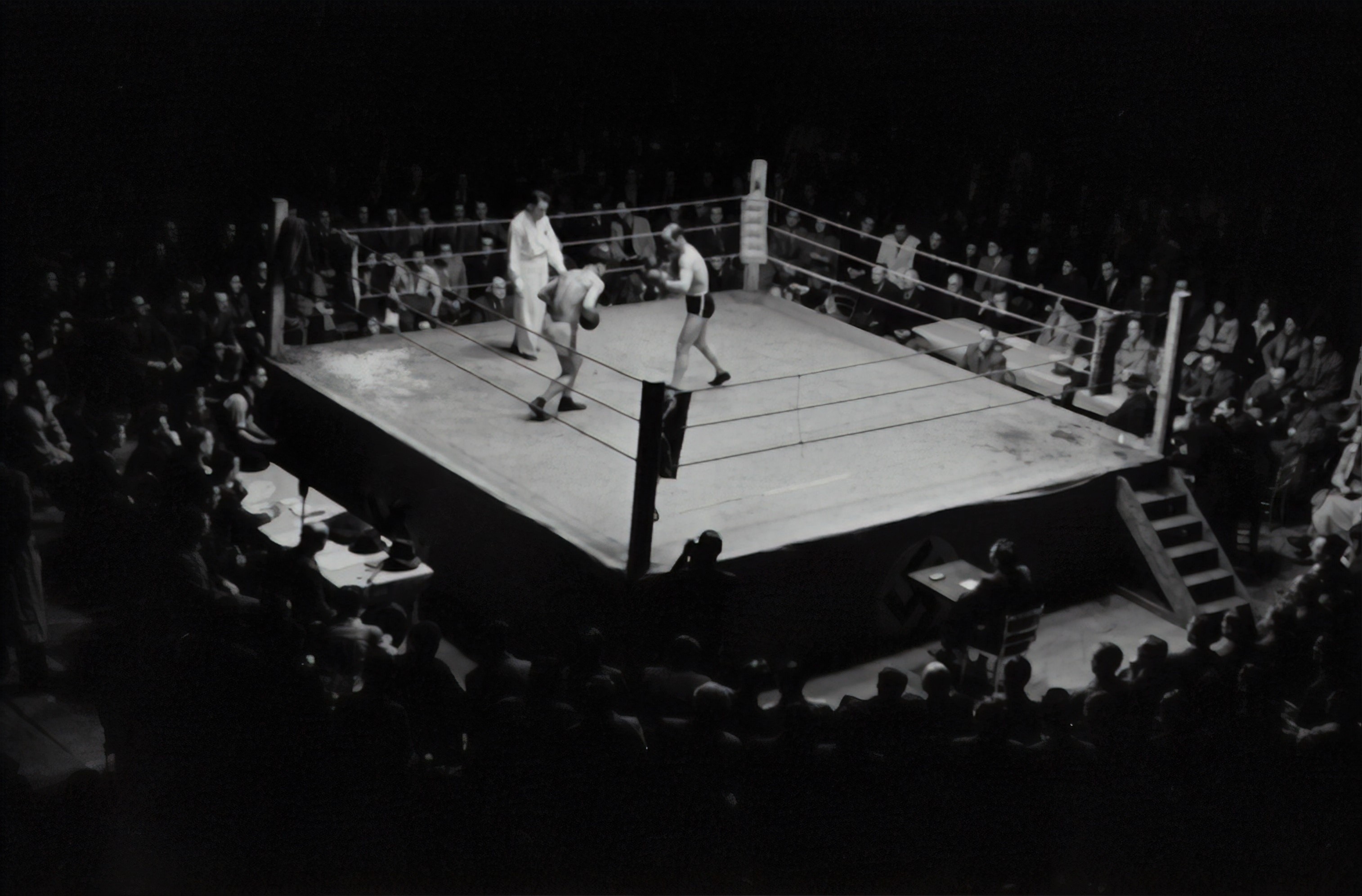 There’s a poem by the writer Charles Bukowski I’ve always liked, called “One for the Shoeshine Man.” Howard Sounes, the guy who wrote the best book about Buk, must have liked the poem, too. He took the title of his biography of Bukowski from the poem:

if you see me grinning from

driving straight into the sun

I will be locked in the

One could do worse, in terms of titles, than Locked in the Arms of a Crazy Life. There is of course more to the poem, other beautiful turns of phrase and glowing passages showing Buk not only in rare form, but in a truly unguarded moment where he acknowledges a swelling of feeling for his fellow man, or at least some of them (something he was loath to do in most of his other poems, including one in which he chastised poet Carl Sandburg for his Pollyannaism in The People, Yes).

Here is a bit more from “Shoeshine,” with the eponymous shoe-shiner being referenced by name:

there is that which helps you believe

in something else besides death:

somebody in a car approaching

on a street too narrow,

and he or she pulls aside to let you

by, or the old fighter Beau Jack

after blowing the entire bankroll

humming, breathing on the leather,

looking up and saying:

“what the hell, I had it for a

while. that beats the

Who was this Beau Jack? He was, according to trainer Cus D’Amato, the greatest lightweight boxer who ever lived. If you don’t know who Cus D’Amato was, he took three men from tears to glory; the shy, undersized and unappreciated Floyd Patterson, the light-heavyweight champion Jose Torres, and “Iron” Mike Tyson, who would go on to become the youngest man ever to capture a world title at heavyweight. If you don’t know what Cus looked like, try to imagine a slightly squatter, slightly crazier version of Marlon Brando’s bald Colonel Kurtz from Apocalypse Now. Then just to round out the picture, replace a remote Southeast Asian village with a rundown house in Catskill, New York.

Use Google to type “Cus D’Amato” in conjunction with “Beau Jack,” then hit “enter,” move the mouse over to images, and prepare to be presented with a photo of the relatively young trainer bent over the shoes of the aforementioned lightweight great, at a shoeshine stand in front of the historic Fontainebleau Hotel in Miami.

The story behind the photo: Cus was in Miami at the time with his ward Floyd Patterson getting ready for a scheduled rematch with Ingmar “Ingo” Johansson. The trainer had spotted the former lightweight phenom, a man who posted a brace of wins against two all-time greats in Fritzie Zivic and Henry Armstrong in 1943, and fought at Madison Square Garden, the Mecca of Boxing, more times than any other fighter in history. The man offered to shine Cus’s shoes, which the irascible old trainer could not abide. Cus bent down, not in obeisance, but in the kind of deference a knight shows his liege, and shined Beau Jack’s shoes like it was a privilege. And it probably was.

Did this gracious act from one senior member of the Cauliflower Cognoscenti make up for all the exploitation Jack had suffered, the fleecing that eventually left him bereft of most of his senses and all of his money? I doubt it. He died indigent in a Miami nursing home, of complications arising from (possible pugilistic?) Parkinson’s. But he looks happy in the photo and appears to be humbled by the deference of the usually-tyrannical Cus, who worked the leather with that rhythm of which Johnny Cash once so famously sang.

Yes it’s all somewhat sad, bittersweet, but do you want to feel some real pain, undergirded by a strong sense of rage that all should feel on behalf of all the pugs who were screwed out of their wits and winnings?

Assuming Beau Jack blew his bankroll (and I don’t have his books here for an audit) the man’s pile of cash still should have been sufficiently larger than however big it ended up being before all the parties, the parasites, and the women (it’s a Bukowski poem, so people-of-uterus are going to get at least a glancing blow).

In August of 1944 Beau Jack met Bob “Bobcat” Montgomery in Madison Square Garden for some unfinished business, their last donnybrook in a memorable quadrilogy.

The sellout crowd who saw the men fight paid a record gate of $35,000,000. You read that right. Adjusted for inflation in 2019 dollars that would come out to something like $523,217,946.54. The fight was hosted to raise funds for war bonds to support the effort overseas, which meant that neither Jack nor Montgomery saw a penny of that money. At least, however, unlike Joe “Brown Bomber” Louis, they didn’t fight exhibitions and donate their purses to the war effort only to have Uncle Sam turn around and tax them on the income that should have resulted in a hefty write-off rather than a massive levied fine.

Life is good at screwing us all, but if you boxed (especially in the days when the IBC was a Mafia-controlled, multi-tentacled monster that sucked fighters dry) you got it extra hard and without Vaseline. If you happened to be a black boxer …I have no metaphor at the ready to even describe the unlubricated screwing you got.

And yet, just as the poet Bukowski once said in another poem (“the crunch”), there is a part of me that refuses to accept that it is all so simple as the screwed and the screwers (sic). Those who spend all of their time trying to screw others out of money many times, I think, screw themselves out of their souls. Or at least I hope they do. As William Burroughs once said: “Hustlers of the world, beware. There is one mark you can’t beat. The mark inside.”

who put this brain inside of me?

it says that there is a chance.

it will not say

Is the brain itself just an obstinate, foolish lump of meat that lies to us? Ditto for the soul? I ask myself with this brain that won’t shut up: Was Jack wrong to hum while shining shoes, rather than stewing and thinking about the money he’d been screwed out of by shyster promoters, managers, mobsters, and hell, an entire government?

Cus D’Amato himself was accused of being a windmill-tilter many a time in his battles with the mafia-controlled world of boxing. People got hurt or killed for being quixotic in the Hurt Business, sometimes incurring more punishment than their fighters. You want Exhibit A? Look up “Ray Arcel beaten with a Pipe” and then get back to me.

Perhaps there are worse things that being a fool, though, especially a fool who takes a beating for his beliefs.

Did you ever read that short story by Isaac Bashevis Singer, “Gimpel, the Fool”?

Here’s a Cliff’s Notes version: Gimpel is a hardworking baker who is the butt of a lot of the jokes in the shtetl where he resides with his wife and multiple kids who he thinks are his, but aren’t. His wife has cuckolded him, and not only does he take her word for it when she says the kids are his, he’s prone to believing whatever anyone tells him, no matter how outlandish. Gimpel is so credulous he makes Forrest Gump look like Machiavelli.

One day, however, Gimpel returns home from the bakery to find his wife on her deathbed (it was also many times before undoubtedly her adultery bed). She confesses to him that none of “his” children were his. It had all been a lie.

Gimpel staggers around in a blind fog, realizing finally what was blindingly obvious to all those around him, foe and so-called friend alike, that he had been a fool lo all these years.

While staggering he sees an apparition of a dybbuk, which, for our purposes, is sort of like a lesser minion of Old Scratch, only a malevolent sprite (usually the soul of a dead person) in Orthodox Jewish demonology rather than in Protestantism.

This shade comes to Gimpel and tells him that the whole town has been laughing at him not only behind his back but sometimes pretty openly, and that as revenge for all the humiliation Gimpel has endured, he should pee in the yeast he uses to make bread. That way when people buy his baked goods they will at least suffer a bit of what he’s suffered.

Gimpel does the dybbuk’s bidding, pisses in the yeast. But before he can take the unrisen dough to the oven and bake himself some urine-based loaves for the day, he finds his moral bearings, or rather regains them since he was a good man at the beginning of the story. Instead of cooking the bread, he buries the piss-soaked yeast, which confuses his apprentice baker, who’s only thinking of the waste of inventory.

God is proud of his holy fool, and tells Gimpel words to the effect that it is easier forgiven for a man to be a fool for his whole life than for him to be cruel for an hour’s time.

As jaded as I am, and as royal as the screwing I’ve received has been, I still get some solace from the story of Gimpel, that poem by Bukowski, and that image of Cus shining Beau Jack’s shoes.

I am a fool and would prefer to remain one. It beats the alternative. There are many ostensible winners who are lost beyond saving, and there are men who have seemingly failed, but have secured victories that, if and when a final reckoning does occur on the other side of this mundane Veil of Maya, will allow us all to hopefully find out once and for all who should have been shining whose shoes all along.

Brief Bio: Joseph Hirsch is the author of many published works, including several novels, novellas, and many short stories. He holds an MA in Germanistik from the University of Cincinnati, and previously worked as a sports correspondent, covering boxing matches around the globe. He can be found online @ www.joeyhirsch.com
← MEAGAN LUCAS
Will You Completely, Eagerly, Hungrily Devour me →