Essay by Ruth A. Rouff 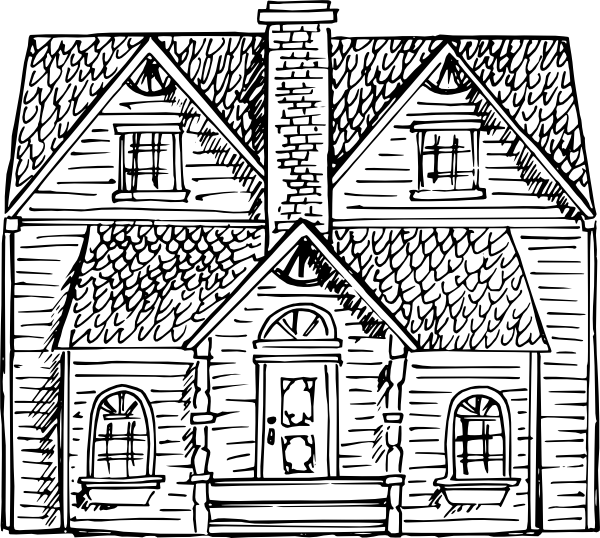 “Tommy!” Mrs. Del Vecchio shouted at her son from the side door of their house.

“Whaty?” Tommy shouted back. He and I were playing catch with a rubber ball in the street in front of my house, which was two doors up from the Del Vecchio residence.

The “whaty” was one of the things I liked about Tommy: his cheeky sense of word play. It was a simple thing, and hardly the height of wit. Yet none of the other kids on the street—the Joeys and Bobbys and Johnnys and Debbies—said “whaty” when their mom or dad called them.

I was “Ruthie” some of the time. But my mother called me Ruth Anne, so I couldn’t very well say whaty when she called me.

I watched as Tommy trotted off toward his house. He was a nice kid, but lately I felt bad for him because of his dad.  Sometimes we kids—my younger brother Art and Joanne Muhlbacher from across the street and others—would play board games like Sorry! and Parcheesi and The Game of Life on the round patio table to the side of Tommy’s house. As we rolled the dice or spun the wheel under the patio umbrella that shielded us from the sun, we concentrated on the rewards and pitfalls of the games. But sometimes we’d notice Mr. Del Vecchio entering or leaving his house—a gloomy figure even in the brightest sunlight.

Although Tommy’s mom was always cheerful, and would sometimes serve us root beer or Coke in real glasses, I don’t recall Mr. Del Vecchio ever speaking to us kids. Even though he couldn’t have been much more than 40, he was rail thin, and his head was completely bald—like a cue ball. What’s more, there were marks along one side of his head that I much later realized were suture marks. He never looked happy.

When I asked my mother why Mr. Del Vecchio’s head was completely bald, she told me that he had a cancerous brain tumor.

“When you get radiation treatments, your hair falls out,” she explained.

I guessed that was why Mr. Del Vecchio looked grouchy all the time. He had something awful growing in his head—like mold, only worse. I wondered how he acted toward Tommy. I suspected that Tommy had to be on his “best behavior” at all times, but somehow I couldn’t imagine Tommy managing that. Around us, he was a lively boy.

“Ah, poop!” Tommy would raise his hands to his head and wince if his token landed on a bad square during one of our board game afternoons. Sometimes he would win and sometimes he would lose, but he was never a sore loser.

That August Tommy and I decided to create a spook show in my family’s garage. Our immediate impetus was that the Kaminski kids over on Lansing Drive had had one in their garage, which we had both checked out. All they had were some threadbare sheets hanging from the rafters and some kid running around in a sheet.

Another thing I liked about Tommy was that he was willing to hang out with me, a girl. It helped that I was a bona-fide tomboy and not a girly-girl who was content to play with dolls. (Actually, I did play Barbie dolls with my friend Kathy, but that’s another story.)

Before we began, I asked my mother for permission. I knew she would give it. She had had seven children. I was the sixth. Micromanaging us was beyond her energy level at this point.

The next morning we opened the door of my family’s garage and began setting up the show. Art joined us. We had to keep the garage door nearly closed because we didn’t want anyone seeing our preparations. Our “centerpiece” was a dark blue, battered trunk I had taken to camp a few summers earlier. Now it was doing double duty as a tomb. At its head we placed a cardboard grave marker with “Ichabod Crane” and 1776-1805 inscribed on it in magic marker (I had recently read a Classics Illustrated version of The Legend of Sleepy Hollow). The way we had planned it, I would lead guests around and point out the tomb.  When I exclaimed, “He died of fright,” Art, clad in a Halloween skeleton costume and mask, would rise out of the trunk and wave his arms around menacingly before sinking back again into the trunk. (The whole show lasted only a minute or two, so he was in no danger of suffocating.)

Tommy was pretty good with a hammer and nails, so he climbed up a ladder and hung my mother’s old beige curtains from the rafters to break up the space. When our next-door neighbor, Kevin Schmidt, popped his head into the garage to see what we were doing, I got an idea and looked around. There was an old chain in one corner of the garage, near a bald tire.

“Here, you can rattle this,” I told Kevin.

“Can I howl too?” Kevin asked.

“Think I’ll ask my mom if I can take one of her old pots to bang on,” Kevin mused. “You know, footsteps…”

I forget whose idea it was to place a red devil’s mask over the utility light by the garage door, but it was a good one. By jerking a long string, Tommy could turn the light on and off, so it would seem like the devil had glowing eyes.

Tommy had another idea.

“I think we should give out prizes,” he announced. “Anyone who comes to the show gets a chance to win a prize.”

“The g.g.p?” I had to laugh at Tommy’s nomenclature. “Sounds good,” I said. Tommy ran home and back, and brought the yoyo and the fake snake. He carefully draped the snake over the mock tombstone.

While we were still setting up, my father poked his head inside. Fortunately, he parked the family car on the driveway in the summer, never in the garage.

“What’s going on?” he asked. Evidently my mother hadn’t bothered to tell him.

“Setting up a spook show,” I replied.

He frowned. That was his default expression. Like Tommy’s father, he wasn’t in the best of health. He had already had one heart attack before we moved to New Jersey from Pittsburgh several years earlier. I used to worry a lot that he’d have another one. His face would get red with the slightest exertion, and he often coughed. He had a heart doctor, but this was before they did bypasses, so there wasn’t much doctors could do if you had arteries blocked from decades of cholesterol.

“Well, don’t get into anything,” he growled, and left. I was relieved. You never knew how my father would react to things. If he was in a particularly bad mood, he could be quite nasty.

A day later the spook show began. The neighborhood kids had this amazed look on their faces as I guided them around the garage. Tommy switched the devil light on and off and on via the long string. Art popped out of the steamer trunk on cue, while Kevin made hellacious noises behind the back curtain. Some of the kids were so impressed that they paid a dime to see the show again.  I forget who won the prizes. All told we made a few bucks. But the biggest payoff was entertaining the kids. We lived in a development where you had to get an adult to drive you places. The spook show was something we kids accomplished on our own.

A few months later, I learned that Tommy’s dad had died. The radiation treatments—which had probably been very crude—hadn’t helped at all.

The next summer, my father suffered another heart attack and collapsed late one evening at the dining room table. Ever the conscientious metallurgist, he had been outlining some project for work one night on a yellow legal pad when he was stricken. He was dead by the time the ambulance arrived.

Neither Tommy nor I ever talked to each other about our fathers’ deaths. We continued to play catch and sometimes “kick the can” in the street as if nothing had happened. Mrs. Del Vecchio still shouted “Tommy,” and he still replied “what-y.” Sometimes Mrs. Del Vecchio would drive Tommy, Joanne Muhlbacher, and me to a roller skating rink in Glassboro. It was fun going around and around the rink to the corny music. Although Tommy was a much better skater than Joanne or me, I don’t recall him ever making fun of our tendency to hug the wall. About a year later, Mrs. Del Vecchio sold their house and the family moved away—as I recall, they were going back to live with Tommy’s grandmother. That was the last I heard of them, until recently.

Writing all this in the warm glow of nostalgia compelled me to look up Tommy Del Vecchio on the Internet. It would be an understatement to say what I found put a different slant on my warm memories. Staring out from a mug shot taken in Florida was Tommy. I was sure it was he. He was the right age, and he had the same blue-green, close-set eyes, short nose, and round face. Only he was older and grizzled and looked to be a barfly like someone out of Charles Bukowski.

According to the news story—which was from a local website in Florida–Tommy had made drunken advances toward a 9-year-old girl on a public beach—telling her she was beautiful and asking her if she and her adult cousin, who was also present, wanted to go home with him. He had also tripped the 9-year-old and either deliberately or by accident flicked cigarette ash at her. When the girl and her cousin threatened to call the cops on him, he hurried away. But based on his description, the police tracked him down and arrested him on charges of felony child abuse.

The article went on to say that he had a prior arrest for “defrauding an innkeeper.” Amazed, I continued looking through the entries on Thomas Del Vecchio and came across more mug shots. In each one, he looked angry, hard, and defiant. He looked aggrieved—like the kind of guy who felt as if everyone else had something that he didn’t, and he wanted what they had. Evidently, he had been in trouble with the law more than once. His rap sheet, though not lengthy, included grand theft auto.

I printed out a copy of the article and showed it to my brother Art.

“Do you think that’s Tommy?” I asked him.

He stared at it. “Yes,” he said. He couldn’t stop staring at the mug shot. I guess, like me, he was trying to see the child in the man.

This two-bit criminal was one of my dear childhood friends! We still had a photo of him in the family album. In it, he and Art and Kevin Schmidt’s little sister Pam are grinning for the camera. Tommy has by far the largest grin.

Ruth Rouff is an English instructor and freelance writer who lives in Collingswood, New Jersey.  She received a BA from Vassar College and a MS from Saint Joseph’s University. Her work has appeared in various journals, including Exquisite Corpse, Four Ties Lit Review, and Philadelphia Poets. In addition, Townsend Press has published two of her young adult nonfiction books: Ida B. Wells: A Woman of Courage and Great Moments in Sports.

← The Defeatist
Life Stages: An Essay Based on an Interview with Khalil Abdul-Karim →