Truer Than Anything True I’ve just returned from the 3rd Annual Women’s March in my hometown of Northampton, Massachusetts. Other than freezing half-to-death, it was a phenomenally energetic and positive event and a much needed antidote to that tsunami of negativity flowing out of Washington D.C. It is my fervent belief that the more women take political power and control, the better things will be for all of us. Let’s face it: men in this country, particularly us OWGs (old white guys) have really fucked things up. It’s time for new faces and voices, and let them be women’s.

With images of sexism, oppression and white male privilege swirling through my head, the Women’s March and rally brought up a ton of issues, one of which was my writing.

I write romantic comedies with an environmental/socially relevant theme. My first novel, Love in the Time of Climate Change (the world’s first cli-fi/rom-com—woohoo!) starred a community college professor suffering from 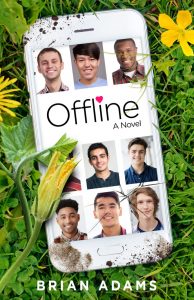 OCD (Obsessive Climate Disorder) and his search for true love. My second novel, KABOOM!, a YA rom-com written from a teenage girl’s perspective, dealt with coal mining in Appalachia and teen environmental activism. Offline, my third novel coming out in April, is yet another YA rom-com (hey—it’s all I’ve got folks!) also written with a teen girl’s voice, this time focusing on internet addiction.

One of the many potential pitfalls with writing YA rom-coms as an OWG is that what seems romantic or funny to me may not be romantic, funny, relevant or appropriate to my target audience. My biggest nightmare is that my work come across as offensive, demeaning, insulting and disempowering, even if the intent is totally different.

I knew I should be able to dress however the hell I wanted and not ever be harassed for it. Ever. But try as I might, it was pretty darn difficult not to fall prey to the bullshit, particularly when rules changed overnight following a music-awards wardrobe bombshell.

It was a full time job deciding what to put on in the morning.

Even choosing what to wear for your selfie Facebook photo or dating site profile was stressful. Which angle brought out my best look? Was my face too fat? What about my thighs? And, oh my God, what do I do about my hair?

The whole thing was excruciatingly difficult and screwed-up on so many levels. It was yet another thing that made seventeen so damn exhausting.

I struggled with the above passage. Attempting to write in an authentic teen-girl voice was not easy for me. All boys and men need to genuinely listen to girls and women in a respectful, empowering, supportive way. And men who write with a girl’s voice need to be particularly attentive to the female voice and not appropriate that voice in an age-old inappropriate way.

Did what I write reinforce this conundrum and obsession over looks and dress that so many young women fall prey to with such devastating results? Can men write in the voice of a girl with any semblance of credibility, truth and integrity?

On the other hand I desperately don’t want paralyzing writer’s block to set in with the politically-correct sensor perched ominously on my shoulder, continuously scowling at me, shaming me into self-editing and questioning every sentence I write.

And being a novelist gives me license to write in whoever the hell’s voice I want and write about whatever I want. Write? I mean, right? Isn’t that the beauty of the whole writing gig? Stepping aside from this rigid, confining box we’re in and creating characters so unlike us? Fabricating our own reality through the magic of fiction? Isn’t that what makes writing so wonderful, liberating, even breath taking?

I’m not sure what the take home message is here. I’ve written a couple of novels with a teen female voice because I find that fresh and relevant and exciting and truthful. But it’s still filtered through the lens of my OWG voice.  Does that make my novels disingenuous?

Mark Twain said, “Write what you know.” There’s a ton of truth to that. But for me, the joy of writing is to make shit up.

Maybe it’s better to let a woman have the last word but Ernest Hemingway wants to weight in: “From all things that you know and all those you cannot know, you make something through your invention that is not a representation but a whole new thing truer than anything true and alive.”

Brian Adams recently retired after teaching for 20 plus years at Greenfield Community College in western Massachusetts where he was a Professor of Environmental Science and co-chair of the Science Department. Brian is active in the climate change movement on and off campus. He has authored numerous health related brochures distributed nationally by ETR Associates. For his first novel, Love in the Time of Climate Change, which was a Foreword Reviews 2014 IndieFAB Gold Medal Winner for Humor, he drew heavily on his experiences teaching and working with students. Brian lives with his wife in Northampton, Massachusetts and now devotes his time to writing romantic comedies centered around environmental activism.

← The River Comes and Comes
The Wound-Dresser →