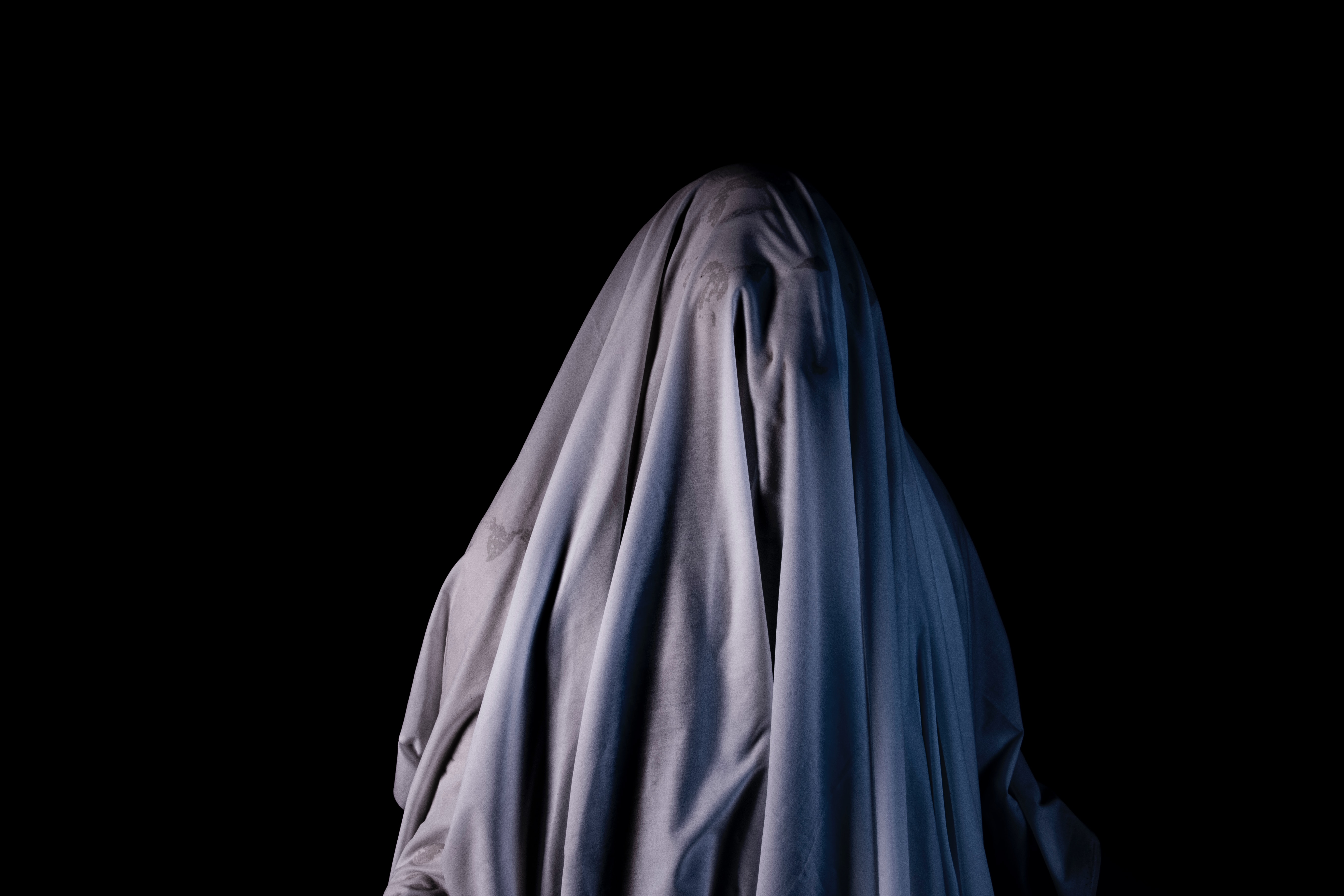 — It’s revolution day, he says. How come you’re not celebrating?

Ghosts are funny that way.

Karim came back in two packages. He was hit in the neck, they said. The squall of ammo was such the head wouldn’t stay in place. After Mama was hauled to Tante Loulou’s I arranged him on a mattress in the living room, then I sat thinking how he hated the army.

I’d hated it too, twelve years before. Even though at that time conscripts weren’t being screwed. But to be in the barracks on July 23. The Gunmen had timed it to make a point. The army is the state is the infidels is the enemy, they believe. And July 23, 1952? A coup. It’s the coup you call a revolution that we call bloody coup. Then I remembered.

The army that staged the revolution was the reason Baba died before Karim was born. Horrid times for the rest of Mama’s pregnancy. It started out as routine road rage. Baba had a car fight with an officer, but the guy was Mukhabarat so there was no way he could know. The next day they were waiting for him outside his dental practice. Military police. Even he had no idea what they did to him exactly. There was no sign of beating on his body. No concussions or wounds. But within a week he had died in hospital. Brain hemorrhage.

That was in 1989. The Gunmen had been hitting since seventy-something and Baba hated them so much he could’ve loved the army.

Now I know you might think otherwise but ghosts aren’t actually white robes that come on like slowly solidifying smoke plumes. They appear and disappear while you’re not looking, that’s all. You walk into a room and they’re waiting, for example. I know because Baba’s been visiting since I was twelve. He looks and sounds exactly as he did when he died. Can I touch him? Sure. He’d been certain there was no life after death so it was kind of shocking to find he had access to his firstborn.

The first time, he came right after Karim was born. If I told anyone, he said, he would stop coming and I’d look like a nutcase anyway. It’s been pretty uneven through the years, though. Sometimes he visits twice a week, sometimes five years go by and nothing. In the period he’d been gone since last time, Karim had finally graduated and so had to go do his service. That was two months ago.

A year or so before, the Gunmen had taken over from the army and for the first time in history we had a Gunman president. Then a cuddly coup booted his badonkadonk from office and they started hitting barracks again. But. What did a dude like Karim do? Even if he’d visited the Gunman recruitment grounds they call mosques, I mean, that wouldn’t have saved his badonkadonk at the barracks. And Karim neither visited the mosques nor watched the news.

He made papier-mâché figures. Lions, fire engines, shoes. His vocation. Tiny, elaborate, inordinately lifelike things he thought he could sell for a living. That’s why he was late graduating from college. And to delay his military service. No one thought that was wrong or cowardly. There had been and would be no war. Except for…

Well, the revolution made Karim fatherless all his life. Now the coup made him lifeless. But, God, I thought, I hope Tante Loulou can calm Mama down.

I had to call it a night soon. In three hours I’d have to convey both packages to the defense ministry, in time for the group show. Karim will have a military funeral with a flag-draped coffin, they said. They’ll compensate us with all of one thousand guineas. I wondered what we could do with such a sum. Private jet, Swiss chalet? Maybe we could hire Blackwater to track down his killer…

The tears were welling up again as I walked into the bedroom, though. My baby brother for the price of a month’s supply of Marlboros? Then I lit the bedside lamp and Baba was there cross-legged on the bed, sipping tea.

— How come you’re not celebrating, he said.

— Look, I snap at him. Your only other child’s next door. Twenty-five last week and the head won’t stay in place. This is not the time to…

I broke off as I realized I was talking to the wall. I’d looked to the living room for a moment and Baba was no longer there. He was huddled over the head stroking it and sobbing. The son he brought up through me. He hadn’t cried once in twenty-five years.

— Gunmen, I started, crouching down next to him with my hand on his shoulder. They hit the barracks he was stationed at to celebrate.

And I must’ve been absorbed in telling him the story because once again I realized I was talking to the wall. This time he tapped my shoulder as I was looking for him, dragging me into the balcony.

— So that’s why I felt I had to come, he sputtered. Now that Karim’s dead I won’t be able to visit you ever again, you know. I suppose your mama’s with that fat slut Loulou?But he started wailing before I could reply. Why, why does this happen to my son and me?

Suddenly I was so enraged I couldn’t help myself.

— Ask yourself, I howled. You live in a place like Egypt but you go and have two boys knowing they must both do military service. Then you insult the wrong person and croak. You—but before I could go on he had my neck in the crook of his arm. He was flexing it.

I forgot to mention how strong ghosts are. I tried to punch him in the face but he took hold of my fist and bent my arm behind my back.

— I didn’t want you to remember me as a weak old man anyway, he said, this time laughing sadly. But why, he repeated. Why does this…

— You dead bastard, I croaked. Ask god. Both the army and the Gunmen say they’re doing what he says. No access to him where you are either?

Now, by the time I said, Ask him why in his glory he came to fuck you up so badly, we had come dangerously close to the railing. Baba appeared to be lifting me up to throw me overboard. At the last minute he gave me such a push I was thrown back into the hall.

— God is asleep, my son, he was saying as he floated away in the air. We have access to him but he just won’t wake up.

And as I lay there wide-eyed, his voice fading gradually as he got farther and farther, I could see this was not my father at all. It was some kind of bird or flying creature. No, it was a plane. A fighter the color of sand trailing the depth of the Cairo sky.

— God is asleep, it was still saying as it disappeared. Say hi to your mama, you can tell her now. Happy revolution day, my son.

Youssef Rakha is a bilingual Egyptian writer born, raised and based in Cairo. He has been writing Arab Spring- and aftermath-inspired fiction in English since 2012 (in Guernica, The Kenyon Review and many others). He graduated from Hull University, England, in 1998, and has worked as a cultural journalist, literary translator and creative writing coach ever since. He has also written three novels in Arabic, two of which – praised by the likes of Anton Shamas, Amin Maalouf and Moustafa Bayoumi – have been published in English translation. More information can be found at therakha.net

Photo by Syarafina Yusof on Unsplash