A Letter to, and Submission for, BULL 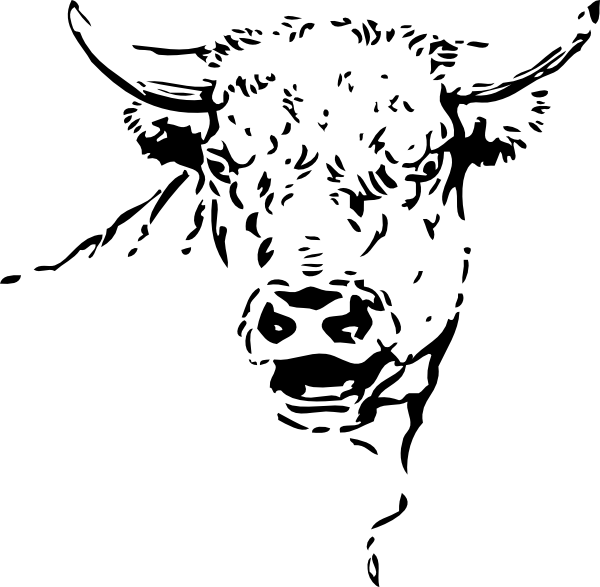 At last, a journal for men! Thank you, BULL, for publishing stories that even I can understand, without seventy-five layers of symbolism, deliberate obscurity, and whatnot. Moreover, my thanks to you for publishing work that does not butcher the English language. Will someone please explain to me what is going on with contemporary online literary journals? I’m talking about the use, or more specifically misuse, of capital and lower case letters. These are basic rules everyone in this country learned in kindergarten 101. I look at what’s considered avant-garde or experimental writing, and I see only a myriad of paragraph-sized pieces of fiction without a single capital letter! Proper names? Not even. We don’t need no stinkin’ caps! What’s the attraction? What am I missing? I guess I’m not in sync with the prolific artsy writers crowding the internet whose bios look something like this:

Jamie J. Jamison recently completed the MFA program at Columbia University (or fill in the Ivy League school of your choice) and has published or will be published in, Midriff Bulge, Stickleback, CouchCrutchCrotchCrochetCroquet, Wiggle, The Mystacial Review, SIPID, nocapitalletters.com, Reign Reign Go Away, Sockeyed Salmon, Pro’s Prose, Reverse Eagles in Reverse Flight, Blah Blah Blah, The Little Comma That Could, Sinistral Thoughts, BrAiN fReEzE, Balls to the Walls, The Right Hand Doesn’t Know What the Left Hand Is Doing or Isn’t Doing, Big Wilma, The Big Journal of Online Words that Matter, and Tilikum. While traveling throughout Europe, Jamie enjoys writing and dreaming, and endless amounts of inspiration.

Oh, Jamie J., and all the editors who publish blatant grammatical indiscretions to the English language, what is going on? Respected journals with highly educated and talented editors, a staggering rejection rate, and choice from hundreds or thousands of submissions, still select those stories with titles in lower case letters, personal names—of people and cities and countries, it matters not—in lower case letters… well, you get the point. But not you, BULL, you are different! It’s a breath of fresh air, a man’s journal with respect for the English language.

I wonder, though, are you sure you guys aren’t missing something? Perhaps you are out of the loop, out of step, a rung or two below those well-respected esoteric journals in the know? Fear not, my friends. I am here to help. Here is (I hope) the first published article in BULL to begin with a lower case letter. I respectfully submit:

von NEUMANN GETS HIS C ON**

von Neumann eyed the tall glass of freshly-squeezed orange juice placed before him. The synergistic relationship between the drops of cold water skiing down the outside of the glass and the hot beads of sweat dripping from beneath his sideburns caused him unexplainable discomfort. Subtly shrugging, he devoured the juice in four large gulps, letting out a gentle and satisfying, “aahh.” No one noticed. No one ever noticed von Neumann. Unaware that over 80% of the pills and ear wax  medication in his bathroom cabinet had expiration dates well beyond their prime, he was tired and not looking forward to another long day in front of the television, but grateful knowing that even at this early hour of the morning, and with several tiny pieces of pulp still miraculously clinging to his tongue, he had consumed 100% of his daily requirement of vitamin C.

Isn’t that much better? Now, you can feel like one of those arcane publications, one of guys, the A-Team, the inner circle of online journals. You’ve published a story that begins with an enigmatic lower case letter! Feels good, right? And, what’s more, you didn’t have to compromise your standards (not your grammatical standards, anyway). It’s a legitimate, appropriate, lower case “v”. And, the bonus! Are you ready for this? You are now the only journal (to my knowledge, for whatever that’s worth) to publish a story beginning with a lower case letter and ending with a capital letter! Congratulations. You can thank me later.

**BULL is actually the second online journal to which I offered this piece. I figured—what the heck, if I can’t beat them, I’d join them, right? I initially submitted “von Neumann…” to an esoteric online lit-site specializing in stuff I don’t understand and that’s way over my head. But since most of the articles they publish begin with lower case letters and frequently use lower case even when listing authors’ names, I figured I was golden. The editor was hardly amused, though—the rejection I received within 24 hours was written in all caps. That hurt.

Bruce Harris is the author of SHERLOCK HOLMES AND DOCTOR WATSON: ABOUT TYPE (www.batteredbox.com) and a chapbook, THE MAN AND THE MARK (www.deadlychaps.com).