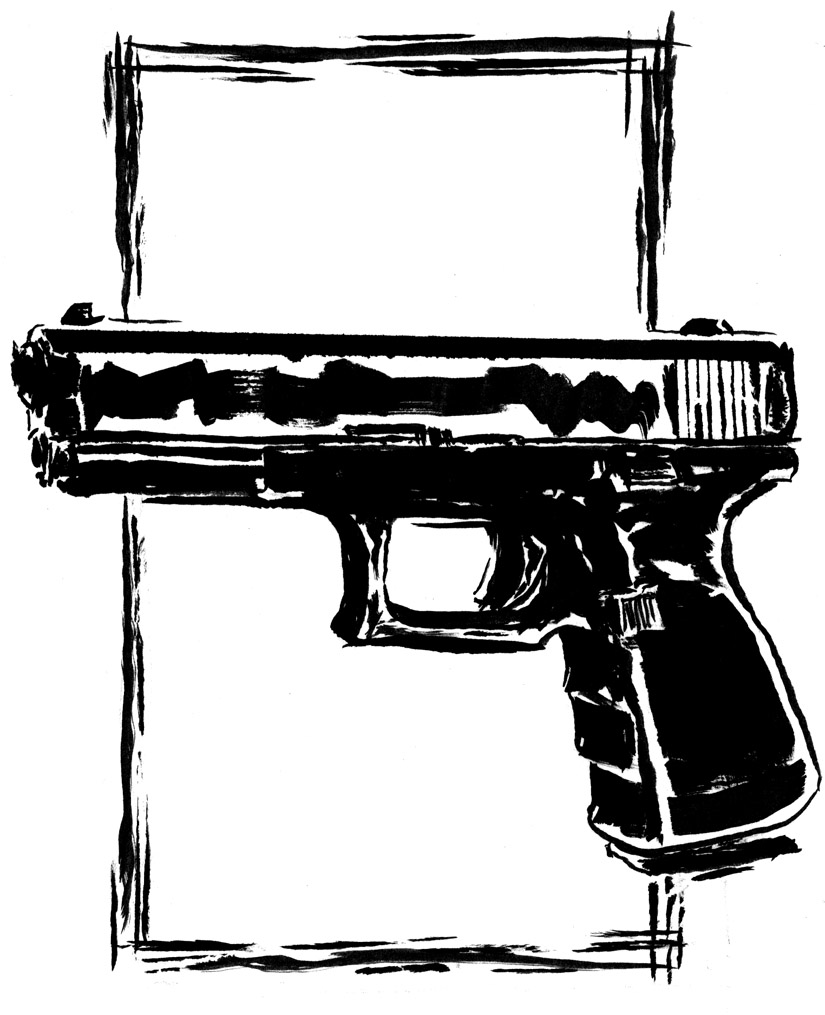 If I had money, I’d go to Mexico. Not Tijuana or Ensenada, but farther down, real Mexico. Get my ass out of L.A. There was this guy in the Army, Marcos, who was from a little town on the coast called Mazunte. He said you could live pretty good there for practically nothing. Tacos were 50 cents, beers a buck.

“How do they feel about black folks?” I asked him.

“They don’t care about anything but the color of your money,” he said.

I already know how to speak enough Spanish to get by, how to ask for things and order food. Por favor and muchas gracias. The numbers to a hundred.

The Chinese family across the hall is always cooking in their room. I told Papa-san to cut it out, but he just stood there nodding and smiling with his little boy and little girl wrapped around his legs. The next day I saw Mama-san coming up the stairs with another bag of groceries, and this morning the whole floor smells like deep-fried fish heads again. I’m not an unreasonable man. I ignore that there are four of them living in a room meant for two, and I put up with the kids playing in the hall when I’m trying to sleep, but I’m not going to let them torch the building.

I pull on some pants and head downstairs. The elevator is broken, so it’s four flights on foot. The elevator’s always broken, or the toilet, or the sink. Roaches like you wouldn’t believe too. The hotel was built in 1928, and nobody’s done anything to it since. Why should they? There’s just a bunch of poor niggers living here, Chinamen and wetbacks, dope fiends and drunks. Hell, I’m sure the men with the money are on their knees every night praying this heap falls down so they can collect on the insurance and put up something new.

The first person I see when I hit the lobby—the first person who sees me—is Alan. I call him Youngblood. He’s the boy who sweeps the floors and hoses off the sidewalk.

“Hey, D, morning, D,” he says, bouncing off the couch and coming at me. “Gimme a dollar, man. I’m hungry as a motherfucker.”

I raise my hand to shut him up, walk right past him. I don’t have time for his hustle today.

“They’re cooking up there again,” I say to the man at the desk, yell at him through the bulletproof glass. He’s Chinese, too, and every month so are more of the tenants. I know what’s going on, don’t think I don’t.

“Okay, I talk to them,” the man says, barely looking up from his phone.

“Yeah, yeah, okay to you,” I say. “Next time I’m calling the fire department.”

Youngblood is waiting for me when I finish. He’s so skinny he uses one hand to hold up his jeans when he walks. Got fuzz in his hair, boogers in the corners of his eyes, and smells like he hasn’t bathed in a week. That’s what dope’ll do to you.

He holds out his hand. There’s a little silver disc in his palm, smaller than a dime.

“And what am I supposed to do with it?”

Right then the front door opens, and three dudes come gliding in, the light so bright behind them they look like they’re stepping out of the sun. I know two of them: J Bone, who stays down the hall from me, and his homeboy Dallas. A couple of grown-up crack babies, crazy as hell. The third one, the tall, good-looking kid in the suit and shiny shoes, is a stranger. He has an air about him like he doesn’t belong down here, like he ought to be pulling that suitcase through an airport in Vegas or Miami. He moves and laughs like a high roller, a player, the kind of brother you feel good just standing next to.

He and his boys walk across the lobby, goofing on each other. When they get to the stairs, the player stops and says, “You mean I got to carry my shit up four floors?”

The Chinaman at the desk buzzes them through the gate, and up they go, their boisterousness lingering for a minute like a pretty girl’s perfume.

“Who was that?” I say mostly to myself.

Trouble. Come looking for me again…

Richard Lange’s stories have appeared in The Sun, The Iowa Review, and Best American Mystery Stories, and as part of the Atlantic Monthly’s Fiction for Kindle series. He is the author of the collection Dead Boys and the novels Angel Baby and This Wicked World. His new collection, Sweet Nothing, will be released in Fall 2014 by Mulholland/Little, Brown. He received the Rosenthal Family Foundation Award from the American Academy of Arts and Letters and was a 2009 Guggenheim Fellow. He lives in Los Angeles.
← BULLshot: Kaj Tanaka
tumBULLr Tuesday →