Can’t Go Back Inside 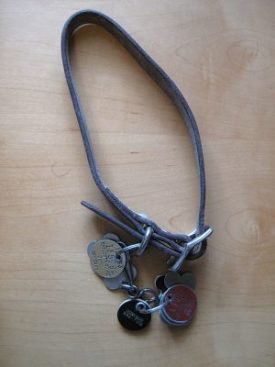 When the smoke clears a fire is still burning.

The man can feel the flames singeing the interior of his breastbone. The grass he stands on is wet and his socks soak his feet. They had pulled him back onto the boulevard and there he stands as he refuses to sit with the E.M.T. in the ambulance. He doesn’t want oxygen—he needs to see.

The second level of the house has vanished and being able to see the oak tree in the backyard from the front sidewalk puzzles him. It is late afternoon and the sun is still at a quarter height above the horizon; brightness shines directly at him and blinds him, his eyes fluttering, but they are surely open. Neighbors stand across the street, arms crossed or hands at their mouths, beholding the enormous, smoldering cinder box.

“He came out the window?” one firefighter who had just arrived asked another who was busy rolling a hose. He didn’t look up.

The firefighter continued to roll the hose.

He quickly looked around and then back at the hose.

“We pulled up in the pumper and the house was already cookin’. He must’ve been in the bedroom. Fire was in that hallway. He was just hangin’ out the window.”

“Yeah.” The firefighter finished with the hose and placed his hands on it and remained still. “He was tryin’ to go back in the front door when we got to him.”

He did not respond.

Another firefighter came out of the house and down the concrete porch with something in his hands and gradually walked over the soggy lawn to the man standing on the boulevard. He stood in front of the man for a moment and waited for him to bring his attention to him.

“Sir,” the firefighter said, holding out the items toward the man. “I’m very sorry, sir, but is this what you wanted me to find?”

The man took the collar and leash and gazed through them.

The firefighter nodded ever so slightly and pursed his lips, then turned back toward the house.

The fire goes out.

Michael A. Ferro's debut novel, TITLE 13, was published by Harvard Square Editions in February 2018. He was named as a finalist by Glimmer Train for their New Writers Award, won the Jim Cash Creative Writing Award for Fiction, and been nominated for the Pushcart Prize. Michael’s writing has appeared in numerous literary journals and anthologies. Born and bred in Detroit, Michael has lived, worked, and written throughout the Midwest; he currently resides in rural Ann Arbor, Michigan. Additional info can be found at: www.michaelaferro.com.