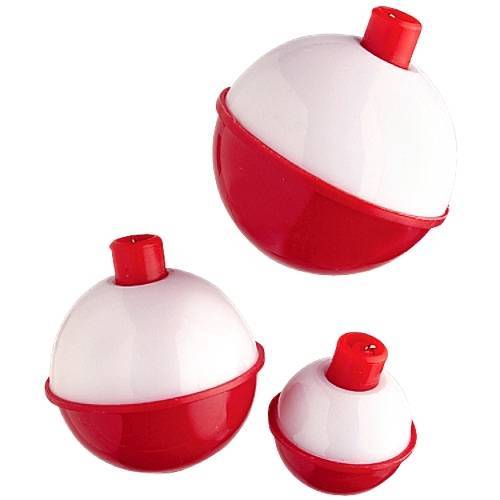 There are Bobs.  I am, in fact, surrounded by Bobs.  There are so many Bobs I’ve lost track of the Bobs.  I no longer use surnames.  I use traits.  All these Bobs.

Beer Bob is my go-to Bob, my everyday Bob.  He’ll come over and we’ll drink a beer.  He’s also Working Bob—meaning really working, not just farting around on the computer doing “consulting,” or some other glorified horseshit.  Most Bobs are involved in horseshit.

If only all of the Bobs were as easy as Beer Bob.

Craigslist Bob is an angler.  He lives two houses down, which doesn’t make anything easy.  CL Bob buys stuff—primarily off Craigslist, though he also scours rummage sales on Saturday mornings.  He makes his living re-selling his purchased goods on E-bay.  He must be fucking good at it; I can’t fathom how anybody can really survive selling all that old dusty shit.

For some reason, both Craigslist Bob and Card Shark Bob plea their almost-constant wrangles.  This would be fine in and of itself, but Card Shark Bob is always awake at some ungodly hour—he usually falls asleep at four thirty and Craigslist Bob pops by my house to offer me the latest what’s what.

He shrugs and lets loose anyhow.

Complicating this is Barefoot Bob, who lives in my basement.  Barefoot Bob is studentesque though he’s thirty one and he only takes one class a semester.  Online.  He delivers pizza for Jake’s Pies one night a week and otherwise day trades stocks for a living.  Sort of.  So he’s padding about barefoot or glued to his computer screen by the non-operating wood stove positioned next to the non-operating exercise equipment—the stationary bike churns only at “10,” which is equivalent to riding up a forty five degree incline.  If Marie was still around she’d toss it; I’m nostalgic.

Barefoot Bob complicates the mix of Bobs because Barefoot Bob is fucking Craigslist Bob’s ex.  Craigslist Bob knows, but isn’t supposed to know (Card Shark Bob told him in a demonic act of spite).  The good news here is that Craigslist Bob doesn’t care because he’s sworn off “genital mashing.”  For good.  He cites religious reasons:  “”I’m a man of the Lord,” Craigslist Bob says.  “And the Lord doesn’t cater to the rough and sordid.”  And if he said it, it must be true.  Probably is.  The tension here is really my own:  I know Craigslist Bob knows but isn’t saying—and I’m certainly not (preferring to shy away from conflict or involvement—unlike the other Bobs who like to get their hands into the muck).

Aside from the seemingly peripheral Bobs in the mix—Bakery Bob, Lunch Bob, Guttersnipe Bob, Taxidermist Bob and Library Card Bob—the last major Bob is Un-rival Bob, my ex-wife’s ex (she remarried), who befriended me in an act of guilt and who likewise cannot find common ground with Beer Bob because—in my view—Un-Rival Bob is jealous of my casual intimacy with Beer Bob.  It’s unstated, of course, but the tension is palpable.  It buzzes.  My invisible conversations go like this:

“I don’t really like Beer Bob better than you, per se.  It’s just that he’s been around longer.  He was here, you know, during…when…”

“You feel guilty?  I’m the one who should feel guilty.  I didn’t mean—“

“No, it’s fine, Bob.  She has problems.  She needed something new.”

Mostly I’m crazy about the Bobs.  I revel in my late bachelorhood.  I have zero pressure in my life, zero sense of obligation.  The Bobs keep me afloat.  Without the Bobs, not good.

What happens:  I meet Lunch Bob at the Black Beret—a new overly self-conscious café Lunch Bob wanted to try.  I have a regular Tuesday lunch with Lunch Bob, have since ’97.  Ritual keeps us ticking.  This place is new to me:  I can tell right away it’s one of these places that doesn’t give you enough to eat.  I look at the other tables—they’re nibbling at little hand-sized sandwiches, puny salads, tiny saucer-sized plates of veggies or appetizers.

Lunch bob is on a diet.

We look over the menus and start talking.  Lunch Bob likes to tell stories about his “wild youth,” which bear no tangible relevance to anything.  He collects these stories and needs to tell them to make them real.  So he’s telling this one about going dirt-biking with a serial killer—at least he thought the guy was a serial killer.  Everybody did.  Had the fish eyes and the wacko Manson hair and everything.  We get our food and we’re digging in.  And here it’s important to include a long-standing tradition:  Lunch Bob is the messiest fucking eater I’ve ever seen.  At no point in our relationship has Lunch Bob ever walked out of a restaurant, coffee shop or café with a clean shirt.  Usually his pants are soiled.  It’s like eating lunch with a three year old.  So he’s telling this story and even though the Black Beret serves a chintzy little bowl of soup more of the soup spatters all over Lunch Bob’s shirt than he actually ingests.

He glances down, looks up at me, shrugs.

“Got another one in the car.  Anyway, as I was saying.”

The stares.  I had to shield my eyes.  It looked as though Lunch Bob got in a food fight with me and never got off the ropes.  It was a disaster scene.  Utter chaos.

So.  Fine.  Next Tuesday comes around and I call Lunch Bob a few hours prior and cancel.

“What ‘thing’?  You haven’t missed one of our lunches in four years.

“I know, I know.  I have this brutal canker sore.  I can’t eat.  It stings something terrible.  It’s like someone is stabbing me in the cheek with the pointy end of a dart.”

After a back and forth he finally lets me off the hook.  Which is perfect because Gary and I want to grab some pizza from that joint in town.  Gary is my other roommate, and sometimes he seems about the only guy I know not named Bob.  But there I am cheating on Bob with the un-Bob—and nobody could be more Un-Bob than Gary.  Unlike the Bobs Gary is 1.  Mellow 2. Wise  3. Distant from unnecessary conflict.  Gary likes to be in the background, a kind of male wallflower.

Gary and I are sliding the two pizzas into the backseat about ready to drive home when Lunch Bob lurches up behind us.  And when I say behind us—I mean, he parks his stupid red jeep directly behind my cheap man’s compact.

For a minute he just sits there moping—and no, we can’t pull out.

“Finally, he peels off into a shady spot under the weeping willow, or something.  Gary and I drive home and eat the pizza.  Damn good, also.

But I feel guilty.  Not only that, by invoking another Bob—I didn’t reveal which other Bob it was—Lunch Bob is insanely envious and reasons I cheated on him with another Bob (Lunch Bob was unaware of Gary).  He must’ve thought Gary was also a Bob.  So then he doesn’t call and despite my calls, e-mails and apologetic entreaties, Lunch Bob stiffs me.

Finally I get a voice mail from Lunch Bob saying he wants the “other” Bob to come with next time so that he can “meet the enemy.”  In the voice mail, he proclaims my little tete-a-tete with the “other” Bob to be a logy in the face of honor in this world.  He says that from now on he insists the “other” Bob come along least I (me) deny myself my true urges, which are not done with him, per se, but rather with an alien Bob who I must find less tiresome, less “intense.”

Well, as a matter of fact….

I call back immediately but only get voice mail.

“Bob, it’s me, Frank.  Thanks for your message.  I can bring one of my other friends named Bob next week for our little lunch, but the guy I got pizza with last week isn’t named Bob.  That’s my roommate Gary.  I’ve spoken of him before, I believe.  At any rate, that’s just fine.”

These are grown men.

Well, Lunch Bob goes ballistic.  He writes his ranty e-mail which proclaims true friendship a remnant of the past and hopes I can rectify his wounded ego, blah, blah, “If I have the time.”

I mistakenly paraphrase all of this to Craigslist Bob and Barefoot Bob one morning at the breakfast bar.  We’re eating Pop-Tarts (sans guilt) and drinking coffee with lots of sugar.

“Here’s what you do,” Craigslist Bob says.

All of this because Lunch Bob lacks the common sense to eat without dribbling his lunch all over his white and yellow polo shirt at a fey café which will likely go out of business a month from now.  Everyone is so sensitive these days.

For a few weeks everything calms down.  On the surface.  I don’t hear from Lunch Bob and he doesn’t hear from me.  On Tuesdays I eat pizza with Gary.  That’s my replacement routine.  Gary is easy to get along with.  One or both of us picks up the pizza.  We watch bowling or whatever third-tier sport is on ESPN at lunchtime on a Tuesday.  It’s easy-peasy.

Craigslist Bob is not one to fuck around.  He drives over to Lunch Bob’s place and tells him to get in the damn car—which he does.  Then he whisks Lunch Bob back to my place where Barefoot Bob, Beer Bob, Card Shark Bob and some of the other more peripheral Bobs (and Gary) have gathered upon Craigslist Bob’s request.  He gave them the lowdown.  Filed them in.

“Let’s straighten this shit out,” I can hear Craigslist Bob saying, walking in.

Lunch Bob has a sheepish smile on his face, as if it was he who wrestled Craigslist Bob here, not the other way around.  He half shades his eyes from the small crowd—he seems to know the deal.

“I’ve been meeting Frank for lunch for many years now.  I probably—”

“Forget all that,” Craigslist Bob says.  “Which of these guys was there at the pizza place with Frank?”

A lineup of agitators.

Lunch Bob looks everyone over a couple of times and nods Gary’s way.

“I thought everyone around here was a damn Bob,” Lunch Bob says.

He drinks some.  A third of it dribbles down his neck onto his shirt.

“Damn, Bob.  Where did you learn how to drink water?”

One of the Bobs said that.  Not sure which one.

I still see the Bobs—can’t avoid them.  But I’ve been handing with Gary more recently.  Gary has an easy to him which I like.  This was one of the problems I had with my ex-wife.  She was a good person but she had too much nervous energy.  When the chips were down, she’d flip.

Gary convinces me to make a conscious decision to distance myself from all the chaos.  “No need for any of it,” he says.  “You’re only retired once.”

So I still meet up with Lunch Bob, but only once a month.  He adjusts.  I tell Craigslist Bob I’m busy if I don’t feel like talking.  I don’t answer every guilt-stricken e-mail from Un-Rival Bob.  These days I’m mostly interested in the Un-Bobs.

I step away from the computer.

Nathan Leslie’s six books of short fiction include Madre, Believers and Drivers. He is also the author of Night Sweat, a poetry collection. His first novel, The Tall Tale of Tommy Twice, was published by Atticus Books in 2012. His next collection of short stories, Sibs, will be published by Aqueous Books in the spring. His short stories, essays and poems have appeared in hundreds of literary magazines including Boulevard, Shenandoah, North American Review, South Dakota Review, and Cimarron Review. He was series editor for The Best of the Web anthology 2008 and 2009 (Dzanc Books)and edited fiction for Pedestal Magazine for many years. He is currently the fiction editor for Newport Review. His website is www.nathanleslie.com.