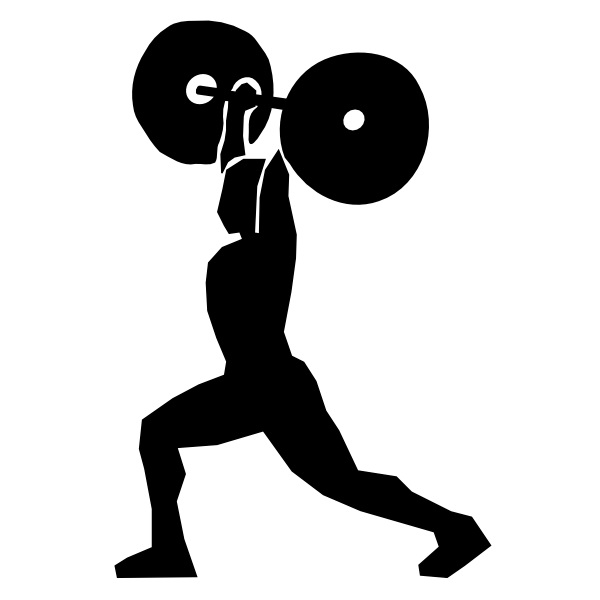 For no reason I lose a minute, sometimes two, daydreaming of sex, or something exotic like sunset filtered through Easter Island monoliths. Nothing else registers; I couldn’t tell you if a fly passed in front of me, or a man.

Just as idly I come to myself and realize what I’m doing. Today it’s the laundry—a platoon of shirts suddenly hanging on a rack. I give them a shake to smooth out wrinkles that aren’t there, and one shirt slides out from the rest. Its cotton torso turns and a sleeve swings as if moved by the spirit of the fitter self who filled it before work and family intervened.

Back then I tried fabricating a fiction of muscle around my body, as other men might fabricate bank accounts to impress their dates. At the gym I would run into Curtis, who dispensed wisdom and sometimes towels; in title and theory he was the weight room attendant. In practice he worked out, or absconded with his paid time to the court, palming the basketball like a grapefruit and slamming it through the net, his shirtless body a shadow in three dimensions against the cinderblock wall and its stenciled NO DUNKING sign.

He also found time to see what I was doing, usually when I took my eye off the ball or let the bar nearly press me to the bench. He once schooled me on this daydreaming phenomenon.

“Do you know what that is?”

I nodded. I’d been working out. There was nothing else to know.

At that age I still thought I was supposed to know everything, so having no idea, I nodded again. Curtis didn’t let that stop him.

“Foolish time is time that’s gone like it had never been there at all. It’s just lapsed. It’s like being drunk, or being with a woman who leaves you. My years banging, and I mean steady-banging with the Vice Lords, that was foolish time—I don’t know where it went.”

He must have gone looking. Two weeks later, discreetly as a stolen towel, he left the Y.

After that the accounts differ. He was caught in crossfire, or was aimed at. His name had been signed in at the homeless shelter. He had killed one man in Los Angeles—or two closer to home, and found himself in Stateville, where days are marked without reference to sunrise or sunset, and the cell’s weather is one of constant temperature and humidity. On days without a fight no event intrudes on the body’s rhythms: a breath, a lull, then another breath, the heart squirming, pisses taken, the dawning of a face over the chin-up bar, always counting down toward the day, if it comes, when a door might obey a man’s touch and open.

In this counting, if it’s his to count, Curtis might find relief studying law, praying under a new faith and name, or addressing a new audience, classifying the hours and maybe losing track of them as he hands out towels like these I’ve just folded without thinking and stacked into the laundry basket. And now, as the plastic handles cut into my palms and the hangers poke shape into my flaccid shirts, I wish him all the foolish time in the world.

J.D. Smith has published one story ("Foolish Time") in BULL, and he hopes to add more. His third collection of poetry, Labor Day at Venice Beach, comes out in 2012, as does his first humor collection, Notes of a Tourist on Planet Earth. He has also published one essay collection, Dowsing and Science, and the children's book The Best Mariachi in the World.