Frankie Would Be Almost Nine 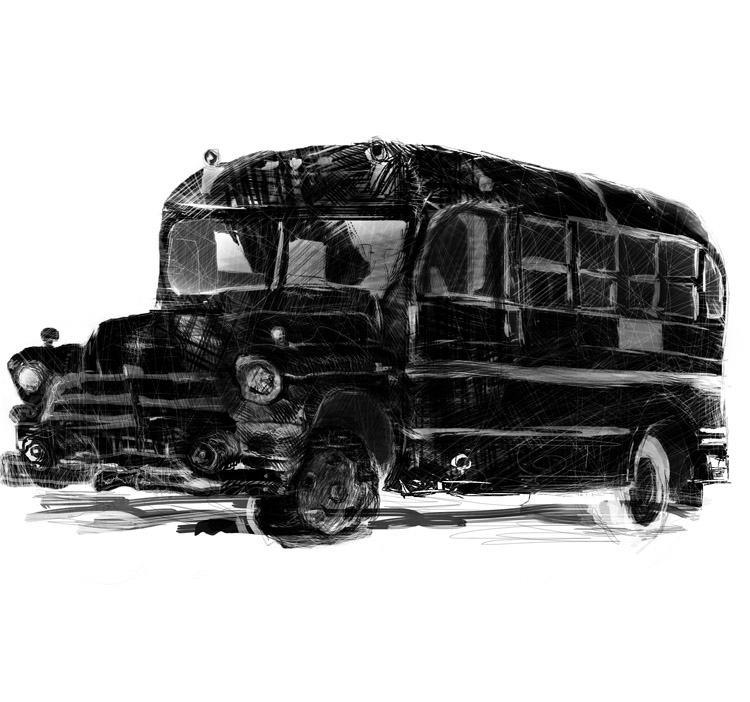 When I was thirty-three my mother wrote asking me to be the executor of her will. She always was a great letter writer, and refused to use the telephone for long distance calls, even after I urged her to call collect. At least once each month I would find a small envelope in my mailbox with her perfect handwriting. Sometimes I’d get three in a week. She’d long ago stopped asking me to visit, focusing instead on reporting to me the mundane daily events of her life and those in the small Rhode Island town where I grew up and she still lived. At times, and especially toward the end, she’d write to me about my father and our relationships with him, which she knew was the main reason I lived thousands of miles away.

In the months before her death, she’d written that the doctors had told her she was in full remission, and that a recurrence was unlikely. So when I received her letter hinting that things were worse than she’d been letting on, I wasn’t exactly prepared to drop everything and go see her. She hadn’t come right out and said, “I’m dying,” but I did wonder. I debated with my wife for a day and a night about what to do. My mother and I had been estranged for years, since before my father’s passing, and my home there seemed a remote and forgettable memory. It was where I was from, but not where I was going.

If my friends in Phoenix asked me where I grew up, I’d say “back east” as if I were answering their question with a question of my own. Should I have gone home or not? It wasn’t that I hated the place, or that I didn’t love my mother as much as any other son. I felt, though, that life seemed to pull me in a direction away from that place, and I did nothing to resist it.

Was she dying? Yes. Would she die soon? I couldn’t say, and I wasn’t sure I wanted to think about it. In her last letter, she’d written about our family, especially my father: “Peter, sometimes fathers and sons don’t ever become friends like they should. Maybe it’s because they were too much alike and never realized it. Or maybe it was because one of them, the father or the son, didn’t have enough of himself to go around.”

She went on to talk about Frankie, the brother I never knew. “I pray every day for both of them, Frankie and your father, and although I miss them terribly, I have no great desire to leave this life.” With age she grew less able to distinguish last year from twenty years ago. I’m sure, too, the illness clouded her memories. She wrote about the past as if it were the day before. “When you came home from that fight with your face cut up, your mouth bleeding, your clothes all dirty, I wanted to go and find the boy that did it to you. Your father and I worried about you the way you’d left the house. Yes, your father worried too.” I imagined, as I read it, how she must have looked while writing the letter, hunched over in her bed, frail hands grasping the pen, an effort in every stroke.

As a teenager, and even into my twenties, having seen how my brother’s death had affected her, I believed my mother was weak. When my father passed, I was much too engulfed in my own rebellion to recognize how much strength she actually possessed. I blamed them both for my never really getting to know my father, and I never forgave them for going to Italy without me the year before my father’s death. This might sound petty now, but I really thought that inviting me would at least have given me a chance of some relationship with them both. I was graduating high school then, unsure of my future, and prone, like many that age, to blame my parents for my discomfort with the world.

This residue dulled my instincts toward family obligations. I decided not to go home yet, convinced she would still be there when I did. The further I immersed myself in my architectural practice, the more convinced I was that my contentment lay somewhere within the homes I designed.

At that time, I had to finish designing a four-thousand-square-foot residence in Scottsdale, my biggest project to date. The client, a Texas oilman named Cobb, wanted to prove he could outfit his home in Arizona with as much Texas as possible. He fancied himself a 20th century Vanderbilt, but instead of importing Italian marble and Renaissance paintings, he’d commissioned an Austin sculptor to create a work of art for the entryway. The only instructions he’d given was that the sculpture must incorporate a barrel of Texas crude and a football helmet from Texas A&M.

I wrote my mother that I’d come to see her as soon as I could, and I hoped she’d understand. But a few days later, as I sat down to go over the plumbing specs with my Texan, I got a phone call from a doctor named Lardner telling me to hurry.

I prepared for the trip immediately. I’d been living with my wife, Rebecca, in a rented house at the base of Camelback Mountain. She’d grown up in Idaho, and had never been east of Chicago, but we fit well together because she’d saved me from trying to climb the corporate ladder in L.A. (She pointed out that my suits never fit.) In return, I’d convinced her she should teach, like she’d always wanted. So I got my Master’s in architecture, and we moved to Phoenix when Rebecca got a teaching job at a high school there.

To be fair, until the call from Dr. Lardner, my conversations with Rebecca about my family history had given her no desire to meet my mother. She knew I still had resentments. Though we’d talked often about me flying home for a visit, we had never seriously considered Rebecca joining me. So when I broached the topic, she didn’t hesitate.

“I don’t want to meet your mother now, Peter. What good would that do? The poor woman’s dying; she won’t want me there. Who would stay here and pander to Cobb? And what about the other jobs?”

I didn’t answer. We stood in my office on a Saturday morning drinking iced coffee, a worn copy of Cobb’s house plans on the design table.

“I’m not being selfish, honey,” her tone had softened. She rubbed my shoulder while she spoke. “All I’m saying is that it’s bad timing. One of us should be here.” Sometimes her pragmatism struck me as downright meanness. I needed to stay, but I had to go. This was Thursday, and I could get a red-eye flight that would allow me to be at my mother’s side by Friday morning. So that’s what I did.

On Tuesday, I buried her…

Rod Siino grew up in Rhode Island and now lives in Massachusetts. He recently completed his first short story collection, Divorce and Other Arrangements. His work has appeared most recently in Chagrin River Review, Ginosko, and Fried Chicken and Coffee. Less recently his work appeared in Inkwell, The Providence Journal, and Zoetrope All-Story Extra, among others.

Rod holds a B.S. from Bryant University, a B.A. from Rhode Island College and an M.F.A. from Emerson College. He is co-founder and managing editor of the literary journal Night Train. Some of his published work can be viewed at Rod Siino Writes Dot Com. He is the proud father of twins.