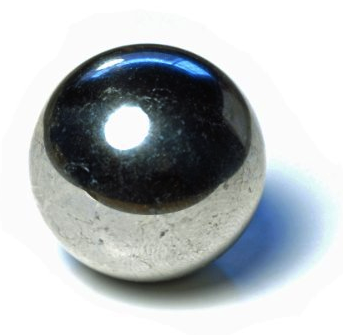 When the potential of my life feels as if it has unfolded into an abbreviation, I go to the arcade four towns over and drink flat soda near old men who can’t stop telling me how to win. One man, Lionel, has a head like a poached egg and is the one everyone secretly wants to die next. He keeps a limping track of high scores and drives us blurry with statistics. It gets everyone going.

The thing that dulls a bit of the cutthroat edge to their chutzpah is that Lionel has a dead wife as dead as the rest of the other old men’s dead wives. But Lionel says that some numbers go up and some numbers go down and everyone agrees in one silent way or another, so even that has an air of sport to it.

I turned twenty-seven half a year ago and I’m attached to the hazards of what I think rock and roll might be, meaning that my heart wants me to die before I turn twenty-eight. In this way, the birthday that scares me is finally not the next one, but the previous ones that prove me empty.

The morning I turned twenty-seven I walked over to my desk and pushed a stack of wedding invitations the size of two fists into the garbage. I signed up for a fake-looking e-mail address and sent my ex-girlfriends manifestos disguised as spam. This took me through the majority of the day, at which point I picked the invitations out of the garbage and read through them before stacking them back on the desk and heading off to the arcade.

The days have pounded me through.

I was once engaged to a woman named Cindy, and any day that a wedding invitation of hers does not arrive is a day that I can find something to yell joyously upwards about. Her newest man is a commercial pilot. I saw the outline of his dick through his pants a couple years ago and became convinced police use it to mold their battering rams.

For a month on either side of our engagement, Cindy and I stopped fucking around and dedicated real time to our social likeness. Too many long dinners with friends cut new veins in our private conversations—this is the only way to put it. Talking about suicide was the end of things. We eventually exhausted the successes of loved ones and acquaintances before turning to ourselves. Cindy was surprised and a bit put-off that I had never tried. The emotional poles of her life required definition, she said, explaining the lows she had found.

I was fine with a non-committal promenade around the hotspots of dumb and gutless, wondering not about if happiness and expectations intersect, but at what points and how roughly they pass by one another. It was enough.

If there is a real tragedy to my hours, it’s that I’ve never gone hungry a day in my life but I’ve seen too many movies.

Cindy should be cloned and forced to beat herself to death.

My time at the arcade is like anyone else’s in that the reasons for going have remained largely unchanged. I’ve read yellowed paperbacks thrown out by academics and made swelling, incidental gestures that involve listening to them, so I can draw the goddamn parallels myself. That’s not what I’m talking about. I mean only to say that wanting a chance to build shelter out of arbitrary victories is an ageless feature of humanity.

Nobody should think I’m looking for sympathy. I got rid of Cindy and not the other way around. The kind of love I had when I was twenty is the kind I wanted to keep. Essentially, this changes nothing. I still roll quarters into machines.

My little Mazda pickup made a tepid entrance into the arcade parking lot the evening of my birthday and I saw Lionel outside tormenting an orange notebook. The pages were wavy from ink and pressure.

We went inside together and I met up with the other winners. A few of the more feral and scrunched up looking men I didn’t recognize, but most of them I did.

Soon enough, Lionel sidled in and spoke easily to the attention of everyone. “I’ve got some new analytics working through this,” he said. He smacked the back of his hand against the top of the notebook. For a moment before accepting this miscarriage, Reggie looked as if he were capable of pretending Lionel’s announcement to be an extension of the stage he thought he was commanding.

An old man named Miller turned to me and said, “Your top flipper technique is bullshit.” His chest was waxed and covered in a pink, sheer Hard Rock Café Houston shirt.

I took his guff. Proof was mostly beyond us. Our antagonism had reached a saturation point that did away with the playing but not the particulars. I began to separate the lip from my foam cup with my pinky nail.

“You need to learn how to play the entire board,” Lionel said, really getting wet under the arms. “Top flippers, bumper traps, side ramps. Dummies croon about math, science. If you play the angles, you win. It’s too easy. What your problem comes down to is that you take too many direct shots and expect too many of them in return.”

Reggie said, “You’re a lucky masher.” It was too far. We ignored him.

“Your game could be gold,” Miller said, the snakebite prick.

I turned away from the winners and went and cashed in for five dollars worth of quarters, thought about Cindy, attempt number four, trespassing a couple odds quarts of Goldschläger through her guts. This was before we met. It was the same summer in high school I thought I could be a hero and took a paramedic class. I spent an entire night out with the other guys pumping our stomachs for kicks, and that’s how I could taste it, the smell of bicycle tires, when Cindy talked about the tubing going down her throat.

I fed seventy-five cents to the nearest pinball machine. Lionel was sweating near my shoulder and trying to flatten a clear page in his notebook. The rest of the champions jammed up around us.

Our days build themselves around these moments. I fucked it. Three balls up and down in under five minutes. A light near the top of the machine changed from the word Go to the word No.

I set out for a walk and one of the old wizards came out behind me wheezing into the crook of his arm. He doubled over a bit as we reached the sidewalk. I considered what I would do if he died at that moment, just turned to mush at my feet. I didn’t know the man at all, couldn’t tell his skeletal jiving from the others.

He was soon back upright and appearing to want nothing. It seemed as if every option in my life led to aggravation.

We began walking and he said, “This is the old Main Street. You can tell because it’s got the shell of everything everyone used to care about. When everyone’s minds changed, they just opened up the new loves a street over and left these ones to hellfire.”

He pointed to a functionless television repair place across the street, flipped his arm around slowly and gestured towards a jazzercise studio. I had never been down the street past the arcade before. I couldn’t retrace the intentions of my original trip there, or why it was at the arcade itself that I decided to stop.

I’m waiting for someone to tell me whether or not I will beg for victory.

Ryan Werner is a janitor in the Midwest. He is the author of the short short story collection Shake Away These Constant Days (Jersey Devil Press, 2012) and the Midwestern story cycle Murmuration. He runs the small chapbook press Passenger Side Books, is on Twitter @YeahWerner, and has a website named www.RyanWernerWritesStuff.com