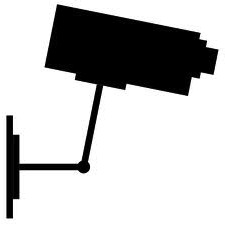 She wanted to film him with a secret camera during his most quiet of times, the unimportant periods between the meaningful ones when nobody was watching.

Hours of footage… his left side profile, his right, him reclined, reading, yawning, one arm reaching to turn out the light, a bowl of cereal and him eating without tasting and watching the news, chomping, drooling, wiping milk from his chin, wiping steam from the mirror, inspecting for pimples, Q-tips his ears, checks the swab for results, a crotch adjustment, a butt cheek lifts, a phone call from his mother, bare feet on kitchen tile, torn boxers drooping, forehead kissing the greasy train window, fighting that rhythmic drowse as scenery flies outside out of focus and his body sinks into the dirty, used chair, one exhausted sigh, one amused smile at those kids passing by, the blank television stare, blue lights hazy in his miracle eyes, chugs of beer and belches and seven hours sleeping as his naked chest fights through the sheets in the dark…

His heartbeat heard through a boom-mic.

She’d film all of this and more. And when she’d watch it, it would make her feel like God.

xtx is a writer living in Southern California. She has been published in places like PANK, Hobart, Smokelong, Monkeybicycle, Storyglossia, >Kill Author and Wigleaf. Her new story collection, "Normally Special," is available from Tiny Hardcore Press. She says nothing at www.notimetosayit.com