Half a Man to Bury 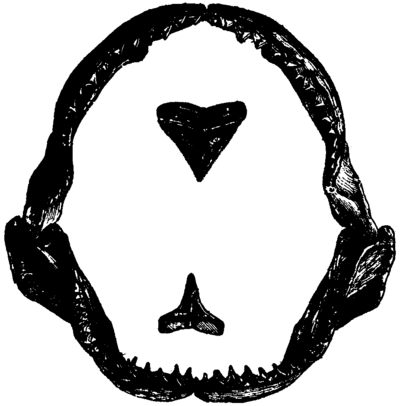 Uncle Bill got his legs bit off by a shark and died before his body was brought to shore. You might have seen it in the news.

“You’re trying to screw us,” my father said.

“You don’t understand a damn thing,” my father said, and he walked out.

I told the director that a whole casket would be fine and that we’d be back to pay for it later.

When my aunt heard that Bill had been killed by a shark while on a fishing trip, she didn’t know what to do. Bill had been the only child of two deceased parents. Even after their marital difficulties, Bill’s infidelities, their divorce, and the familial ostracizing that had followed, my aunt was still the closest thing to a relation Bill had. She’d said she didn’t feel up to overseeing all the arrangements, and asked my father, who had been Bill’s best man, to take care of things.

My father and I drove the four hours to the hospital where Bill was being held, and, with notarized approval from my aunt, claimed the body as next of kin. The director of the morgue offered to contact a nearby funeral home to have the body embalmed and transported home.

“Not necessary,” my father said.

“Statute 325, subsection (D),” my father interrupted. ‘“No body need be embalmed prior to transportation prior to internment if the body is being transported within state lines.’ Help me get him in the car.”

My father and I went to a bar down the street from the funeral home, and he started reminiscing. My father told the story, which I’d heard before, of Bill in the morning.

Bill and my aunt had gone through a difficult and unsuccessful pregnancy, and my parents were staying with them for a time. My mother spent her days curled up in bed with my aunt, petting her like you would a sick cat. My father sat at the kitchen table in the mornings, drinking coffee and complaining about the newspaper editorials.

Bill came into the kitchen from the den where he’d been sleeping and walked to the liquor cabinet. His tie dangling around his neck, he took down a glass and poured three fingers of Johnnie Walker Black. He drank half of it and smacked his lips.

“I love the taste of Scotch after I’ve brushed my teeth,” he said, then stared at the glass in his hand.

“My god,” my father said at the bar. “The bastard could drink.”

Bill was the first shark attack–related fatality in the state since 1912. The conditions of his death caught the attention of the local and national media—while fishing with some friends, Bill had dangled his legs off the side of the boat, and a great white came along and chomped them off. It’s the sort of thing that never happens, but that doesn’t mean it can’t. The national papers were content to deal with the coroner and the marine biologist from the state university. The local papers still remembered Bill from his days as a trial lawyer, when he’d sued the county over the water quality in the reservoirs, and they called looking for some comment on the death of a local hero.

“You’re all vultures,” my father said into the phone when we got back from the bar. “The shark took his legs; you can’t have his scraps.”

At the funeral, we stood at Bill’s grave as the priest who had married him and my aunt said some things. A few people from town who remembered Bill and the drinking water had come to the service.

“Who gets eaten by a shark?” my father asked no one in particular.

Once the casket was in the hole, my mother and aunt walked off, but my father and I stayed at the grave to see the dirt shoveled in. After a few minutes, the funeral director told us they wouldn’t fill in the grave till later that evening, and then they would use a backhoe.

“Don’t try and screw us,” my father said. “We’re here to see the man buried.”

He walked back to the car, and I apologized again to the funeral director.

My father and I went back to the cemetery that night, walking through the rows of moonlit gravestones to Bill’s plot. The grave was filled in, like the man had said it would be. The dirt was piled in a mound that I assumed would settle out over time. On Bill’s tombstone were written his name, the year of his birth, and the current year. My father and my aunt couldn’t decide what else to include, and the engraver charged by the letter.

My father stood poking the toe of his shoe into the soft dirt.

“You dumb son of a bitch,” he said quietly. “Who gets eaten by a goddamn shark?”

We walked away, keeping our distance from the plot next to Bill’s, dug up that afternoon for the president of the Rotary Club, to be buried the next morning.

Here’s a story about my uncle the papers wouldn’t want, but which makes up almost my entire memory of the man.

Once when I was seven, just before Bill and my aunt divorced, we went to visit them at a country club where Bill was a member. Before the adults went off to the bar on the deck overlooking the golf course, Bill set me up at the pool and introduced me to the man who worked the snack stand.

I ate six plates of chicken wings. Later, while throwing up in the bushes by the 18th green, it occurred to me that my uncle was a man of some influence and stature. A man worth knowing.

But that wouldn’t be of interest to a broader audience.

Mike Anderson Campbell is a student in the MFA program in creative writing at Purdue University. His stories have been published or are forthcoming in PANK, Eclectica, and Microchondria: 42 Short Short Stories Collected by Harvard Book Store. Originally from New England, Mike is enjoying his time in the Midwest.