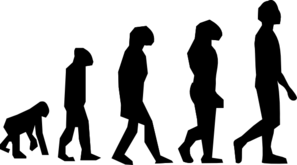 As wingmen we destroyed the city, operating with the impunity enjoyed by the stealthiest elite forces, only instead of blending and integrating with stone-camo faces devoid of humanity, we did so with the broadest, most relaxed-looking smiles—a skill that ironically requires intense exercise of the twelve facial muscles. Ours was the kind of impunity that arises not from brute force or mob rule but rather as a gift to oneself via relentless self-scrutiny and harnessing of yang energy. We ravaged thoroughly but safely and cleanly, leaving at most the emotional equivalent of surgical scars, while giving back karmically three times what we took for ourselves. We never lied to anyone, we just didn’t correct anyone who may have been lying to themselves. That was how the lifestyle was rationalized, packaged and sold to others and to ourselves.

The name had sprung organically from the soil of a world we shaped for ourselves, and so the movement itself could not have been seen as anything besides necessary, an evolutionary leap for those of us aspiring to our truest nature, drawing in men of every socioeconomic strata, the only membership requirement being a willingness to reevaluate ruthlessly and rebuild endlessly, to hack away at what doesn’t serve oneself and allow what’s left to grow as it wants to. We had mastered the one thing all healthy men aspire to—culture—and men who reach this echelon invariably draw others into their orbit. This of course included women, of which we had our choice.

An original master of the lifestyle, the first in my city with the foresight to teach it, my observations drew a following I parlayed into a career—postings, then articles, then seminars, private classes, a video channel with hits in seven figures. We coined terms, acronyms like Conspicuous Attention Whore or Target Requiring Indirect Approach. Flash, short for flashiness or ostentation—Rolex versus neon Swatch versus bare-wristed. Abbreviations imply efficiency, one of the key virtues to making the world your bitch. Another is cultivating though not projecting an aura of confidence. The others cannot or will not come to mind, a loss as welcome as that of a tumor, or of ego.

Level of flash should be coordinated with venue, season, time of day, estimated density of TRIAs (pronounced “tree’uhs”) et cetera. Budget for accessories based on covering all your bases, rather than owning the most expensive of anything. Wardrobes should be meticulously thrown together for that look of “I’m not really here to meet anyone but if you can prove you’re worth my time by playing along with a game I devise based on what I know to be biologically true about you then maybe I’ll consider keeping the conversation going while subtly building value in your eyes.” Talk about everything while building yourself up, playful yet confident. Hold something back. Make her willing to work to get to know you, then allow her to, bit by deliberate bit. Tens require roughly fifty percent more time and energy expenditure than nines, a law that holds true exponentially from the fives and sixes on up. To the economically-minded, eights and nines are ideal targets. For us, settling for anything less than perfection was contrary to everything the lifestyle stood for, to spit in the face of whatever resilient ancestor whose genes you were the unwitting recipient of. To not really live.

Time invested in the lifestyle—say, study-lounging in light-drenched port cities, the cultural hotspots of Brazil—it grants perspective. Over drinks in his native haunt, an archipelago of straw huts amidst the beach culture of Sao Paolo, a compatriot named Jory (for lion, real name Joao or maybe Grayson) posed a challenge to one’s innermost game that he in his gentlemanly bravado knew would not be refused. His girlfriend had cheerily tagged along: blue almond eyes and near-perfect skin, average height but leggy, a stock Brazilian goddess. Six inches taller and she’d be living with a soccer star in Milan. Jory is old money, I think, and as smooth as they come. Without him having to break posture, she excused herself graciously, left our table and sat alone at the bar for one measured drink. The challenge has been used by tribes for thousands of years for initiation to a higher consciousness. This brought to mind a well-documented bullet-ant ritual that could kill a man from shock, but it wasn’t that. The challenge lay entirely inside oneself, where the only pain was that of your demons clawing their way out.

The brew is prepared from the ayahuasca vine plus the leaves of a shrub whose name begins with psycho, boiled together in a ceremony that lasts one to four days, depending on desired potency. The resultant tea smells like a burning tire, enough to induce nausea or cold feet. Almost everyone who partakes will throw up in deep, rib-straining heaves the shamans call the purge. When the visions arrive, tenderized core muscles and puke-filled nostrils seem nothing to worry about. Shitting or pissing yourself, a minor faux pas, bumping somebody on an elevator. A jaguar or deity in jaguar form might rip you open and gnaw your entrails and you’re not only conscious, you’re more alert than you ever have been. You might grow roots that extend from your toes into the dirt, joining with the root system of all the trees close by. You won’t think you’re a tree, but you definitely won’t think of yourself as human. Your eyes could exert the gravity of black holes, sucking all light from nearby sources, until they start drawing in matter and divert a comet storm into your face, tearing and fragmenting the flesh and then the bone until only the ether of your consciousness remains. Whatever it is that kills you, you will be thankful for the chance to be reborn.

Visited by the forca estranha—strange force—many report vivid recollections of childhood. Attuned to every frequency, the sound plays clearer now than it could have then. Memories give way to what many believe are visions of the future, something I learned is true only in a sense. Ayahuasca allows a lifetime to be seen in its entirety—the moment is long enough and the vision, clear enough. When people ask I tell them I saw ahead to when there are no people, only ghosts that look like angels with heads like Munsch’s The Scream. They hear each others’ thoughts but can only pass through one another. They cluster in sickly iridescence like clouds of bugs at night, bound by the darkness that surrounds them, knowing nothing but their own pain and the others’ madness. I have no idea how long that image lasted; it may have been a millisecond that felt like hours, or vice versa. But the embers are the last thing I remember seeing, the image that stayed with me the longest, and the reason I found the path.

A candle signifies the end of the ceremony. The shamans blow tobacco smoke over your crown and throat chakras. When you open your eyes, they’re looking at you differently. When I found Jory he was caked with grey mud from his chest down to his royal blue trunks (many took off their clothes) except for a strip of inner thigh where he had pissed himself. He had been silent the entire ceremony, even while others wailed about God and their parents and the trees and the animals, now talking lowly, presumably to the group, perhaps to himself, about the babysitter who took his virginity. He didn’t say how old he was. Knowing Jory he must’ve been about eleven and she must have been seventeen.

Nick Michalak lives and writes in Toronto. His other work has been featured at Word Riot and Cannoli Pie Magazine. He likes jiujitsu, yoga, and cats and his personal hygiene has been described as "above reproach."

← Seven Drums
To Need Me and Not Know →