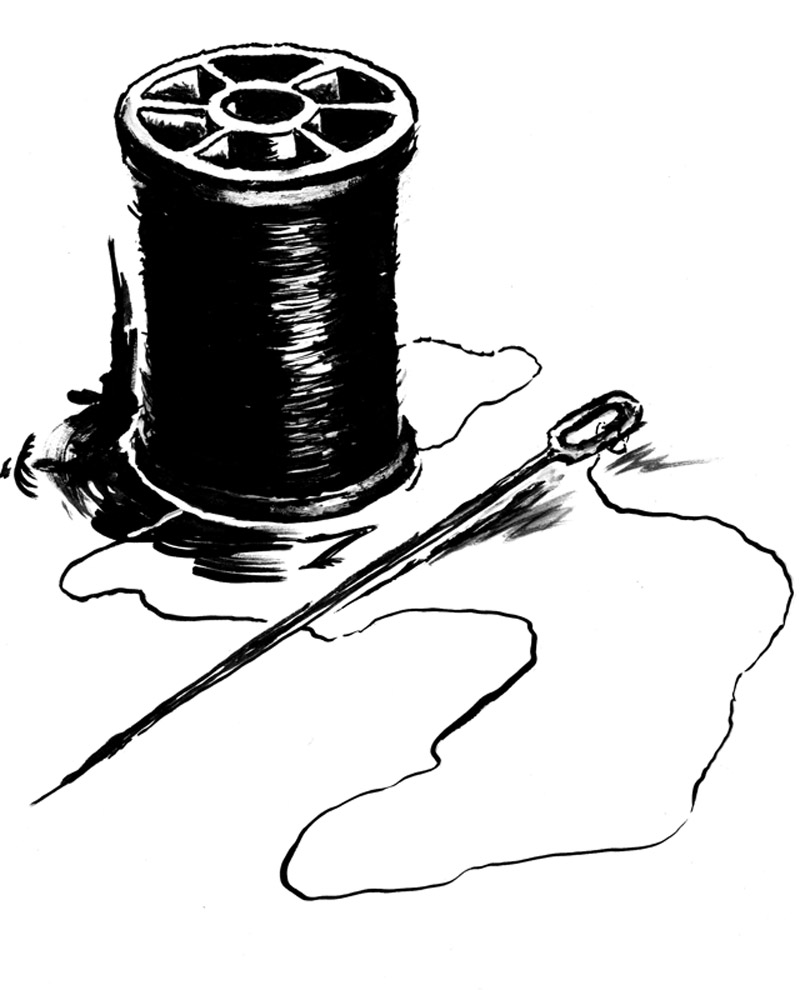 No trauma.  No pain.  No warning.  On the phone, in the middle of explaining to a woman from Duluth that her policy did not cover any act of God involving water, and therefore, regrettably, she would not receive Prime Way compensation, the husband’s words were snuffed out like candles in space.

He fell into blackness.  All sound sucked away.

He was aware of the physical world, but from a distance, as if he had plunged into a deep hole.  He no longer conceived of either his hand or the receiver; he only sensed, wordlessly, that a distant part of himself—like an old, half-forgotten memory—stood in contact with an object, and that object should be used for destruction.

On the surface, he roared into violence.

Two colleagues subdued the husband when he began hitting his computer monitor with the phone.  While they wrestled him to the floor, the men noticed how his head drooped like a flower with a broken stem.  Saliva spilled from his mouth.  They wondered if he was dying, and each privately imagined commandeering his vacated cubicle.

The coworkers resented the husband, not only because his desk stood nearest the restroom.  He never took sick days.  He was always on time.  For more than ten years, he’d skipped the Monday doughnuts.  He was supremely disciplined or supremely spineless.  Either way, they hated him for making them into slobs.

Paramedics rushed the husband to the hospital.  Neurologists applied non-invasive tests for two hours, after which they declared his head “no longer viable.”

Bedside, they pronounced the diagnosis.  The patient didn’t hear.

Engulfed in blackness, he only felt a queasy, off-pitch drone signaling that his essence was motionless, rootless, and cosmically out-of-touch.

He bucked and flailed and tore at the doctors’ shirts.

Burly staffers situated the husband under heavy straps and inserted a pillow behind his head.  The nurses frowned at him.  “Such a tragedy,” one said.  “Still got most of his hair,” said the other.  She clucked her tongue at the Rolex on his bedside table.  “You can’t take it with you,” the other one agreed.

The hospital notified the wife, who left her yoga class to be with him.  She stroked the husband’s chest and held his hand.  He lay with his face toward her, his blue eyes wooden.  It was unnerving, this deserted stare.  His bloodless cheeks appeared deflated, or perhaps this was an effect of the milky light filtering through the curtains.

It had been weeks, the wife realized, since she’d bothered to really see him.  He’d become a collection of parts and impressions: a mouth, an arm, dirty socks, Barbasol.  Studying him now, he scarcely resembled the man she’d married.  This thing on the bed was a sculptor’s rendition, a mannequin.

The lining of the wife’s skirt caused her knees to itch.  A chill rode her body.  The diagnosis made no sense.  A dead head?  Was this a joke?…

Darrin Doyle is the author of the novels The Girl Who Ate Kalamazoo and Revenge of the Teacher’s Pet: A Love Story. He loves the word "squatchy," shaves on days of the week that contain the letter T, and teaches at Central Michigan University.
← tumBULLr Tuesday
tumBULLr Tuesday →