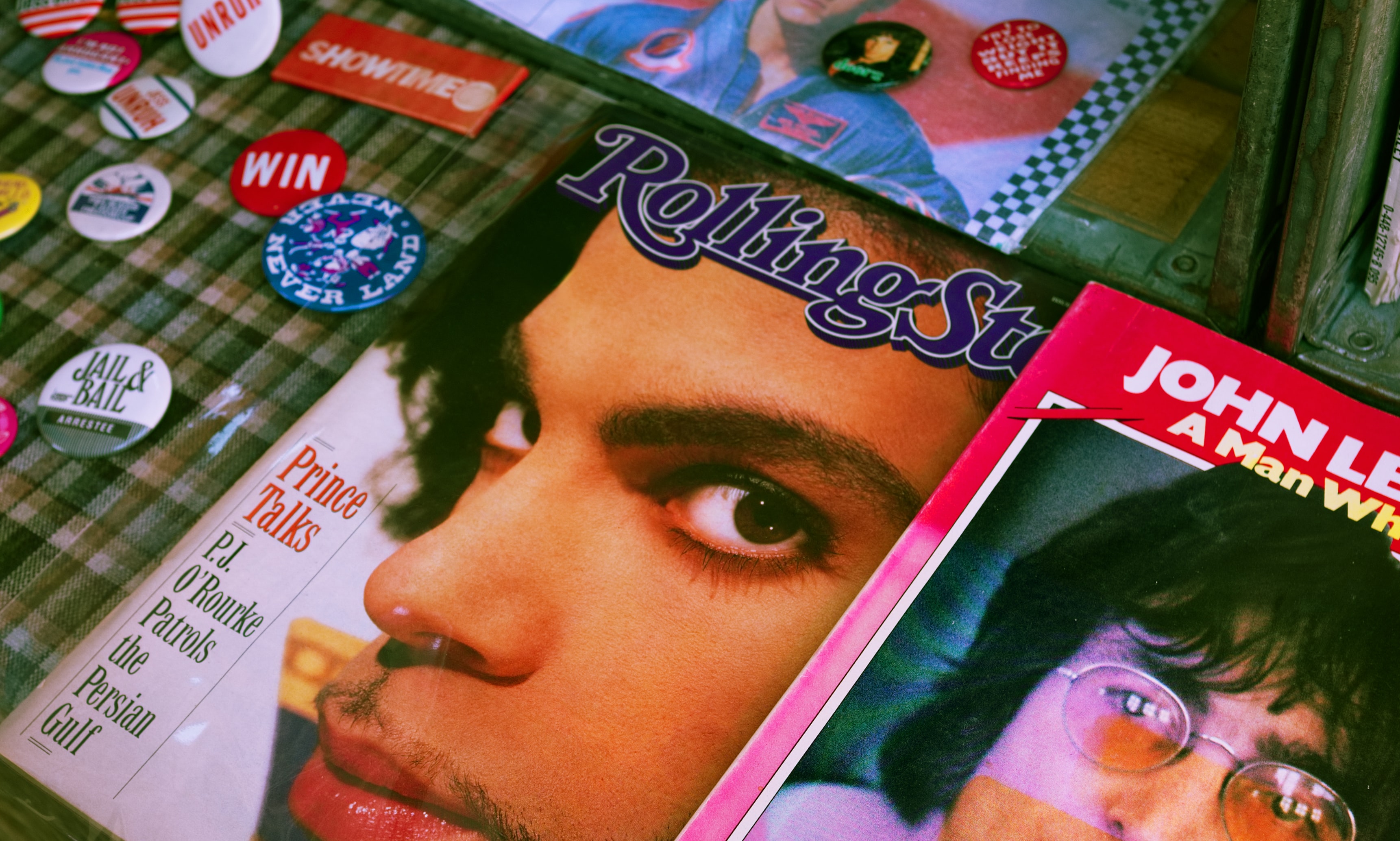 My name is Jennifer Pennington. I’m the Public Relations Officer here at Hollywood Hologram Live 4-D Holographic Entertainment Co. Thank you so much for contacting us. It’s feedback from customers such as you that helps make our company the best that it can be, though I must say that I was deeply saddened, and quite frankly disturbed, to receive your complaint letter (and the accompanying video evidence), which was passed on to me last week by one of our customer service representatives. Due to the seriousness of the situation, I felt it important that I respond to you personally.

First of all, let me congratulate you on your big day. All things considered, I hope it was a joyous affair. That said, on behalf of everyone at Hollywood Hologram, I would like to extend my sincerest apologies for the unfortunate “incident” (as we have been calling it, for lack of a better term) involving our product at your wedding reception. I can only imagine how upsetting, and downright traumatizing, it must have been for everyone involved to witness. No one should be forced to sit through such vulgar and unspeakable acts, especially not with  what appeared to be the many young children in attendance. Not that I view the acts themselves to be particularly vulgar, since I happen to consider myself a fairly progressive person (I’m of the opinion that what two consenting adults do in the privacy of their home is their own business), but rather I’m referring to the context and lack of consent on the part of the audience.

We are particularly sensitive to this situation given that it took place at a same-sex wedding. We know full well how long (far too long, in my opinion) your community had to fight in order to gain the right to marry, and the last thing we would want is to make a mockery of that. I know firsthand, having been married to the greatest man in the world for ten amazing years, just how special one’s wedding day is, regardless of if it’s between a man and a woman, a man and a man, a woman and a woman, and so on. Not that it compares to your situation, but I too suffered something of a mishap on my wedding day. We ordered pink hydrangeas for our centerpieces to honor my late grandmother, who used to have a garden full of them when I was growing up. However, on the day of our wedding, to our horror, the florist showed up with white roses (what a cliché, right?). In the end we didn’t let it spoil our big day, but I’d be lying if I didn’t say it somewhat tarnished it, so I can certainly empathize with what you must have gone through.

Before addressing some of your concerns, I’d just like to take a moment to tell you a little bit about our company, because we here at Hollywood Hologram take great pride in what we’ve been able to accomplish. As you may already know, we are one of the biggest providers of live 4-D holographic entertainment in the country. Our technology has been described as nothing short of revolutionary by some of the most reputable tech media outlets out there (I won’t bore you with the complete list, but I will tell you that it includes the likes of WIRED, Scientific American, and TechCrunch, just to give you an idea, with the latter calling our holograms “so lifelike that it’s almost as if they are there in the flesh,” which I’m sure you can attest to yourselves, for better or worse).

More than just entertainment, we like to think that our holograms make the world a better place by bringing the past into the present and celebrating life alongside history. You may as well be the first to know that we are also at work on an exciting new project to help combat religious conflict by bringing the world’s major religious leaders together on stage for World Religion Day (with the exception of course of he who shall not be depicted—we learned our lesson on that one after last year’s incident at a certain ceremony to mark the end of Ramadan).

But it hasn’t always been smooth sailing for us. When we first set out to change the world of holography, we faced plenty of pushback from certain social and religious groups. Some accused us of exploiting the good names of deceased celebrities without their consent, even going so far as to call what we do a form of “ghost slavery” (we strongly disagreed, and after a lengthy and expensive legal battle, so too did the courts); while others (i.e., evangelicals) have condemned us for “playing God.”

Despite these many obstacles, with the help of the world’s leading holographic scientists and motion capture experts, Hollywood Hologram has remained dedicated to its mission of creating the most realistic computer-generated four-dimensional human likenesses (or HumaGrams™) possible. Before branching out into private functions, our holograms had been featured in concerts, music festivals, halftime shows, parades (including NYC Pride), and other major public events around the world (you may have seen our hand in The Beatles’ reunion at the Grammy Awards, complete with hologram John Lennon and hologram George Harrison).

Furthermore, you should know that Hollywood Hologram prides itself on being an LGBTQ-friendly company (in fact, many of our most-requested performers are gay, including Freddie Mercury and George Michael). Every year we donate a portion of our profits to civil rights organizations such as GLAAD, and we regularly score high on the Human Rights Campaign Foundation’s Corporate Equality Index. But perhaps most importantly, we make every effort to cultivate a work environment that celebrates diversity and champions inclusion benefits for everyone.

All of this is to say that Hollywood Hologram has a long and reputable history, and while we’re always open to constructive criticism, we do not take lightly to any accusations of impropriety. More specifically, to the charge that someone, or some people, within our company “intentionally sabotaged” your wedding day due to political or religious ideologies, or that we committed a hate crime by “perpetuating the harmful stereotype that all gay men are promiscuous or hypersexual to the point of deviance,” all I can say is such claims are totally unfounded and without merit, and should you continue to make them in a public forum (i.e., your not-so-subtle threat to “see what Good Morning America has to say about all this”), I should warn you that we could be required to pursue legal action for defamation.

Unfortunately, as of now it is still unclear as to why the holograms at your wedding—hologram Elvis and hologram Prince (great choices, by the way)—acted the way they did, which is to say in a concupiscent, downright pornographic, manner. One theory we are currently exploring is that it was some sort of glitch in the computer program, though that wouldn’t explain the holograms’ specific actions, such as why Elvis suddenly ripped off his American Eagle jumpsuit in the middle of “Love Me Tender” and began wiggling his hips to create what I can only describe as a sort of helicopter effect with his privates parts (though I now see why they called him Elvis the Pelvis, ha ha—sorry, just trying to make light of an awful situation). Or why Prince climbed onto Mr. Moore’s grandmother’s wheelchair—who, as you mentioned in your note, made the trip all the way from Florida mere days from her 90th birthday—and started performing a lap dance before pulling down his sequined pants and using his member to strum the guitar solo to “Purple Rain.” Further, it certainly doesn’t explain why the two deceased musicians took turns mounting each other over the dessert table, since such behavior, I can assure you, is nowhere to be found in our software. Given the nature of the incident, we strongly suspect that someone—perhaps one of our many competitors—hacked into our system in an effort to damage our reputation.

Unfortunately, as per our company policy, which you agreed to when you signed off on the Terms and Conditions of your contract, we do not offer refunds. Besides, from what we understand, the incident with the holograms did not occur until well into their set, at which point, I think it’s fair to say, you more or less got what you paid for (some would argue more—I mean, how often do you get to see two of the biggest stars of all time in such revealing states?). If, for example, you went to a Bruce Springsteen concert (and I use him as an example because my husband and I are huge fans of “The Boss,” having seen him perform live twelve times), and a technical issue prevented him from coming out for an encore (as he is known to do, sometimes returning to the stage three or four times), would you expect to receive a refund? No, of course not. Sure you might be upset that you didn’t get to hear an extended version of “Born to Run,” but you would still be happy to have enjoyed his other many hits, including “Glory Days,” “Dancing in the Dark,” and “I’m Goin’ Down” (we were disappointed to learn that he no longer plays our personal favorite, “Born in the U.S.A.”).

However, as a show of good faith, we would be happy to offer you a discount on your next purchase, should you ever choose to use Hollywood Hologram for your entertainment needs again. Perhaps you two are considering starting a family (though I understand it can be quite difficult for two men to adopt, likely due to the belief, true or not, that children fare better in traditional mother-father families). As you may know, gender reveal parties are quite popular these days. What better way to announce to your loved ones that you’ve chosen to have a boy than with a rendition of “Beautiful Boy” by John Lennon, or, in the case of a girl, Stevie Wonder’s “Isn’t She Lovely?” We want to be perfectly clear that this generous offer should in no way be misconstrued as an admission of guilt or wrongdoing on our part.

Thank you and best of luck as you start your new life together.

Graeme Carey is a writer from Allentown, Pennsylvania.

Photo by Doyoun Seo on Unsplash.

← The Invitation
Mermaid and Seaworm →