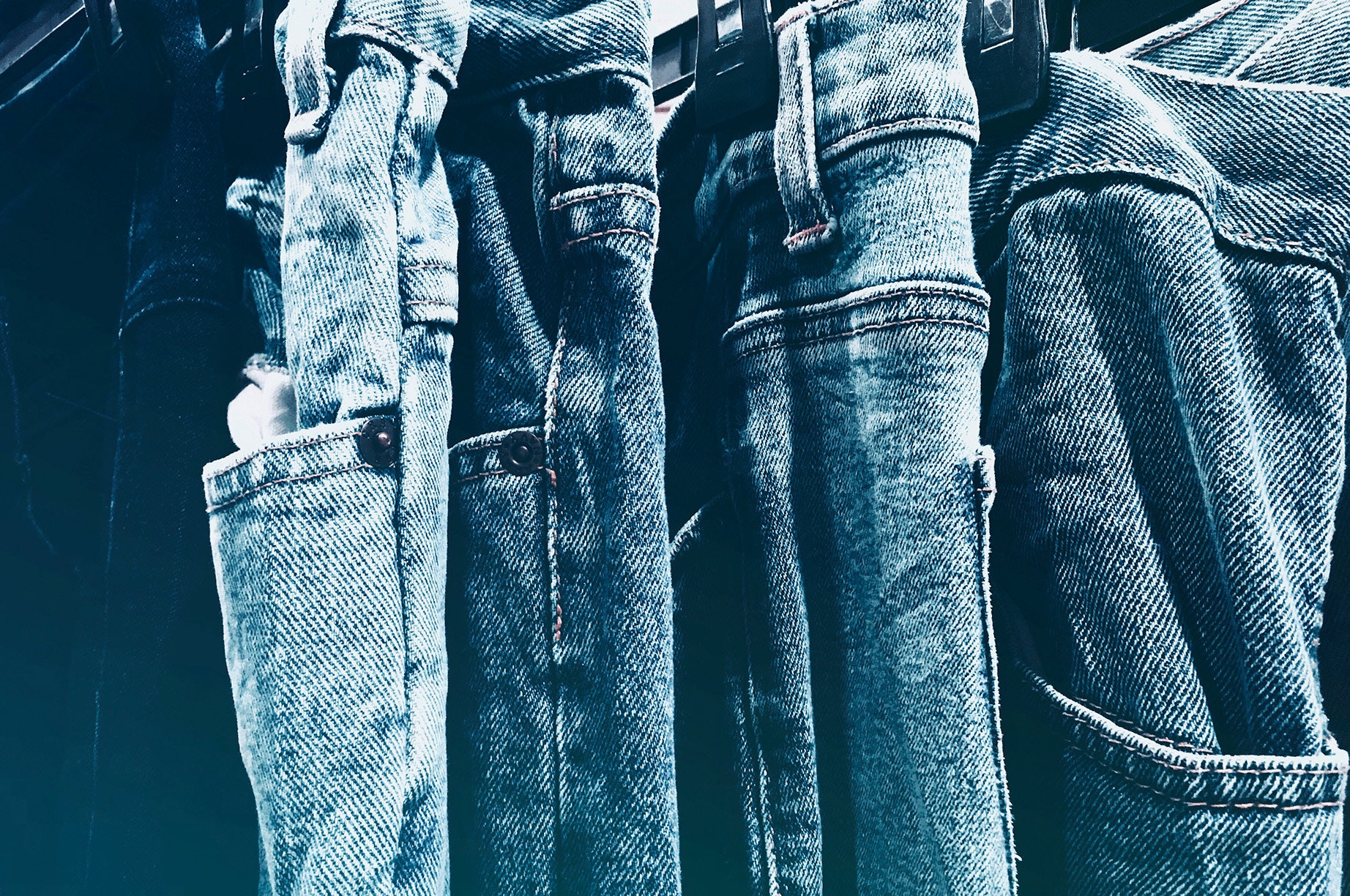 The Artisan wakes up one morning to find themselves one of America’s most respected people.

This place has everything, giant sequoia, long-arm jurisdiction, a young Welsh actor with a soft voice and extensive penis, free speech as an Important American Value, amandla!, craft breweries with catchy names like [noun] [verb] [9/11], independent coffee shops only open every third Tuesday of each month, dumb co-workers who take calls on loudspeaker, Jesse Eisenberg brushing your hair, small fashion labels that only make apparel in mauve fleece, patent heels that cost two paychecks, profound feelings of alienation and discontent, Prince Mateen of Brunei, silent discos populated by whiteboys who went to school in New Haven, tattoo shops run by dyslexic trustfund babies, Hudson Valley cheesemongers who may or may not be on the Sex Offender Registry, the ex you’re too hot for, I licked it so it’s mine.

Newfound prominence in tow, the Artisan goes on a trip.

Wabi-sabi is a Japanese worldview grounded in the acceptance of transience and imperfection.

Tadao Ando describes wabi-sabi as a simple aesthetic where inessentials are trimmed away and eliminated, while Leonard Koren calls it “the antithesis of our classical Western notion of beauty as something perfect, enduring, and monumental.”

The wabi-sabi aesthetic is one that recognizes beauty as imperfect, impermanent, and incomplete. It is a way of living that appreciates the simple yet impermanent states of life—nothing lasts, nothing is finished, and nothing is perfect.

The aesthetic is one of austerity, modesty, intimacy, and carries with it an appreciation for the integrity of natural objects and processes. It includes the passing of the seasons and the yellowing of paper, the humble, rustic simplicity of pottery, as well as the understated elegance of a garment.

Consider a tea bowl worn rugged from use. In Japanese tea ceremonies, rustic and simple pottery with asymmetrical shapes, incongruous colors, and varying textures are used. These items appear unrefined, but it takes a keen, discriminating eye to discern truly excellent design, whether in color or glaze. Some tea bowls are made deliberately chipped or nicked at the bottom. Others change color over time as they come into repeated contact with hot water. Kintsugi, where cracked pottery is repaired using lacquer dusted in precious metal, is emblematic of wabi-sabi—the life of an object and its impermanence evidenced by its patina and wear.

Japan is home to denim mills that churn out the world’s best denim, prized for its quality and durability. Much of this work takes place in Okayama, Japan’s Denim Capital.

Many Japanese denim producers are peerless, unmatched from concept to execution. Countless subtleties—rope-dyeing and weaving on shuttle looms among them—put Japanese mills in a class of their own.

Shuttle looms were the industry standard for quite a while and during that time almost all denim was selvedge denim. One of the challenges faced with using these looms is their slower speeds. A traditional shuttle loom can produce on average about 150 picks (rows of weft yarns) per minute.

In the 1950s, the demands of globalization and mass production led denim mills in the U.S. to abandon shuttle looms in favor of projectile looms, which produced significantly more denim at much higher speeds. Doing so lowered production costs, but also compromised quality.

Unlike shuttle looms, projectile looms do not weave denim with continuous strands of yarn that created denim fabric with tidy, self-sealed edges. Instead, they wove denim by shooting individual, unconnected strands of denim, producing denim fabric with edges that are frayed. Thus, jeans began to require stitching to accommodate this untidiness.

Selvedge denim is denim that has self-finished edges. The self edge, besides for being aesthetically pleasing, prevents the fabric from fraying and unraveling and is generally a sign of a higher quality denim. These days, vintage production techniques have helped reintroduce denim garments as a superior product from a foregone era.

Denim operates on the three Fs: fit, fabric, and finish. Paying attention to such minutiae as threads in pocket-stitching and garment construction, connoisseurs closely scrutinize every step of production—from weaving and dyeing to sewing and finishing.

Japanese denim is coveted because there are certain qualities—unique dye shades chief among them—that cannot be reproduced elsewhere. Bespoke dye recipes and factors such as the minerals contained in water mean that no two factories can create the same dye shade.

Dyed by hand with coloring naturally sourced from the Japanese indigo plant, the finest Japanese denim incorporates methods from ancient times. Records of indigo plant cultivation date to the 7th century, when Japanese artisans learned to extract deep, dark shades of blue using those plants. Indigo dye was initially used only for clothing worn by aristocrats and samurai. By the 17th century, still two centuries before the United States would see its first pair of denim jeans, Japanese indigo dye was also used in common household fabrics.

Kojima, a town nestled in Kurashiki-shi, Okayama Prefecture, is a major hub for Japan’s textile industry and home to such revered denim brands as Japan Blue and Kapital.

The history of textile in Kojima can be traced back to the Edo era, the period between 1603 and 1868. In the 18th century, rice fields were common throughout Japan. The locals quickly discovered, however, that low rainfalls and salt residue in reclaimed land made Kojima unsuitable for growing rice. They pivoted to grow crops like cotton, thus sealing Kojima’s fate as Japan’s base for high-quality textile manufacturing. During the Sh0wa era (1926-1989), the region flourished when the vast majority of Japan’s school uniforms (gakusei-fuku) were made there.

The first denim manufacturer was established in 1965 in Kojima. Take Ivy, the menswear bible and fashion photography book documenting the attire of 60s-era Ivy League students, also came out in 1965.

By the 1970s, the Ivy look had gained immense popularity. American students wore jeans on campus. The demand for Kojima’s denim took off, and the jeans sold like hotcakes throughout the 70s and in the decades since. The rest is history.

The Artisan arrives in Okayama and goes straight to Kojima Jeans Street, where each local brand has a little shop. The Artisan loves denim, whether raw or rigid or heavily-distressed or ultra-stretchy, they love it all.

The Artisan understands that Japanese designers have a fetish for iconic, old-timey Americana—cowboys, most notably, and Wild West mystique. In a store he sees a photo of the gay-bashing war criminal Ronald Reagan in full cowboy regalia, spurs and all, presumably a marketing image from one of his shitty films. Shuddering, the Artisan thinks about the hollow-eyed and hysterical masses who suffered thanks to Reagan’s homophobic neglect. He warily eyes the weathered patina the photo has accumulated over the years. Patina is deeply intertwined with wabi-sabi.

The Artisan enters a compound of white sand stucco buildings that once housed Kojima’s public swimming pool. The Architect notices subtle nods to the compound’s past like bleach white ceramic tiles and lifesaver motifs. It is a charming, sprawling space. The Architect admires a discreet Japanese rock garden (karesansui) hidden behind some screens. The main building, converted into a workshop, appears sleepy at first blush. But French doors done in an almost Californian (but not quite) style open to reveal a hive of activity. The Architect knows instantly that this is the epitome of a “working space.” The Architect mentally notes that he has travelled slightly under 7,000 miles to be there.

The Artisan notices the antique motorcycles on display, rusty and rundown jalopies deteriorating to the point of virtual collapse. The Artisan admires the aging and exposure their surfaces have undergone. The aging process allows each piece to be designed from the inside, oozing patina.

The Artisan touches jackets rubbed with natural dyes, fingers intricate patchwork quilting, inhales fringed leather shirts with bits of plumage dangling at the collar. The Artisan balks at the myriad Native American references, but admires the artistry and skill behind the bigotry. Ralph Lauren has, after all, made a career out of cultural appropriation. The Artisan gently runs their hand over a padded coat in a bandanna print. Moving down the narrow workshop aisle, the Artisan feels their nerves tingling as they touch heavy woolen shirts in every imaginable plaid. The Artisan studies a T-shirt silk-screened with a bucking bronco, looking down from a wall.

The Artisan investigates signs of wear and tear on the vintage pieces, breathing in the character of a classic car housed at the rear of the workshop. The Porsche hails from a mythological age of American auto-racing—James Dean is rumored to have sped around in it. The Artisan interrogates the workwear, the denims, the ten-gallon hats. The Artisan communes with dizzying Navajo-blanket vests, bombers with stars-and-stripes iconography, shirts in muscular chambray and delicate gingham, jewel-toned cords with ribs so thin they look like velvet, and buttery suede bags. His hands flutter over moccasins constructed of the softest leather and embroidered with Western imagery recalling the oeuvre of one John Wayne (born Marion Robert Morrison). The entire setup is a potent mirage of America, bursting at the seams with testosterone and self-righteousness.

The Artisan caresses a satchel dyed in a delicious sheen of persimmon. With the intensity of a coroner, the Artisan examines buffalo-leather totes and doctor’s bags with stern brass studs and chains dangling from their handles as well as boldly-colored wallets made from repurposed cardboard. The Artisan navigates stacks of found objects and flea-market finds—lacquered leather jackets that take 8 months to create, silk souvenir jackets with dragons, tigers, and koi inspired by 17th century Chinese design, sleek kimono jackets made from washi paper, 1950s Hawaiian shirts with bombastic flower prints, palm trees, and pineapples, baseball jackets and jerseys with haughty, red-blooded stripes, sensible shoes in deerskin and kangaroo hide, as well as jackets dyed with mud and volcanic ash. The Artisan picks up some jeans that use 12 different threads—including resilient ones not normally used for apparel—for the ultimate in durability. This haul represents the golden age of America.

Fully expended, the Artisan sinks into bed, enveloped by the finest indigo cotton sheets, and sleep overcomes them.

In Japan, hatsuyume is the first dream a person has in the new year. The dream is said to foretell the dreamer’s luck for the year ahead. Since the Edo period, it has been considered good luck to dream of Mount Fuji, a hawk, and an eggplant, the sentiment popularly referred to as Ichi-Fuji, Ni-Taka, San-Nasubi.

It is unclear why this particular combination is considered auspicious. One theory points to Mount Fuji’s status as Japan’s highest peak, the hawk as a clever and strong bird, and the word for eggplant (nasu or nasubi) as having a similar sound to the phrase for achieving something great (nasu). Another suggests that this combination arose due to the preferences of the legendary sh0gun Tokugawa Ieyasu.

That night, the Artisan dreams of all three.
The next morning, to no one in particular, the Artisan says,
The nature of wabi-sabi is imperfect, impermanent, and incomplete.
How do I appreciate what I have?

Then the Artisan recalls the time they asked a whiteboy
Why is it that when you towel off
You wipe your balls first?

Photo by it's me neosiam from Pexels.