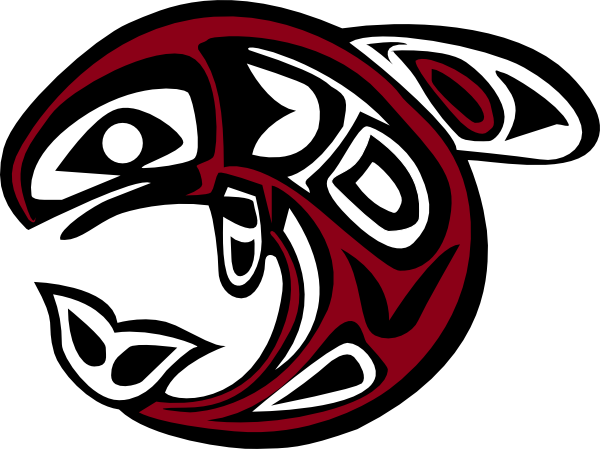 On the first day of a new fishing season, Michael stuns the king salmon with a blow from his gaffe hook and brings it over the troller’s stern in one arcing motion.  He lowers it in the bin and smiles to himself. It is a keeper. It is beautiful: twenty pounds before dressing, black gummed with glistening iridescent scales.

When the first tack is done, he bends over the fish and slits it from anus to just below the collar, removing the insides. Michael takes the guts and puts them in a two gallon bucket at his feet, a precaution to keep the scavenging seagulls from following and catching in his gear. As he works he thinks of his father, retired in Sitka where he spends his summers working his garden and watching the Gulf of Alaska crumple in the distance like a bright metal sheet without sound. Michael continues to work the family’s troller, but other boats dominate the fishery now, bullet shaped steel seiners with giant nets that carry their catches out of the ocean by the thousands, deckloading the fish in piles like tires in a junkyard. All fishermen kill for a living, but for the seiners it is not difficult.  They don’t see fishing as one body giving itself up for another, but like a cash grab, scales glistening everywhere – on their decks, on their boots, in their bunks – like thousands of tiny silver dollars. And Michael sometimes fears that he will be like them, because he wants the better things too: a new truck, fresh wood for his rotting deck, a house to rest in after the season when all his joints feel as though they’ve been filled with glass.

Michael leans over the king salmon and traces its gill plate with his knife. He tries to block it all out, the other boats, the rising fuel costs, the way the kings become fewer and smaller each season.  He closes his eyes and imagines his father bent down under the early morning sun sowing row after row of seeds, searching for a new rhythm after so many summers spent at sea. Those gnarled and arthritic hands, back now bowed like the hooked end of a gaffe, his dad once seemed like the most powerful man in the world.

Michael was barely old enough to tie his shoes when he was allowed to make his first kill.  With gaffe hook in hand, he lunged at the flopping king salmon, beating the plump fish all over its body until it lay there looking up at him, undead, coughing blood in small arcs. No, no.  Like this. Michael’s father took the gaffe hook from him and brought another salmon over the stern into the bin.  He timed the thrusts of the king and then with a whooshing thwack gaffed the fish once on the crown of the head and silenced it. He ran two quick slits through the gill plate, slid it gently to the back of the bin and turned to Michael:  This is how you kill a king.

Before he takes off the king’s head, Michael says a thanks and bends to kiss its black, salty nose, a good luck charm his father taught him that they’ve done for the first fish each season as long as he can remember. The king returns Michael’s kiss with the last reflexive gasps of its life, blood running fast from its gills before he removes the head with a few hard turns of his knife, leaving the heart exposed, still pumping even after everything else is gone.

Paul Vega is a fiction editor for Pacifica Literary Review and received his MFA from the University of Washington. His work has been published or is forthcoming in The Portland Review, theNewerYork, Hot Metal Bridge, Ambush Review, and elsewhere. He tweets @PacificaReview and @Paul_T_Vega