Fiction by Israel A. Bonilla 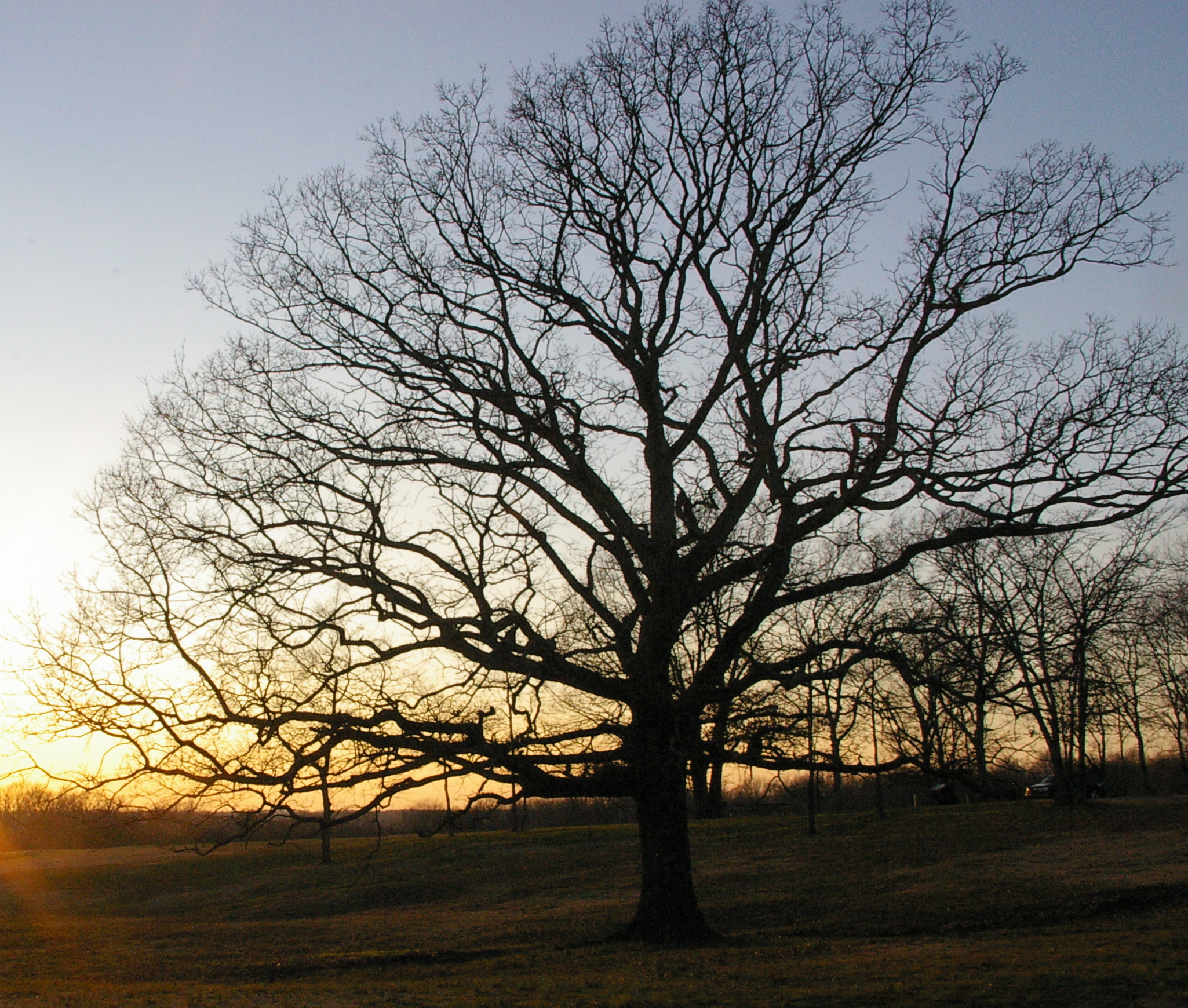 The old branches still reach high. I am reminded of last year’s thought: our conjoined misery will survive the tree’s course through the calendar. Somehow an outward signpost slightly dissipated the vagueness of prolonged grief. Yet it also sharpened the loss. I longed for my wife’s fingers drifting across my back as I watched the twigs vibrate, I longed for the contours of her waist freewheeling against my hands as I watched the trunk sway, I longed for the thread of hair caressing my lips as I watched the leaves droop. And then the sense of guilt, for the fragments that held me in such a trance belonged to a withering woman with whom I had shared the better part of my life.

Five years I had tended to an increasingly severe depression. It had no identifiable beginning. Or if it did, we were not aware of it. The liveliness of her manner dimmed in a strange progression. Her highs were always attaining the same height, but her lows found newer and newer depths. Until the highs became a tolerable apathy, then nothing. Of course there was a nagging and vain feeling that I was to blame, though she was quick to brush off my misgivings. Pills soon answered our concerns.

At no point had she surrendered to the inertia that clogs the affections. The very simple language we had developed unconsciously in brighter days broadened under the weight. I suppose there was a mixture of sincerity and effort. The psychiatrist once explained to her that an emotion is the effect of a bodily change, not the other way around. But I responded with a growing tepidness. She had long retreated from the more demanding intimacy: a kiss was faintly sustained, a caress led nowhere and met no reaction. The matter was settled when I pushed too hard.

“This is tiring. It is one more problem to think about.”

“Yes. I’ve really wanted it to be something else. But it is a problem now.”

“A passing thought, a moment of weakness, I don’t know.”

“We’re talking about something that makes both of us happy.”

“Don’t you feel a buildup when we’re laughing, when we have a moment to breathe?”

“I’m still here, Ruben. And I enjoy those things. They are enough. They are what I need.”

I felt an urge to talk about my own needs and whatnot, even if I was opening myself to accusations of selfishness. Yet I was struck by the way she then held my hand. There was no strength, no warmth. One could scarcely imagine it was the extremity of anything living. Indeed, the accusations would have been grounded. I was possessed by a guilt that would come to be inexorably linked to my lust.

Duty compelled me forward insofar as it remained concrete. I found a measure of nourishment in our surface contacts. A kiss, a hug, a laugh. But that too decayed, leaving us with words. My obligation became abstract. And I hesitated again and again, relentlessly thrown backward. Since the present was anemic, the past had to be ransacked. For both our sakes. She also needed the reminders.

What ended up being our routine? I woke up at six, cooked breakfast (something simple: she ate around twelve), went to work, called home once or twice, returned in the afternoon, cooked dinner, and talked with her if she had anything on her mind. Fears, usually. Fear of madness (what if I lose touch with reality and remain worse than a vegetable?), fear of abandon (what if one day you’ve had enough of this and run?), fear of suicide (what if one day I awake to a blank in my mind and I simply go ahead?). No true way to assuage them. Sometimes the mere act of listening seemed to work, sometimes it worsened her state. Sometimes a consolatory speech helped, sometimes it made her apprehensive. Regardless, I suspect she was without hope. What could this forty-one-year-old man possibly do that he hadn’t done yet? Certainly, the pain could not be distributed. It could not be shared in any meaningful sense. And if that was not available, what then? I tried to hide the redundancy of my own lot.

I wish there was more to say about her half. It would be inspiring to speak of a struggle upward; I imagine even some kind of trajectory downward would offer relief. One just surmised the free fall. She slept, cried, and brooded, with the occasional visit to the psychiatrist added, to no real effect.

I noticed the old tree after the makeout session of some high-schoolers. Steady amid the fever. It came to stand for many things: resignation, forbearance, impotence, quietude, lust, chastity, my wife, myself.

Then I answered. The message had been left hanging three or four months. It was from a woman I had dated briefly after the only breakup I had with my wife early on. I had not been able to do anything about it, except masturbate to her pictures.  It seemed she was married and fulfilled. But she later explained the utter isolation she felt near her husband, who year after year rejected her pleadings for sex in favor of pornography. At first, we were wary, and it showed in the inanity of our conversations; neither of us talked at length about his relationship. The fundamentals, however, emerged. We were suffocating. Once that barrier was crossed, we began to flirt.

I had to repeat to myself the reasons I didn’t put a stop. Perhaps they would convince few people, but they convinced me. I needed an exuberant joy, one that grew from the mere presence of two bodies; I needed physical warmth, and it could all have been found by leaving my wife, but it was abundantly clear she depended on me. Thus, I held dear the concealment. I willed the duty but tired of the guilt.

Our first meeting was exceedingly awkward. I assume our exchanges had built effigies quite difficult to live up to. She faced a pale, corpulent cenobite, whereas the confident and teasing words might have suggested a bronze, brawny debauchee. I faced a hollow-eyed matron, whereas the elliptical and kinetic words actually suggested a sprightly coquette. Partial victims of make-believe. Our thirst handled the ordeal with relative ease. She seemed to take a liking to my hands, and I grew fond of her smell. But we stuck to the surface that day.

When it all deepened, I was shaken. The clumsy ways in which we groped each other, desperate not to seem anything less than maddened, the gasping and moaning that filled the air with release, the blundering kisses that left our faces wet, evinced our drawn out seclusion. We were a mess. And we were now equals in our strain, for I had idiotically thought my situation was grand and hers rather frivolous, unaware of the intensity of her yearning.

In this peripheral intimacy, we lost the dignified posturing of martyrdom. Pleasure disentangled our rigid dispositions, and we gained insight into our once-crumbling bodies. This time-worn piece of flesh, with its unbecoming belly and flabby limbs, exceeds the usual disgrace attached to it and now abounds in delightful memories. There is much wisdom in the psychiatrist’s words.

She does not disclose much about her husband, nor am I eager to speak about my wife. These are separate lives, and we are also leaving behind the habit of amalgamation. We are many, not two. Home, I have mind only for my wife’s illness and accommodate her needs. Outdoors, I take in the air.

The old branches spread. And I ask myself, “Can this contentment survive the tree’s course as superbly as misery?”

Photo, "tree," by bananaana04 on Flickr. No changes made to photo.

← I Hope You Know I Love You, Even Though
Speaking in Tongues →