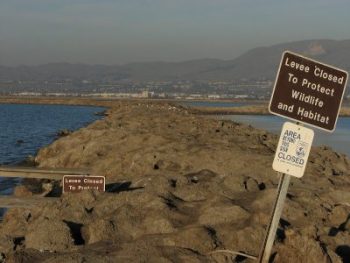 Seventies young physician fresh out of fancy-schmancy Harvard/Stanford/Harvard/Stanford training blew off chief residency and academic career to become the first internist naïve enough to take a position at some migrant worker clinic in Alviso east of San Jose.

Our ramshackle long-neglected prefab building stood between a trailer park, taqueria, chicken farm and Route 237 on a godforsaken patch of baylands.

The good news—and my major perk—was a daily lunch break run on a stunning peninsula that the Audubon Society had designated as a sanctuary for blue herons and snowy egrets.

But multiple-choice bad news turned out to be much more significant.

First, the below-sea level neck of land would flood every rainy season. (My youngest daughter, not born at the time, still flashes Polaroids of me: bearded, pony-tailed, drenched, bedraggled, ecstatic—to get a rise out of her friends. Dad paddling a canoe, rescuing stranded people and livestock. A boom box floating six inches below the ceiling of my examining room.)

One spring when jogging I noticed sandbags (or so I thought) washing up onto the shore. I could barely make out “AR Y         C RPS    OF   ENGIN ERS   ASBES   973   .” Whoa! All that effort to become fit had simply exposed my lungs—and more so, the chain-smoking illegals, squatters and other poor folk and their kids who actually lived in this barrio—to a megadose of asbestos.

Second, abandoned by the good citizens of San Jose, this strip was essentially zoned below the radar with many dwellings without basic services such as water and electricity.

Of course now decades later, as Silicon Valley has extended its tentacles, Alviso has been rehabilitated into primo real estate, making many developers rich while the disenfranchised have been driven off.

Between a blitzkrieg Berlitz course (my boss reluctantly agreed to pay a third) and the pigeon-Spanish I picked up on the job (memorizing thirty rote phrases did the trick for most common problems), I limped through most days without a translator.

On the whole, my clients were rural, monolingual Spanish, Catholic, family-oriented, humble, grateful for the care.  Although their children quickly assimilated to big city ways, the parents were guileless, rarely scamming for drugs or abusing the welfare system.

Several times I flew down to Sinaloa Province for a weekend volunteering, possibly caring for relatives of my patients back home.  Before landing in the middle of nowhere, I could see an astonishingly long line of locals who had queued up hours before the four-seater puddle jumper finally set down.  Many literally begged for more Valium that some shortsighted thoughtless idiot health provider like me had previously handed out like M&Ms. We gringos seemed either not to consider—or care—that the pastillas would run out after addicting their recipients, usually long before the next charity runs south of the border.

Eventually frustration set in. I understood only single-visit preventative (vaccines, etc.) and interventional (surgeons/dentists) therapies that didn’t involve an internist’s pill-pushing skills (or lack of) had more plusses than minuses.

I also began to wonder if maybe, just maybe, there was more to these ventures than met my eye.  Something beyond generosity, tax write-offs, Dos Equiis XX and lagostino beach parties that motivated the cardiologist to pilot us into Mexico. (Come to think of it, “Dr. Mary” didn’t seem all that engaged in the nitty-gritty of actual patient care.  Her restaurante Español was superb and charming, but she faded in la clínica; by the end of each session, the Mexican assistants had guided me with my veterinarian Spanish to the central hub, moving Mary gently to the periphery.)

Keeping an extra eye open, during my last two tours, I picked up that Los Medicos Voladores’ planes were NEVER searched by highly deferent customs officials.

…That final flight home, riding shotgun next to Mary, for some reason I couldn’t get Bob Dylan’s line “to live outside the law you must be honest” from “Absolutely Sweet Marie” out of my mind.

Photo "Edge of the Levy" by Mike aka crankyinmv

← Can’t Go Back Inside
Joe Clifford →