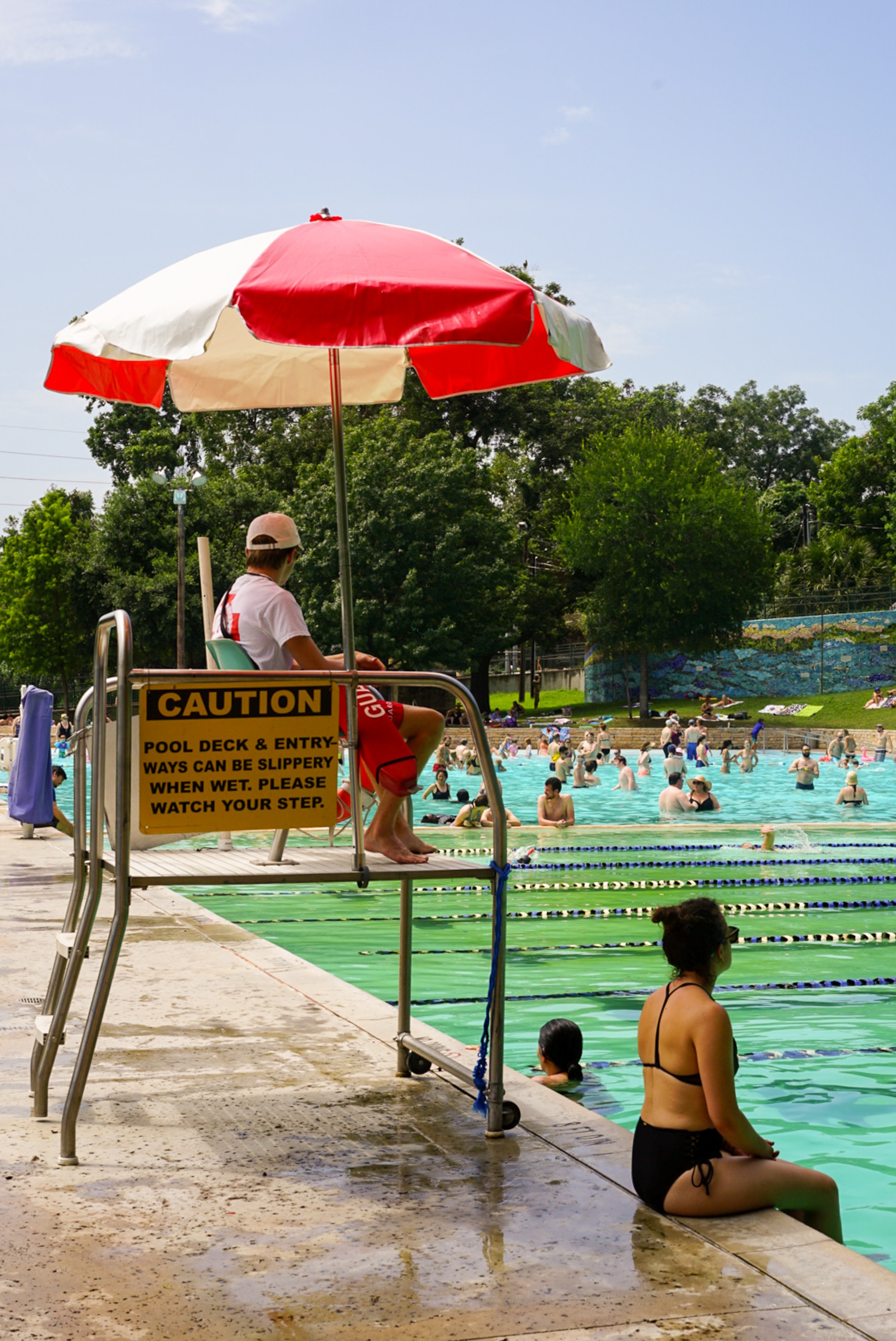 Sable Morris baked her pale skin a fiery amber and slipped through the water all through the summer. June and July spilled off the calendar, and Milkshake wanted to count the days till school, but she made him quiet by pulling on his round fingers.

Each summer there were rumors that the owner of the Oasis Trailer Park would not open the pool the following summer, and kids would make long and conflicting calculations based on past summers the pool had been open or closed and economic guesses based on whether their parents had actual jobs at the rest home, or multiple shifts at the Burger John or the Dairy Breeze, or no shifts at all.

Sable and Milkshake were friends because, years ago she would say (though it was really up until just the summer before), they had liked to dart and plunge through the pool as mermaid and sea monster. She said her hair was red as blood, and he said it already was the color of a penny and he liked to picture it the way it was. She glared at him and he put his hands behind his back. He was Loch Ness, a Kraken, a five-headed Seaworm with no face. He wasn’t the first boy she had role played with in this way, but he was the first who would switch roles when she wanted to.

This summer Sable was slightly taller than Milkshake. More importantly, this summer was the summer of conquest. Sable wanted Lance Brooks to want to do things with her. In a spectacular shift of fortune, Milkshake had dated four girls. Icy Ella, Spanish-speaking Rachel, bossy Tiffany and tiny Lou. Each relationship lasted a day.

Over and over Sable made him tell what he did when they broke up with him. And begged him to tell how he made them want him, even if for just a day. She knew that each one had kissed him. None of the girls denied it. Otherwise all she knew was that he took each one behind the nacho cart and they came out smiling.

Lou had made him the most heartbroke, he would say. Because she had tried to tie her little rainbow bracelet around his wrist (it wouldn’t knot) and she had continued to talk to him and follow after him the whole rest of that day. And when the sun had dropped away and they were leaving for home, Milkshake knew what Lou would say before she could say it. He closed his eyes while she spoke and then he started to run. He didn’t open them until he tripped over a parking brake. He popped his head up and was only a little bloody and was glad to find he had run far enough that no one had seen him fall.

With the days so few there was no need to count, Sable took a sharp breath and swam over to Lance. “Want to know a secret?” she asked.

His eyebrows raised, and he cocked his cheek toward her.

Leaning in, up on her toes, her hand brushing his shoulder for balance, she bit him lightly on the ear. He shrieked, almost musically, and laughed. A shimmery silver, perfect moment.

Across the deep end, Milkshake marched up the three crumbly stone steps of the diving board, looking straight at her. He was both mocked and acclaimed for being the only boy who could soak the rows of sun chairs on either side of the pool. Lance or the other older junior high boys could come close, but Milkshake was fearless and would fully commit. He would tip back into a cannonball or thrust his chest and stomach out wide for the meaty smack of a massive belly flop. Sunbathers cursed. Rare days the cart was open, the nacho lady waved her holy beads. Children shouted before a drop touched them.

Now from the very back of the board, Milkshake leaned back gripping the rusty handrails, yanked himself forward, and sprinted and hopped with precision onto the very tip of the board, which let out a monstrous croak as it bent lower and still lower, seeming as if it might touch the surface of the pool, until finally it recoiled.

Furious, Sable wanted to pop each of Milkshake’s fingers one by one. She imagined she would never talk to him again. At the same time, she felt a twinge of affection over his jealousy. And wondered if from where he stood, it seemed she had kissed Lance, and if it would be less cruel to ignore Milkshake than to keep being his friend.

As his arc reached its height, the entire pool seemed to have turned their heads and froze. Even the dusty clouds paused on the slight August breeze. Milkshake stretched out his arms at his sides, looking possessed, going for the belly flop. But at the last possible second, he reached his arms straight above his head, spun forward, and knifed through the surface.

Someone whistled. For a moment, Sable couldn’t help but feel impressed. Free now to turn back to Lance, she felt a slight tug toward the bottom of the pool. She thought of Milkshake letting her take the first bite of his hot dogs, teaching her how to snap a towel, pushing her up and down the narrow park streets in the three-wheeled metal cart, extra fast and sides hurting from laughter past Looney Medina’s trailer.

She wanted to hold the taste of his odd devotion, fearing she could look everywhere and never again find it. Eager to take another plunge herself though, before Milkshake even surfaced, she turned back to find something more.

Michael Place recently moved to Los Angeles and completed his first story collection. Two of his stories were finalists in the 2018 American Short(er) Fiction Contest, and his work has appeared or is forthcoming at Sou’wester and Hobart. He received an MFA from Columbia University and has taught writing in Chicago, New York, and Ensenada, Mexico.

Photo by Megan Markham on Unsplash.

← Hollywood Hologram
Good Luck, Harriet (Not That You Need It) →