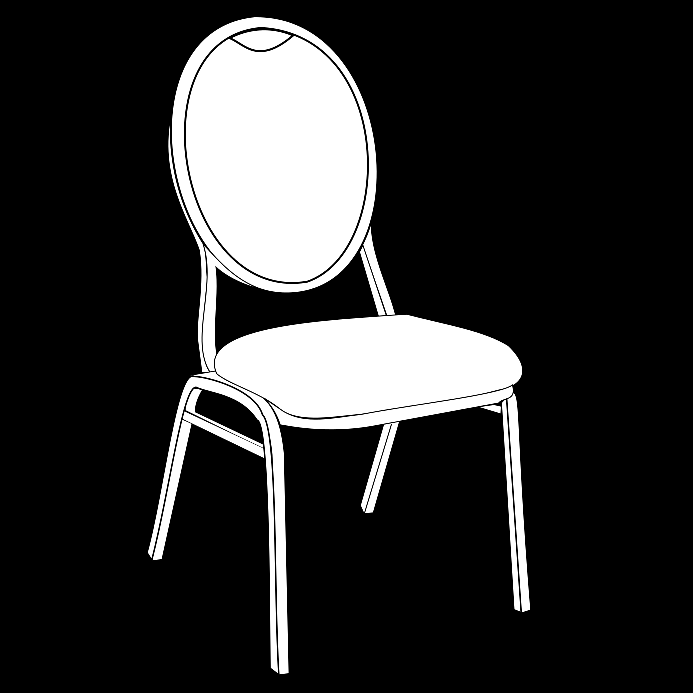 The sales team viewed Morton and his newness with suspicion, and it didn’t take long before all twenty-seven of them were of common opinion: that he didn’t fit in, and never would. They were unanimous in agreeing that he looked sort of like the previous person who hadn’t worked out. Stan or Sam or something. Like him, Morton was a lumbering sort, no hint of the sleek, self-starter type needed to develop leads and close sales. Someone also pointed out that his name contained the word moron.

Morton sold nothing those first four weeks, and when the monthly meeting was again held at the same hotel in the same conference room, everyone was sure the Sales Director would call him to the side when the meeting dismissed, and explain to Morton that a career in sales was not for him. Then, in the middle of the meeting that was to be his last, everything changed.

While reclining in a folding wooden chair with his hands clasped behind his head, Morton placed his full weight against the joint where the chairback met the seat. A short quiet crack was instantly followed by a long, loud one. Two seconds later the chair gave way and spilled him onto the carpeted floor. Several women gasped. The Sales Director stopped mid-sentence. The two men sitting on either side of Morton flinched, then looked down at him, unsure of what to do. Morton rose, flushed but laughing, and trying to induce the others to laughter. But from the looks on their faces it was clear that the pity they already felt for him had only compounded, reinforced with the notion that he was indeed a moron. The Sales Director resumed his flip-chart presentation, highlighting that sales were miserable, and in the end he declined to fire Morton for fear of the company being dragged into a lawsuit if he happened to be injured.

During the next month’s sales meeting, Morton broke another chair. This time scattered chuckles circulated around the room as he lifted himself from the floor. Morton was not as embarrassed, and even made a joke about a “two-fer” that caused everyone to laugh a little more. One salesman wished out loud that he had caught it on video. The Sales Director glared for a moment, then remembered that Mort was on the verge of closing a huge deal, and he laughed softly with the rest, shaking his head at this fresh dose of buffoonery that had injected a strange new levity into the meetings.

In the third month another chair collapsed under Mort. This time no one could hold back. The room exploded into laughter—unapologetic, stomach-cramping, veins-rising-on-the-forehead laughter. The salesman who had made the video remark this time had kept his cell phone poised and taping and caught the whole thing. The clip would garner just under a thousand YouTube viewers. Morty’s big sale had never closed, but the Director kept him on anyway. His antics brought a lightness to the team, he felt, and sales for the other members had never been better. The people loved Morty. He was a good guy.

Theories circulated and people talked. Some claimed it was better to sit next to him, to catch the shock, to feel the suddenness of him dropping away and out of sight. Others thought the view was best from afar, to see the reactions of those around the room. Some thought the initial crack was the best part, admitting they would start laughing even before he hit the floor. Others insisted the sight of Morty rising over the table’s edge like a kid stealing a pie off a windowsill was priceless. Everyone agreed, however, that the monthly sales meetings were now far more enjoyable than ever before.

But nothing happened the fourth month; Morty broke no chairs. After the meeting, several people approached him in the hotel lobby and quietly asked if everything was all right, if he’d been having any problems at home. He shook his head, saying he just needed to make a sale, to which the people initially stared, then smiled politely.

The fifth month was equally uneventful. The sales team sat around the conference table waiting for Mort to take the plunge, and again they were disappointed. Suddenly the meetings had become boring. The team grew restless, even surly. Sales had dropped. People bickered and complained. During a break at the refreshment table someone blew on a cup of hot coffee and asked discreetly how hard it could be to break a chair, anyone of a certain size and willingness could do it. Another person suggested feeding Mort extra doughnuts so he could bust chairs more easily. But the lights dimmed and the Sales Director fired up his PowerPoint, and when the meeting ended everyone was very much surprised that Morton was allowed to leave with the rest of them.

The sixth sales meeting arrived and again Morton remained at the table throughout, his chair as solid as stone beneath him. The people gave him sidelong glances that were easy to interpret; they didn’t hide their disgust. It was clear they now thought the three incidents were childish, that no normal mature man would’ve behaved in such a way. They wondered who he thought he was, this moron, trying to turn their business and livelihood into a circus.

Rumors floated around during the lunch break. Someone presumed that during those first three months the moron had been paying a hotel custodian to ensure he got the weakest chair in the place. Someone else said that someone had heard that a person had seen him sneaking into the conference room before each meeting, ostensibly to loosen the screws on his chair. Another source noted that a closer examination of the chair legs might reveal scoring marks that could only have come from some fine-toothed implement, most likely a coping saw.

When the meeting closed and the conference room began emptying, they—all twenty-seven of them—turned to see the Sales Director finally speaking to the moron. The Director spoke and the moron looked down at his feet and nodded.  The team together again smiled in unity, knowing they were right: that he had never fit in, and that he never would.

Paul Weidknecht lives in New Jersey. His work has appeared or is forthcoming in Rosebud, Fractured West, Clackamas Literary Review, The Los Angeles Review, Yale Anglers’ Journal, Pisgah Review, Outdoor Life, and online at Potomac Review and Shenandoah, among others. He has been awarded a scholarship to The Norman Mailer Writers Colony and is a member of Bethlehem Writers Group, LLC. To read more, please visit: www.paulweidknecht.com