Must Be, No Reason 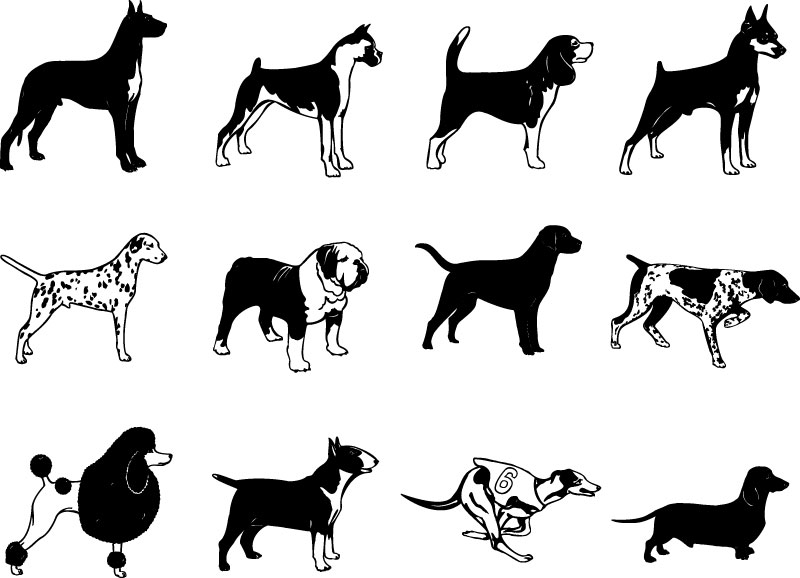 They keep throwing parades for me. They keep telling me I’m good, a real hero. I keep telling them I do what I do for no reason, except maybe that I like it. They don’t take my words too seriously. They cheer for me and maybe nod, but they don’t listen to what I’m saying. Not a hero. No hero.

It’s been maybe three decades since the city had the kind of stray dog problem it has now. Cute and adorable animals, domesticated, turned feral and mean by the hard realities of life on the street. A simple metaphor anyone could understand, sure.

I don’t understand it, though.

“I wasn’t moved by compassion to save your life so much as a desire to kill those dogs,” I said again, this time to a lady.

They were near the edge of the woods, the dogs and the woman they attacked. She wouldn’t stop fawning over me.

“If these dogs had escaped into the woods, I’d have lost my chance. That’s probably why I seemed to react so urgently and heroically to you. It was urgent. I wanted to kill dogs. Those stray dogs that plague our city, though that suggests more purpose to my actions than intended. I couldn’t really care less that they plague our city. They can plague whatever they want. I’ll kill them regardless.”

I find myself over by the edge of the woods often, until I am told to leave. Kindly and politely, usually by a forest ranger. I’m a hero to many even though I’ve never pretended to be a hero. And in fact I’ve had the very opposite intention.

At my job at the dog food factory I’m employee-of-the-month for the thirtieth month in a row. After making this announcement to everyone, Mrs. Jarmusch, the forelady, said some nice things about me and my work ethic, and then we got back to work. I check for quality. If there are too many bugs in the dog food then you terminate the product. I stack about thirty cans next to me by the end of the day, on average.

I usually go to Bob’s Ammo after work. Bob has asked me more times than I can count why I wear a hairnet on the job. I alway tell him, “Who wants hair in their food?” “Yeah, but dogs?” he usually says. “Nobody deserves hair in their food, mangy mutts or no mangy mutts.” He usually gives me this look, and I usually respond, “It’s protocol.” He then almost always asks why I’m still wearing the hair net, which is disposable, and I always respond, “What’s all the interrogation for?” He laughs and goes to get me my boxes of ammo. It’s always the same with Bob, and I like that.

Driving home, there was the Brewster boy on the corner, being chased down by a wild pack of dogs. I strained to ignore what I was seeing. I didn’t want to be praised again, but I did want to shoot the dogs. It’s a common problem. Wanting something and not another thing. But that other thing being necessary to get to the something wanted.

In the end I couldn’t help myself, pulled a U-turn like a stunt driver, stepped out of the car and dispatched the offending dogs with six or seven rounds. Got back in my car and drove away, with the Brewster boy trying in vain to catch up to me while crying out, “Hooray, hooray!”

There was another parade. People sang, juggled, and danced joyfully around me. There was a big old poster of the Brewster boy, looking happy to be alive and just finished eating something chocolatey.

“The dogs are beginning to head off to greener pastures,” the mayor told me. “They’re moving further and further from our town and the citizenry, all thanks to you.”

I didn’t go home after the parade. I went straight over to the edge of the woods. But there were no dogs. There were no dogs anywhere. Had I completely annihilated the one thing in the world that gave me pleasure?

Very soon, I moved my things to the edge of the forest, every last worldly possession I owned. An old couch, some other things. I set up a fire pit. I made myself at home. The forest ranger was called out to get me to leave. His name is Gus, a rotund man, late thirties. To his credit, he cared about the woods. I admired him for caring about the maintenance of something.

“You gotta go. I know I don’t need to tell you that. I know you know. But all the same. Pack it up,” he said, a little bit nervously.

“There’s no place left for me, now that all the dogs are gone,” I said. “Great big packs of feral strays used to race around all over these lands, biting people. They’re virtually extinct, now.”

“What about those dogs over there?” Gus said. He pointed at some stray dogs chasing a hermit around on the hills a couple dozen yards away. I drew my pistol and went running. Gus called after me, “I’m going to start throwing away all your stuff here.”

Matt Rowan is a guy who lives in Chicago. He co-edits Untoward Magazine and the soon-to-be humor blog, Horrible Satan. He enjoys things and life. He is also the author of a story collection, Why God Why (Love Symbol Press, July 2013). You can find more of his stuff in Gigantic, Pear Noir!, Artifice Magazine and Cloud Rodeo, among other wonderful publications.