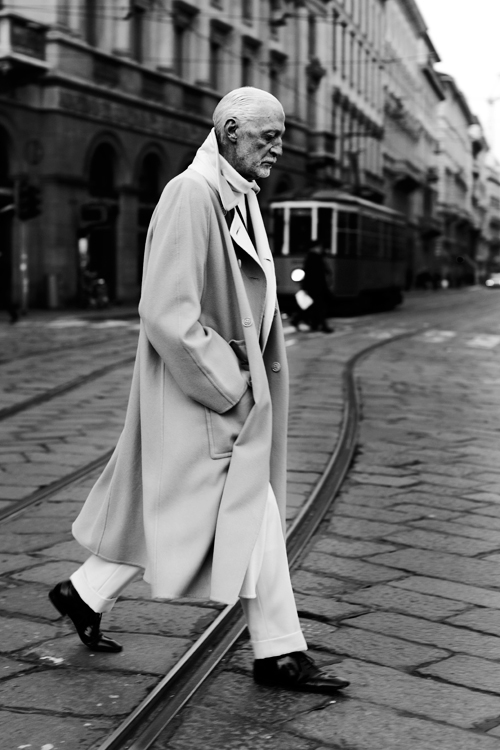 I want a boyfriend of about sixty-eight to seventy-five, with a thinning, but still fullish head of salt-and-pepper hair, plenty for a man his age. He will wear a trilby hat all the time, but his post-war austerity sense of style will charm me. His tweed suit and woolen scarf and his cane with the duck’s head handle—which he will sometimes use to pat my bottom—will all give me warm shivers. His coarsely shaking voice, whispering embarrassingly crass old guy things in my ear, will make the blood rush to my young lady parts.

My old guy boyfriend’s skin will be wrinkly and loose, so on some nights at bedtime I’ll moisturize it for him with my anti-aging creams. He’ll sit there murmuring contentedly and making lewd jokes about having me massage elsewhere on his body, but I’ll simply roll my eyes flirtatiously and chastise him. My old guy boyfriend will love me unconditionally because I’m the last wild risk he’ll ever chance. He’ll look at me so hard, as if trying to burn my outline into his retina so he can see me when he closes his eyes.

My old guy boyfriend will buy me an apartment in the ‘artistic and chic’ part of town. As he helps me move in, we’ll listen to the classic oldies radio station while he gallantly struggles with my overflowing boxes. When he hears a special song from his youth, he’ll drop everything to take me in his arms and twirl me. We’ll sway and point our toes, like a proper dancing couple from the old days.

I’ll shout, “Wait! I’ve got the perfect thing,” and giggle away to the next room, slipping out of my modern jeans into the first flouncy skirt and heels I can find. When I return my old guy boyfriend will smile with faded eyes and tell me I’m beautiful. Then he’ll pull me close and do that move where he swings me back, leans over and kisses me, while we both secretly worry that he might put his back out.

When my old guy boyfriend lurches onto my doorstep for our nightly visit, the tap of his cane and the shuffle of his brogues will send me running down the stairs to meet him. I’ll throw my arms around his wrinkly neck like a giddy, mad girl, nearly toppling the poor old thing over. I’ll say I missed him a lot and he’ll ask me all about my day and he’ll listen with intention to remember every detail. Although he won’t, because, well, he’s old.

My old guy boyfriend will celebrate everything I do like I’m his only gifted granddaughter, even though he has seven of them. For his birthday, I will make my old guy boyfriend a chocolate mousse that will probably settle into a horribly bland mess of whipped eggshells and cocoa powder. But my lovely old guy boyfriend will savor it like it’s more than glorious chocolate heaven. And he’ll do it in such an understated manner that I won’t feel patronized. I’ll only feel completely loved when he pulls my stupid, frilly apron-wrapped self onto his lap to dry the tears off my splotchy face with a coffee-stained tea towel.

My old guy boyfriend will love me with an intensity no young man could ever muster and, being not so far from it, it’s entirely possible he’ll love me until death.

Ani Smith is a strange, inquisitive thing, though this fact has never bothered many. Witness her fiction and poetry at Dogzplot, Robot Melon or >kill author. She gives you the dirt at http://downinme.com.