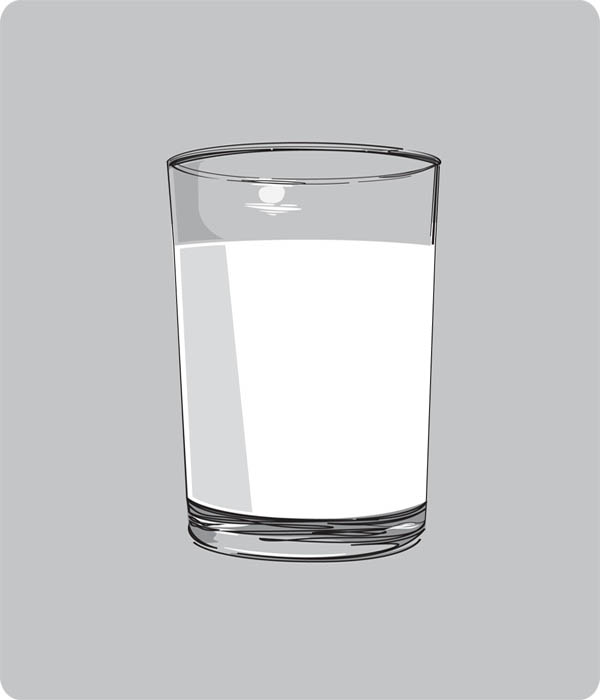 I don’t know why I say this, except that it’s true, or at least I believe it to be true. It is 2008 and he has a malignant brain tumor.

Sol told me this morning he thinks it’s karma for the shit he pulled at Chippaquiddick. I was surprised Sol even knew about Chippaquiddick, surprised he could use “karma” in a sentence. I don’t believe in karma, but I sort of like Ted Kennedy and wish he wouldn’t die. It’s so hard to tell with politicians.

Sol and his wife Rebecca are at work, and I am slouched into their white sofa in their white living room, where no one can hear me say that Ted Kennedy is probably going to die soon. The TV is on, and I suspect if there were secret CCTV cameras in the house, the way I sometimes imagine, that my eventual viewers—from the CIA or Al-Qaeda or whoever—might think I’m watching a news report about Ted Kennedy, but I am not. I am watching The X-Files, which always seems to be on.

Gillian Anderson slams her car door. She is pissed. David Duchovny follows her out, explaining something. I want them to make love, but their haircuts are too old. I don’t think they make love until the sixth season. Or I don’t know, maybe they never make love.

I swing open the fridge door and stare inside for a while. I think: orange juice. Rebecca would have a fit if she saw me drinking from the carton, but she’s a diabetic and won’t drink it anyway, and Sol never minded until he got a wife. After the juice I stare some more and pick out a new jar of pickles. It opens with a satisfying thwock. The pickles are sliced longways and I deliberate far too long before plunging my pincered fingers in. The pickle slips out all bent and decrepit, like a little graffiti “J” with a stubby, spinal tail of a stem. It must’ve snuck past the quality-control ladies, all of them lined up in their hairnets—old women no doubt, cracking shriveled pickle jokes about their first husbands.

I say this as I sit back down with my J pickle, and I wonder if I say it because I’m gay, but I think it’s just because I’m jealous. I eat my pickle and am briefly glad it’s a sliced and not whole pickle, because whoever ends up watching those tapes might jump to conclusions if I called David Duchovny attractive and then went and deep-throated a big long dong of a pickle.

I go upstairs to the guest room where I’ve been sleeping. I check my email, check my Facebook, re-check the email and then check the Facebook again. I post on my mother’s wall a funny report from her local paper’s police blotter: someone stole an old lady’s toaster oven as it was cooking a frozen pizza. I imagine the incredulous police dispatcher. I imagine the 911 call and chuckle a little, annoyed with the elderly woman in her sad little single-room apartment.

I should say this now: the reason I am at Sol’s is because my girlfriend and I broke up. And because I had moved into her apartment just a month before and given all of my furniture, most of my clothes, and many of my electrical appliances to the Salvation Army, there was little else to do but make that sheepish phone call and ask him for a place to crash. The last time Sol and I had spoken was over a casket at our Uncle Lyndon’s wake. We stood over the smirking dead man without looking at each other.

“He used to hit us with his King James Bible,” I said.

“That was once. And he never hit you.”

“He was too old by the time I was smart. He did throw a glass of milk in my face the once.”

I guess you don’t realize how dysfunctional you can become until you actually get to work on it. I haven’t changed my shirt in three days, haven’t showered all week. I check my email again and decide to change shirts, but not to shower. Showering requires all sorts of commitments I’m not willing to make right now.

“This isn’t because of Maggie,” I say aloud, in the mirror, and the lights overhead sputter a little. “At some point,” I say, “you’ll be as happy as you are sad right now. The law of probability ensures it, if not God or whatever.”

But I don’t really think that’s how it works—like life is some kind of sine wave, with peaks and valleys of happy and sadness. I think if you were to visualize emotion it’d be more like a color palette, like MS Paint, maybe. And right now I’m some dark green-ish babyshit color, because there’s no way to be entirely black—no one’s ever been that unhappy. You’d off yourself once you got anywhere near navy blue. And no one’s ever been completely white, either. Unless that’s an orgasm, which I think might be true, until I remember how disappointing orgasms usually are.

“Sadness,” I say, “is as impermanent as happiness,” but I don’t think I believe that either. There is sadness, I think, and then there is leaving sadness, tucking sadness into a closet like a winter coat while you make vague wedding plans, take trips to folksy wineries in the country. Maybe all there is just sadness or killing time.

“Who the fuck would steal some old lady’s pizza?”

The alarm system beeps and I hear keys clanging downstairs. Sol is home and calling up at me. He says Rebecca has a thing, his day was hell, something about my undone dishes, something else. I’m not listening. I’ve plugged “happiness scale” into Google and am browsing around Cafepress for products marked Lao Tzu.

Sol plods up the stairs, repeating everything he’s just said word for word. “And dude,” he says at the door, “those pickles were for a barbecue.”

“There’s a lasagna bandit on the loose in mom’s neighborhood.”

He sits down on the bed, picks up our family picture on the nightstand, and looks at it sadly. “I’m really gonna miss her,” he says.

“She will someday. And then I’m gonna miss her.”

“Did you know there are 5,190 results for Tao Te Ching products on Cafepress?”

“People upload things onto T-shirts and you buy them. Can you imagine someone actually buying a shirt with ‘We shape clay into a pot, but it is the emptiness inside that holds whatever we want’?”

“Speaking of shirts, Rebecca says I need to get a new one for this barbecue on Sunday. Do you want to, like, come with…?”

He’s considering adding “me” to the end, which is agonizing for the both of us. This is my brother.

Sol lives in this upper-middle class suburb of the city we grew up in. About a half a mile from his townhouse is a colossal shopping plaza, one of those commercial utopias with its own stop signs and four-lane access roads. Sol insists that we walk, because gas is back up and a little exercise will do me good. He says I’ve been depressed and I say, “No I haven’t.”

The area is built for cars—no sidewalks—and we have to walk on the broad slope of grass beside the road. It feels good, I think, feels like being a kid again. I wonder if Sol feels like that.

“I just said it feels good.” I change the subject. “So where is Rebecca?”

“Her parents’.” he says. “She’s over there all the time lately. Not that I mind, I guess.”

Not that I mind, either. It’s not that I don’t like Rebecca, it’s just that neither of us really seem that interested in getting to know the other. She’s short with me and she’s a little too quick to join in when Sol and I gripe about our folks, but I know I’m putting them out. Sol had to assure me when I first moved in that it wasn’t my fault she was always at her folks’ house, that she goes there all the time.

“She even sleeps there sometimes,” he said.

It smells clean in the TJ Maxx, like packaging and cologne samples.

“Take your time,” I say, as pleasantly as possible. I pick up a Jim Beam barbecue set and turn it over in my hands.

“They have food here too,” Sol says. “Like fancy jarred things in the back. You should look, maybe they have pickles.” He heads into the menswear section while I play with plastic-swathed iPod accessories up front.

I examine a footbath, a wine cozy, a picture of a pear. I’m looking at a dark leather “gift box” with a pen and a keychain when Sol taps my shoulder and asks me to choose between the shirt he is wearing and the one in his hand. They are both blue-checkered shirts with short sleeves. Their patterns are nearly identical. He asks if I’ll come with him while he tries on the other and tell him what I think.

Both shirts fit him weirdly—the first in the arms, the second in the waist. The first shirt is from St. John’s Bay. The other is from FUBU. I tell him to get the FUBU.

“It’ll be a conversation piece,” I say.

But his attention has turned to a rack of toddler shoes just outside the dressing rooms. “Look,” Sol says, “they make Chuck Taylors for babies now. They got little black ones and pink ones.”

“They’ve been making them for years. Remember when Gary’s kid was small? For his first birthday, they got him a pair of Jordans.”

Sol doesn’t laugh. He’s moved on to a pair of miniature Timberlands, little stylish hiking boots that could fit in your palm. He seems frustrated with them, working them in his hands, testing the inflexibility of the sole. “How do they expect a kid to walk in these fucking things?” he says.

“I don’t think they’re supposed to.”

He looks at me with a tired sneer. “Whatever,” he says, dropping them back.

READ THE REST
IN THE NEW
BULL NO. 1

Joshua Kleinberg lives in Columbus with his two cats, D.J. and Iseult. A full list of his publications can be found at http://joshuakleinberg.com