The Dark Is What 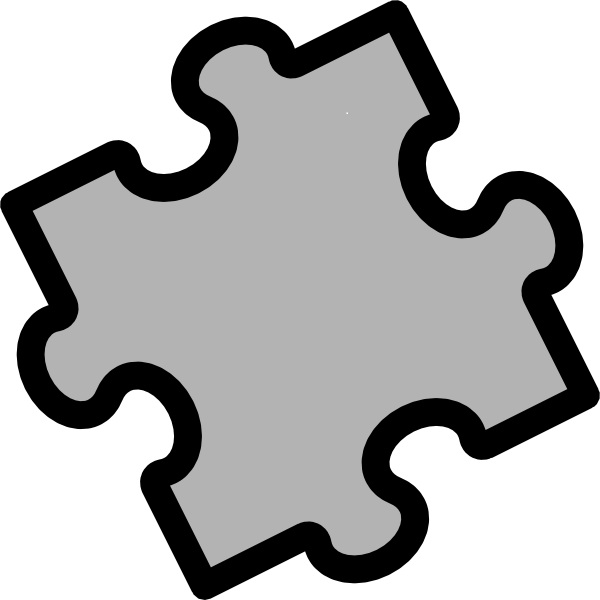 We’d lately been buying old puzzles from the flea market. Any picture was fine as long as the seller guaranteed no missing pieces, which they always did. Of course, most of the puzzles were incomplete. The boxes were full of mismatches and deficit. People will say anything to make a buck. I knew this disappointed my son, but I never hid it from him. We’d just finished working on a pair of whales floating in a square of ocean.  Jigsaw-shapes of our brown carpet showed through the blue. “People can be greedy and dishonest,” I told him. “You should get used to that about us.”

We lifted the puzzle with spatulas like we always did and sandwiched it between sheets of clear shelf paper. Hanging the puzzles on the wall was my son’s idea. He wanted to bring the outside in. I said, “Should the whales live here? Or there?” A thousand pieces waved in my hands.

He said, “Whales live in the water.” He was nine. We’d arranged the puzzles by theme throughout the house. Vehicles we hung near the door to the garage. Water was above the television set. Forest, which we defined as any picture with the color green in it, was a long, thin row below the window on the far wall.
I squeezed myself behind the television among the dust and black cables. I hung the puzzle in an empty spot using double-sided tape and four nails I hammered into the wall with the spine of a book. “How does that seem?” I asked.

“Natural,” my son said, and he was right.

There was a sun like a thousand horses stampeding in dust. We walked down rows of electronic devices—VCRs, cassette decks, digital alarm clocks with built-in radios. Noisemakers from the ancient history of ten years ago. I bought a clock that told time an hour slow. “We’ll take this one,” I said, “because it makes the days longer.” The seller was a tall man with a wild beard and a missing hand. He pinched my money with his prosthesis and made change. “Why on earth would you want to stretch this out any longer?” he asked, and swept his good hand in front of him, covering everything we could see and everything we could not.

I was tempted to scold him for talking like this in front of my son, tell him not everyone shared such a gloomy worldview. Instead I asked about his hand. “The war,” he said. He lifted his arm, showed us every side of the dull plastic and glistening metal. He winked at my son.

Two women beside us had since started to fight over an old popcorn maker. It was a heavy-looking appliance with a cracked hood and a melted side. One of the women pulled on the cord. Her turquoise earrings swung in circles. The other woman held on tight to the base. Together they pulled the popcorn maker into pieces. We all looked to the seller. With his good hand, this King Solomon stroked his beard.

“Now you both owe me five bucks,” he said.

A low-hanging canopy of green, blue and shiny black tarps shook and snapped in the wind. My son stopped in front of a table with a number of plastic VHS cases lined up in neat rows. There was a television on the table. Two men sat on folding chairs. One of them smoked. A pornographic film was playing. The man who was not smoking turned slightly toward the television and leaned into it like he was protecting it from us. A giant chandelier of a scrotum filled the screen. My son said, “What is that?”

“It represents one of many different types of love,” I said. “Don’t worry about the details for now.” He took my hand. A woman’s face appeared on the screen. She was a rare animal who understood its inevitable extinction.

I bought playing cards, a nozzle for my garden hose, and a book on the construction of the Hoover Dam.

I bought a staple gun. We were primitive man. We were inventing the tools of our own evolution. Gospel music was playing a few rows over and we made our way toward it, slowly.

We came upon a table of Jesuses. There were hundreds of them. Jesus on the cross. Jesus the shepherd of lambs. Jesus kneeling before a lumpy basket of fish. It was a whole city of Jesus. Each one of them was a different color. Some were upright. Some lay on their backs in neatly arranged rows, crucifixes head-to-toe. An old woman sat at the table. She held her shaking hand straight out at my son. “Do you know the story of Jesus Christ our Lord and Savior?”

“Hello,” I answered for him. Behind her was a large sign strung over her booth with brown twine. It was crooked and printed with large black letters. TURN TO THE LIGHT! it said, and just below that: THE DARK IS UP ON US! I thought the error was funny but my son seemed confused.

“The dark is what?” he asked the woman.

“I don’t understand,” said my son.

“The devil is everywhere,” she said. I thought of the tables we had seen so far, and what I knew about the world, and figured she was probably right about that.

I bought a purple Jesus on a cross. My son held it by the arm as we walked until he got tired of its uncomfortable shape and put it in the bag with our staple gun and the sweatshirt he’d worn that morning when it was still cool out.

We passed old telephones, dolls, collectible sports cards and car parts. Milk cartons overflowing with bicycle chains, gardening gloves wrapped in plastic, athletic socks and knock-off Zippo lighters. “One day I want to buy one of everything,” my son said. “Just to do it.”

This seemed to me like a good plan, but I don’t believe in giving too much encouragement too early. It can spoil a person. So I said, “There’s a world to see. Try that first.”

I found a record player. The seller introduced himself as Gus, but his hat said Bill. “This works,” I said to my son and pointed to the device, “by a process involving a tiny needle in this part here, bouncing and sliding off grooves in the record, which you can see here. Think of a finger in a canyon making echoes on rocks. Isn’t that right?” I asked Gus.

“Well,” I said, “hang on. I don’t know if I like your reasoning, Gus. What’s more important: the right answer or how you got there?”

Gus raised his hat and scratched the top of his head with his thumb. “That record player is ten bucks.”

“No thanks,” I said. “Thanks all the same. I just wanted to teach my son a lesson.”

We visited the table where in the past we’d had the greatest luck with puzzles, but it had been replaced by something else. A new seller had moved in with piles of knockoff purses. My son was not pleased, but I reminded him that nothing can last, which is both good and bad because it means you will never feel anything for very long.

Even though our hearts weren’t in it, we took a puzzle off the wall at home, broke it apart and reassembled it. When my son started to yawn, I suggested we sit on the couch and rest a while. We sunk deep into the cushions. Outside the window, the heat left the day and the tree in our yard cast a long shadow. The first few of the neighbors’ cars were coming home. We drifted off into sleep, and I thought of whales and blue seas until our eyes were closed and the dark was enormous, and we slept a sleep so big it swallowed us whole.

Jensen Beach is the author of the book For out of the Heart Proceed (Dark Sky Books). His fiction has recently appeared in American Short Fiction, Fifty-Two Stories, Los Angeles Review, Ninth Letter, Sou'wester, and Witness, among others. He currently teaches at the University of Illinois and the Danville Correctional Center. He lives in Champaign, IL with his family.