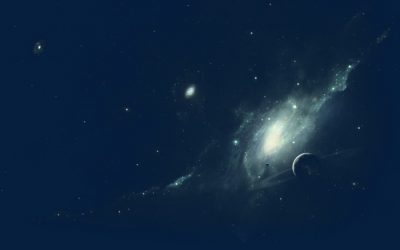 Bill Brooks was a natural nonbeliever. Raised in a non-religious home, he possessed a keen and questioning mind, distrusted authority, prized independence, and carried the sting of childhood exclusion by the Sunday churchgoers who accepted each other but would not accept him. Yet the church bells had stirred him on bright Sunday mornings as he dressed for the playground; and when he passed by the church, the girls were appealing in their cake-white dresses—though the boys in their dark Sunday suits looked pathetic to his boyish vision. He would stand bouncing the basketball across the street from the church as families flowed into the communal home he could never enter, and he’d wonder at all the mysteries inside, and reflect bitterly on the unearned togetherness of the churchgoers, known as “members,” because every other club that he knew of—every clique, every sports team—required members to earn their place—it was never enough to simply show up. But the church accepted the awkward boys never picked for sports, and the plain girls never asked to dance, and the ultra-good kids whom the cool kids despised. This vexed him no end.

As a young man, he yearned. He read books about Buddhism, Hinduism, Daoism, Judaism, but could never accept the supernatural. One night at twenty-two he devised his own ritual, kneeling by his bed to give thanks right out loud to the farmworkers who pulled up his food. But he knew in his heart that no one could hear, and abandoned the practice after two nights.

In his thirties, he worked.

In his forties life bruised him in multiple ways. Lost job, failed marriage, kid trouble, car wreck. He remarried in the epoch of atheist chic, and was invigorated by the exaltation of reason. He shared the good news with his pure-hearted wife, a stalwart churchgoer, and was no less amazed by her rejection of reason than she was by his rejection of faith. They sealed their differences up in a box.

In his fifties he was fine, but the world was a raw, red, pulsating wound. Mass shootings in America, terrorist bombings, the Paris attacks, the Mali hotel killings, the San Bernardino mass shooting. Riots, protests, anger, hatred, bile, sarcasm, insults, fury. Left-wing haters and right-wing haters, distortions, deceptions, lies on all sides, racial division and other divisions, a national community fraying. “Is there balm in Gilead?” he tweeted. “Cram your religious bullshit!” came the answer.

Came Christmas Eve and a cold, cloudless sky. Bill led his wife by the hand to the garden and gazed up at a lone silver star. He shivered, though only partly from cold, and began to sing the Christmas song his nonbelieving heart treasured. “O holy night,” Bill began, his mellow baritone steady at first, then quavering, “the stars are brightly shining.” Bill’s voice caught in his throat, and his wife squeezed his hand with a hand somehow warm. “It is the night of our dear Savior’s birth,” Bill continued, his whole body trembling as he completed the verse. “A thrill of hope,” Bill sang to start the next verse, “the weary world rejoices/For yonder breaks a new and glorious morn—” Bill’s voice shattered into small pieces, tears pooled in his eyes, he struggled mightily to steady his voice. “Fall on your knees!” Bill yelped, and fell to his knees upon the wet grass and gazed up at the sky, a measureless gulf between himself and the star. “O hear the angel voices!” Bill cried, the pooled tears rolling down his face. “O night divine!” Bill sang, his head dropping heavily onto his chest. He inspired profoundly and squeezed his wife’s hand, gazed up at the star with nameless yearning. “O night when Christ was born!” Bill sang, then filled his lungs for the sublime resolution. “O night divine!” Bill cried, “O holy night! O night—” But in the midst of the climax Bill broke down completely, his breath, never destined to reach the star, turning to frost upon leaving his mouth.

Jon Sindell wrote the flash-fiction collection The Roadkill Collection and the long-story collection Family Happiness. He is a humanities tutor who curates the San Francisco-based reading series Rolling Writers and used to practice law, with an emphasis on civil rights. Much of his writing hides in plain sight at jonsindell.com.

← The Inheritance
Fly Away Home →