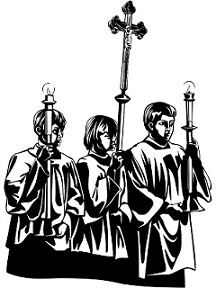 1.         Peter told the teacher he didn’t mean to fall into the shark and ray tank at the aquarium field trip, that he just leaned over too far and lost his balance, but I was watching, and I know. We became friends.

2.         Peter and I were both altar boys. Peter’s mom made him wear shiny black shoes but my mom let me wear my cleanest sneakers.

4.         Peter listened to Creedence Clearwater Revival because his father did. He hated his father.

C.        “You think important things only happen to other people and in other places,” he says.

A story: it’s past midnight on a cold clear night in early winter in Boston and we’re wandering, his mom’s station wagon is parked illegally by the river two miles away, I’ve got six dollars and I’m pretty sure Peter has nothing. He’s bareheaded, talking fast. The windows of the bars we walk past glow with a yellow beery warmth; we’ll never be inside again. Coming towards us on the sidewalk is a crooked, stumbling man in at least three sweatshirts and as we are we are even with him he looks up and in a yellow-mouthed, no-eyed moment something happens and he falls and flails into us, into me, and I’m already pushing him off but I don’t have to because Peter has collected him in his arms. The man smells like rot, even in the cold. His feet are slipping in the smeared flurries, seeking the level, and Peter doesn’t let go, holds him up. I see Peter press his face into the man’s shoulder. When the man is standing on solid ground, Peter lets him go.

Ten years later I was nowhere near the ocean and had not heard Peter’s voice for five years.

Twenty years later I find myself standing in Target appraising a sleek box containing an apparatus for hanging an expensive television on a wall. The thin young man who pointed me to the correct aisle, I see after he turns back to his register, has Peter’s constellations of acne on his cheeks, Peter’s goofily arctic blue eyes but not Peter’s manner, Peter’s wild complete attention. My five year-old, gleeful weirdo, stands at my knee gnawing on the elephant we keep telling her not to gnaw on. There’s rain in my hair still. I have so much and am so bereft.

I don’t believe what they said happened in that Burger King, in that motel room. Whatever was, there must have been a moment when a word, a breath’s work, would have mattered.

Loss is like a gift. Here, you, right now, open your arms to hold this specific empty space.

The only prayers I believe are lists:

O what silver the lines on the roads in the twilight and rain.

O what gentle green mucked water lapping at the edge of the awkward lake like the lake itself is taking little wet breaths.

O what the chill air is coming from the July parking-lot into the mall, your hands and face and fingertips filmed with sweat and dust.

O the infant asleep in the clear plastic box; O the daylight that is this moment lingering in a city a day’s drive to the West.

O let me again peel open the tube of tennis balls and fire them one by perfect one thunking against the side of the second-best pizza place with my friend Peter.

10.       I can be both soft-spoken and firm when I crouch near my writhing child complaining for a box of the cereal that looks like tiny waffles.

2.         When I was thirty-one and about to no longer take care of only myself, I was driving through an unfamiliar city at dusk and slowed to turn into a 7-11 for a bottle of water when a shirtless teenager on a BMX appeared flying out of an alley and before I could come to a stop he clipped my bumper and soared awfully into the street. When I tell the story people assume he was on something, because of the circumstances, but I can’t say because I don’t know. All I know is what I saw and what I did. I got out of the car. I was there kneeling beside him in the street as he gathered himself to half-sitting, moaning, and discovered the wrist he was already cradling in his lap like a baby was broken. “Hell were you?” he said, his eyes squeezed closed against the pain.

“He came out of nowhere,” said a deep voice just across the street, a silhouette in the light of an open door of a car jerked to a halt. “These kids are lunatics.”

I laid a hand on the bare knob of the young man’s shoulder and he did not shake it free or even, to tell the truth, appear to notice. He shivered and breathed.

1.         I no longer refuse to acknowledge that I have intimations that every ordinary moment is a birth and a death and an emergency.

Rob Roensch's story collection, The Wildflowers of Baltimore, was published by Salt. He has stories out recently in American Short Fiction, Green Mountains Review, and Epoch.