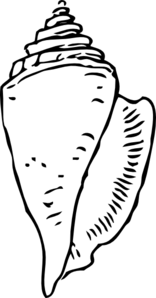 “You can’t teach this,” Adio says to the girls that Billy kinda-sorta knew. He does a little soft shoe dance, the girls giggle.  His cock-sure smile fades when he catches sight of Gwen across the bar. She’s been circling him all night. Adio’s doing his best not to make eye contact.  He hit it a few weeks back and then never called.  Gwen starts walking towards him, but she’s stopped by big-thick-necked Joey, her ex-boyfriend of just a few days.  She tries to brush by him, but Joey’s not having it.

“We need to talk,” Joey says, lazy eyed and drunk. He grabs her by the arm and pulls her through the crowd. She doesn’t put up a fight. Gwen looks back to Adio. All she wants is to ask him about the promises he made and why he didn’t deliver. She watches him dance for the girls. He’d danced just like that for her the night they met.

“Where’d you learn to dance like that?”  the blonde with the tank top and jean skirt asks Adio.

“It comes naturally,” he says looking at his shuffling feet. “You can’t teach this.”

All the rookie cops, right out of training, wait outside for the crowds at closing time. They’ve spent their summer walking these little strips of sand dusted road that connect one seaside bar to another. Some towns are worse than others, but what’s worse is a personal preference. Adio and Billy spend most nights here, in places that smell like Drakkar and date rape. Places that have things called shot wheels, where all the bands play punk versions of popular, but dated songs. On Pinball Way all the arcades turn into discos after dark, and sound judgment is a scarce commodity.  The crowds swell, converge, and dissipate – like amoeba life in a Petri dish.  The police have already started rounding up the rambunctious types. Reports of drunk and disorderly conduct pour from their radios. People drink too much here. There are problems between total strangers, reasons be damned.

“I wish we got picked for Seaside Heights patrol,” Findell tells his partner Coke. Findell, tall and lean, secures a young man’s hands behind his back with a plastic zip cuff. He is confident and firm, but not punishing.

“More action down there,” Findell says. “They got that amusement park with all the rides and there’s that place that sells the deep fried Oreos.”

“Jones says he gets laid down there every weekend,” Coke replies.

“He’s full of shit,” Findell says. “Least I hope he is, for his sake. The only tail down there is underage B.E.N.NY tail.”

“And he’s got a cruiser. These bikes don’t really turn heads.”

“It is what it is,” Findell shrugs and activates the radio fastened on his shirt. “Station, this is Findell, we need a pick up outside of Leggett’s bar.”

“Copy that patrol.” The radio buzzes.

“You’re spending tonight with us,” Findell says and gives the young man a slap on the shoulder.

“I’ll sue you,” the young man warns. “Do you have any idea who my father is?”

“No, sir, I don’t believe I have had the pleasure,” Findell says. He could put this guy down, if he wanted to, he knows how to do it. They trained him well. But, he has also been trained to be polite and courteous. He is here to serve and protect.

“What’s the story with this fellow?” Grey and stately Officer Carroll pulls up in a cruiser.

“The gentleman in custody’s name is Joseph Figglia. He urinated in the 7-Eleven and knocked over a display case, caused a little damage. He then proceeded to force his way behind the counter and started eating hot dogs off the roller,” Coke reports.

“It’s happened before. Write a ticket, and send him home.”

“Mr. Niner, the gentleman working the register, is pressing charges. Mr. Figglia pushed him over on his way to the hot dog rollers. We’ve got him on assault.”

“How’d you catch him, he looks like every nondescript out here?” Officer Carroll asks. Coke turns the young man around.  His tight muscle shirt has a giant silver 69 stenciled on the back. Coke and Findell smirk at one another. They really want to celebrate and bump fists, but they were specifically told that kind of interaction was forbidden, that it came off like gloating.

It takes Officer Carroll a good ten minutes to get through the crowd drifting across the street. The mass of club goers aren’t concerned with traffic or much else. He thinks of every zombie movie he’s ever seen. Finally, he flips the switch and the lights swirl on, the crowd parts instantly. Moses, thinks Officer Carroll. He looks in the back mirror and sees his prisoner slumped over with his eyes closed. Joey’s shaking his head, probably replaying the night, wishing he’d done things differently.

Back at the house, people are coming in from who knows where. Someone’s already ordered delivery and passed out. The make-out games are under way, smooth voices and bubbly giggles whisper through the walls. One of the guys has become notorious for busting into rooms and taking pictures of couples with his phone. Adio and Billy are out on the porch trying to act civil, which isn’t too hard amongst those that surround them.

No one is sure who actually lives in the house and who has just landed there. Some of them paid for a share in the summer house, others have just wandered in. Gwen is here. She’s sitting at the kitchen table, not totally sure why she decided to wait for Adio. She tried to stay away this weekend, but couldn’t sleep and had to stop by the house. Her timing couldn’t have been worse. She arrived just as Adio was coming back from the beach with the girl he was talking with at the bar.  They were laughing and holding hands, sand in their hair, and on their clothes. Gwen cried after they walked by.

Gwen had promised herself no one night stands this summer and doesn’t want Adio to be an exception. Plus, he seems to have everything she’s looking for; he works in Manhattan, drives a great car, and dresses well. Gwen really needs to make him her boyfriend. It doesn’t matter if they only date for a week or two. Even a few dates would make her feel better. They have to be real dates too, him and her out to dinner; not just fucking after the bars close. Gwen knew she couldn’t count on him ever calling. She would have to sit and wait.  Maybe this was crazy. Maybe she should just go back to Joey. But going back might just be settling. The darkness lifts and soon she is watching the sun move across the kitchen counter in the rundown beach house.

It is Sunday, and Sunday is the Lord’s Day, many cry out His name on waking. The humidity is thick and with every breath they choke it down. Joey fights back the tears as his father gives him a ration of shit in front of the officers in the bike outfits. Officer Carroll keeps his head down as he exits the precinct; he has traded his uniform for a wet suit, and carries his surfboard under his arm headed for the beach. A jump into the Atlantic Ocean has near magical effects on those bodies that have been dragging. Adio emerges from the water with a little more fight left inside of him. He makes one more stop, at that beach bar down the street. Before it gets too dark, he packs his regrets in bags along with sandy wrinkled clothes. Still buzzed from the afternoon, he leans a little too heavy on the gas and peels out in front of the summer house. He goes back to work, back to honest living. The week is like a trip to the dry cleaners for the soul.  He’ll be back, next weekend; confident and ready to make it happen, once again.

Tim Waldron is the online fiction editor of The Literary Review. His collection of short stories World Takes is published by Word Riot.

← James, Transcendent, Everyone Else, Stuck in the Mud
Saying Goodbye to Seamus →