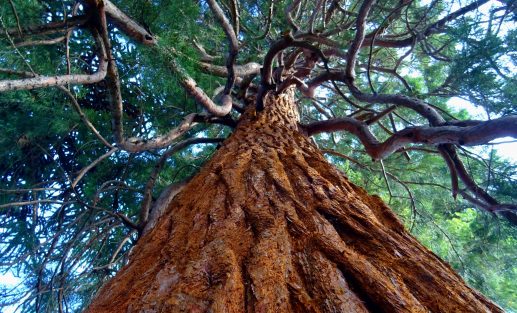 I used to tell this story fairly often, but then I stopped.

In our mid-twenties, one of my best friends was dumped—and I mean hard. He lost a girl, a home, a mutt, all in one day. Total blindside. He’d been playing house for a few years, so he didn’t get out much anymore. But I saw him enough to know he probably had it coming. If not for the reasons she supplied, then for something that slipped under her formidable radar. In his grief, he conveniently lost sight of who he was. No angel.

When he found himself in freefall, friends were the branches of a tree that broke his final, brutal descent. One after another, he crashed through us all. I was mid-trunk.

After a night on the phone, I learned two things. First, he was a total mess. Second, it’s extremely difficult to clip your toenails while cradling a cordless handset between your shoulder and neck. Speakerphone seemed too impersonal.

We met for a beer the next evening. He was crying before I said, “Hello.” Now that I could see his pain, I was worried. Even I could understand that his condition called for maximum sensitivity.

“So, are you gonna blow your brains out or what?”

He managed a smile. “Thought about it.”

What else could I say? Okay, I suppose there was a lot I could say.

“You’re not gonna kill yourself over a chick.”

“Can you think of a better reason?”

He had me there, I guess.

“Seriously. Don’t be that guy. You’ll get over her.”

We drank. He bared his soul. If I didn’t convince him to wholeheartedly embrace life, his newfound freedom, at least I talked him off the ledge. But there was no talking him out of one dangerous line of thought.

“We had coffee this morning,” he confessed, a little sheepishly. “I begged her to see me.”

“And I asked her, ‘Is there any chance we’ll get back together?’”

“She says ‘You want the truth? Here’s the truth: there’s a 99.9 percent chance we’re never getting back together.’”

It was harsh, even for her. I was tempted to say so, but then he looked me right in the eye and I’m pretty sure what he said—or maybe asked—was, “I think she’s just throwing me a bone.”

“I don’t know what to say,” I told him, and 30 years later, I’m reading about a guy in North Dakota who won two separate million-dollar lotteries in six months. What are the odds? I’m wondering if this news would have made my friend’s heart perform a little back-flip, like my own just did. I wonder, too, what my old friend would make of some old dog living for years on a bone of hope half the size of his.

Like I said, I used to tell this story a lot. Now I don’t.

THE NIGHT IS YOUNG

They will never, ever agree on how it started.

Very Drunk Donnie exits Polestars like a shot followed by two chasers: Richie and Jamie. They’re all happy and laughing, who knows why. The orange VW is already idling noisily at the curb, Jason behind the wheel.

Cue the two strangers walking past the club.

So maybe Donnie bumps the one guy. Or mutters something under his breath. Or they just don’t like the look of each other. Maybe Donnie, no joke, really is a fight magnet. Whatever happened, Donnie and the guy with the short sleeves and huge pipes—it’s a chilly 1 a.m., you can see goose-bumps—are suddenly ready to rumble. Chests pumped, hackles up.

Richie and Jamie are where they’ll always be: prepared to back Donnie up as fearlessly as they take the piss out of him. Jason has that familiar oh shit look on his face; if things turn especially nasty, he’ll jump out of the van. Donnie’s not really a fighter and he knows it; as usual, the alcohol begs to differ.

So, two powder kegs are rubbing each other the wrong way. It’s all happened in a flash, and any second now, wait for it, the predictable spark—a quick fist, a kick to the nuts—will blow the whole thing up.

Except when it comes, it’s not a fist. It’s not a knee to the groin. It looks, for a moment, like it’s going to be a head-butt. It isn’t a head-butt.

In the instant it takes Donnie to process this peck on his lips—an unorthodox assault—something gives. Richie and Jamie signed up for action-adventure. This is comedy.

When Donnie finally lurches forward, swinging wildly at an opponent who’s already danced away, just beyond range, Richie and Jamie, swallowing laughter, grab their boy by his furious flailing arms and wrestle him into the van. Without a word, they choose toxic 7-11 nachos over a visit to the ER. Or another night in the drunk tank.

As the door slides closed and Jason peels the van into a U-turn, Mr. Pipes offers Donnie a smile and parting wave.

“What. The. Fuck!” Donnie wails, lunging for the door.

Richie holds him back. “”You must have said something,” he ventures.

“That guy was ripped,” Jamie says.

“I could have taken him,” Donnie says.

They do their best to talk him down, but Donnie rages until they’ve passed McDonalds. He seethes from there until the mall with Home Depot. Somewhere beyond the Jiffy Lube, he finally settles down. And by the time they pull into the 7-11 near campus, he’s actually happy.

“I’m starving,” Donnie says as they spill into the parking lot.

Then he notices that Richie’s giving him a look.

Suddenly, the night is young again.

← Force Equals Mass Times Acceleration
Everything Will Be Fine →