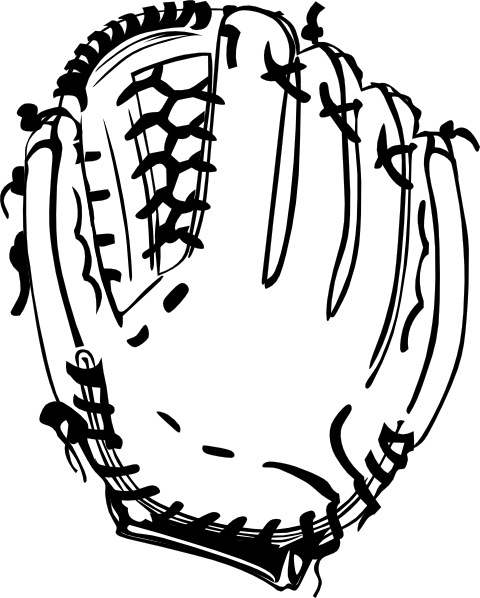 Speculation from ESPN, superimposed over leaked footage from a private batting practice four months back. The Number One Draft Pick watches from his couch, feet propped on the coffee table, the smaller version of himself in a perfect stance on TV—weight back, hands loose around the bat handle, spraying line drives all over the field. A little mechanical, he thinks, a little like a machine, but good. He has to admit, there aren’t many left-handed batting catchers—in the bigs or otherwise—with bat speed like his.

Fox Sports re-airs the clip from the draft, when he tried on the jersey and donned the cap. He is smiling in the video, a smile he practiced at home with the same intensity he used for forearm exercises, but the Number One Draft Pick can tell his heart isn’t in it. The commissioner calls his name, the camera zooms in on his face, but one side of his mouth doesn’t rise the way it should. Something cloudy settles behind his eyes.

He has until midnight to make his decision—sign with the club for $12M over three seasons, or go back to college for his senior year. Earn a paycheck on a team of strangers, or a degree alongside the guys he’s known since he was eighteen. Begin a professional career, or risk injury another year as an amateur.

But even if he can go another college season keeping his rotator cuffs and cruciate ligaments intact, even if he can put up the same numbers that made him Baseball America’s Player of the Year, more than one owner would probably pass on him for going back to school in the first place. No one forgets a stunt like that. The Number One Draft Pick is pretty certain you can only be the number one draft pick once.

His parents have left voicemails: they’ll support him no matter what he decides.

His girlfriend said to call if he needs anything, anything at all.

His agent wants to know what the fucking hold-up is. No position player in the history of the draft has signed for this kind of money. It is, he says, a win-or-get-fucked situation.

ESPN has a sound bite from last year’s number one draft pick, the phenom who pitched just twelve games in the minors before his debut in The Show. The former number one draft pick says the Number One Draft Pick will sign if he wants to sign, if he believes in the team and the steps they are taking to turn things around.

The team is on its third city in fifteen years, this one in the northern Midwest, where spring seems little more than a moment and summers are spent in anticipation of football. No fanfare, a borrowed stadium, but the owners keep trying. They’ve been promoting the hell out of that golden-armed boy-child drafted last year, the one with the slider so sharp it makes your eyes go crossed.

Fox Sports brings on a pundit, who speculates about what signing The Number One Draft Pick might mean for the organization.

He speculates about what it might mean if they fail to sign him and waste their selection.

He speculates about what, exactly, is going through the Number One Draft Pick’s head.

It’s this kind of speculation that annoys the Number One Draft Pick the most. He wishes he could tell this pundit, and all of the people sitting at home like he is, flipping through sports networks and doing their own speculating—it’s not about the money.

It’s not about being afraid to sign to a team with the worst record in the league two years running. Losing baseball games, he thinks, is something that happens, like bad knees or calluses. A fear of losing would keep only an idiot from taking twelve million dollars.

Yet even if he could make this known, it wouldn’t begin to explain what the real problem is. Because the real problem, the thing that has kept the Number One Draft Pick up at night worrying when he should be out celebrating, is a thing he can’t exactly put into words. It’s more of an image. A memory of a very specific moment in time.

The Number One Draft Pick is sixteen, a sophomore, and the varsity coach has just called to let him know he’s traveling with the big boys tomorrow, not the JV. The Number One Draft Pick has waited for this call since late March, when he was assigned to the JV roster even though he was twice as good as the varsity catcher. He has expected it, but still, he’s never felt nerves like this.

The Number One Draft Pick is lying in bed, staring at the ceiling, fairly certain he won’t get to sleep tonight, and what kind of varsity debut will he make tomorrow if he’s nodding off behind the plate?

He gets out of bed and walks down the hall toward his parents’ room. He lifts his hand to knock but the door swings open instead. Here is his father, a balding career chemist with his round belly and shoulders only half as wide as the Number One Draft Pick’s; he’s wearing sagging white boxer shorts and pulling on a robe as he yawns without a sound. He slips into the hallway and pulls the door shut, then heads to the bathroom, telling the Number One Draft Pick to meet him in the kitchen.

It’s not uncommon, a meeting like this. Saturday nights in the spring, when back-to-back games have left his knees aching, the Number One Draft Pick might head to the kitchen for a bag of frozen beans and find his father hunched over a legal pad, scribbling down numbers and symbols and scratching out others just as quickly. Work stuff, he says, as far as the explanation ever goes. Formulas, equations—a language foreign to the Number One Draft Pick, as obscure as the hand-signals he gives his pitcher must be for his father.

He never was a baseball dad, one of those guys who shouted at the umpires or talked at your neck through the chain link of the dugout. His father brought his own folding chair and sat down the first baseline rubbing blades of grass between his fingers, his eyes always on something beyond the field or the game in front of him.

When they meet at night they don’t talk about baseball or school or his father’s job at Eli Lilly. The hour excuses any conversation. His father will usually grease a baking sheet and saw off a dozen discs of frozen cookie dough, and while it bakes they will wait in a tired silence with the TV on the late-late show or a bad movie. The Number One Draft Pick has already taken the tube of dough from the freezer, but when his father arrives downstairs he digs around in the cupboards instead, coming up with a bag of chocolate chips, the double-boiler, a sack of sugar. He snags a carton of eggs from the fridge.

“I know it’s late,” says his father, “and I know you have a big day tomorrow. But I want to show you something.” He holds up two shiny silver bowls and says it’s time to get cracking. “Yolks in this one, whites in here,” he says. “There should be no sunshine at all in this bowl. Make it look like the inside of a cloud.”

The Number One Draft Pick has hardly ever cracked an egg, much less separated one.  There are six of them and the process grows more unnerving with each. He splits the shell and juggles the yolk between halves, certain he has never held anything so delicate in his hands, certain his thick fingers are incapable of it, that it’s just not something they were meant to do. It takes time, but eventually he fills one bowl with gold and the other with murky white. The double-boiler has begun steaming on the stove, making the whole kitchen smell like chocolate, so thick and fragrant that just breathing feels like tasting. Only now does he think to ask what they’re making.

“We’re making a reaction,” his father says, smiling now, as animated as a TV host whisking the whites into a thick froth. “An egg yolk is all fat,” he says, “but these whites are all protein. Right now I’m mixing air into them, and the protein forms a skin around the bubbles, turning it into foam.”

The Number One Draft Pick can’t help but laugh.

“It’s a meringue,” his dad confesses. “That’s what it’s called. We’re making a soufflé. I know it sounds—you know, French—but at heart it’s science. And we have to move fast now, because the air can still leak out. Hand me that bowl.”

His father beats the yolks just as quickly and then combines all three colors into one—the thick gold and sudsy white and the rich brown chocolate—folding it all together until it looks and smells like the inside of a candy bar. The Number One Draft Pick has never seen his father at work, but now, watching the care he takes in greasing the baking dishes and swirling them with sugar so it coats the sides, he can imagine the man his father becomes inside a laboratory, among all the strange glassware and perfect blue flames.

“Let’s fill ‘em up,” his father says, pouring the mixture into each of the dishes, explaining how the bubbles will expand in the oven, and the heat will stiffen the proteins, how the soufflés should explode over the top. “But still,” he says, “there’s no guarantee that will happen. If there was any trace of fat in the meringue, the bubbles will break. That’s why I said—no sunshine. But you did fine. You did the best you could. Just like you’ll do the best you can tomorrow, and whatever happens will happen.”

The Number One Draft Pick lifts one of the white baking dishes, barely heavier than it had been when he held it empty. He imagines both outcomes at once: the soufflés risen, puffy like clouds, and fallen, dense as cake donuts. Why not just eat it now, he wonders. Why even risk ruining them?

And this, this is the unexplainable thing he has been thinking about ever since the commissioner called his name. That night, and how he turned on the oven’s interior light and knelt at its glass window so he could watch for whatever was going to happen to them. How the whole time all he really wanted was to pull them from the oven right then and there. To keep them just the way they were.

Chad Simpson is the winner of the 2012 John Simmons Short Fiction Award. His collection of stories, Tell Everyone I Said Hi, was published by the University of Iowa Press in October 2012. He lives in Monmouth, Illinois, and teaches fiction writing and literature classes at Knox College.