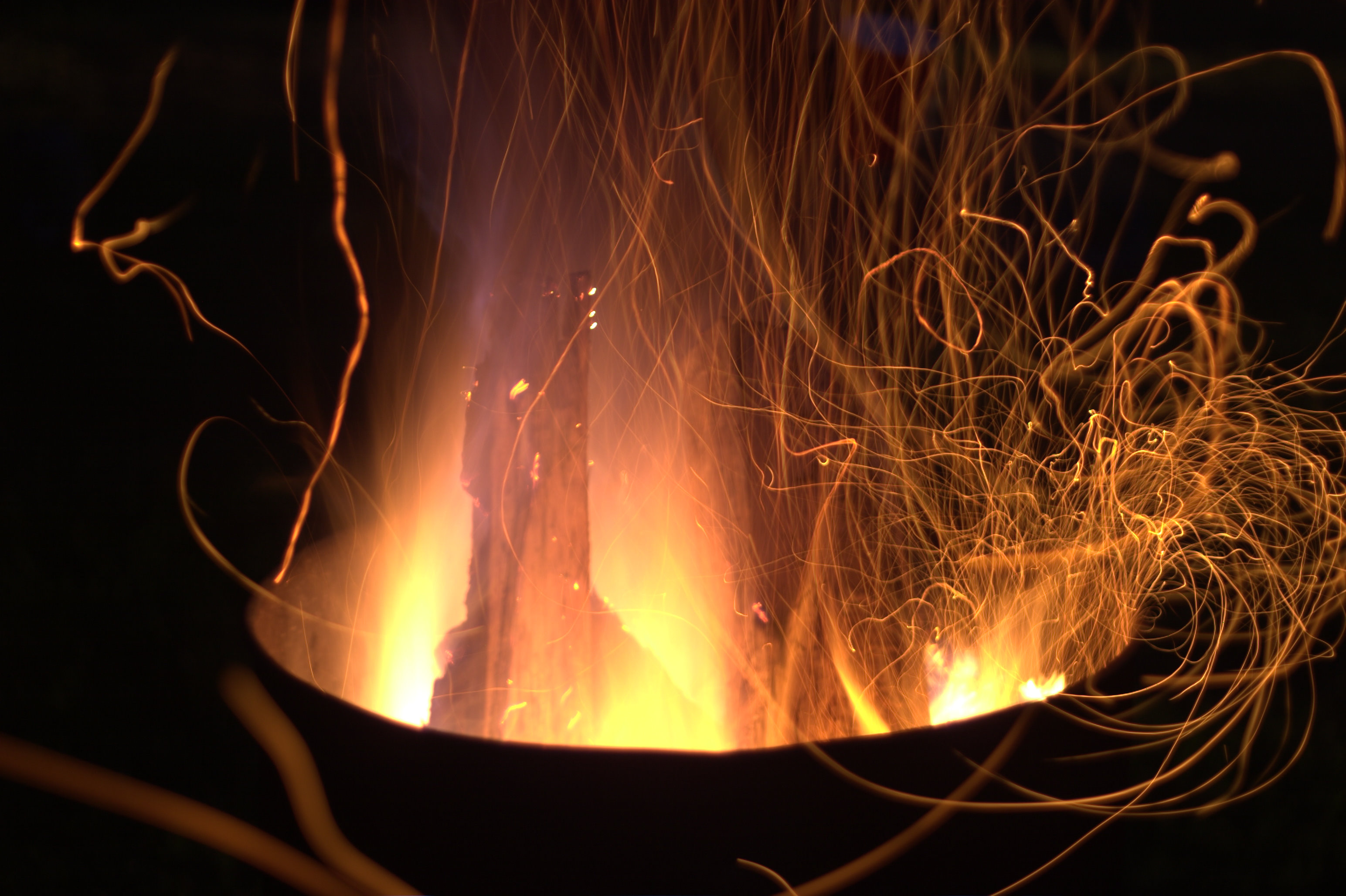 Blood is forever boy, he said. You remember that. Don’t ever forget it.

I know, I know, the boy told him. The boy spit and kicked a mound of thawing slush. It was a cold evening. Purple-gray. Half-blind light failing. It would be dark in minutes.

Where’s your sister at?

Tell her to git out here.

Yeah, tell her to git out here.

Do what I tell you boy.

The boy shook his head and ran clopping in his through the slush and he disappeared inside. Across the road the neighbor’s cows were groaning some eternally unconfigured lament. A dog barking down the way. He watched one of Linda’s cats, a skinny discolored gray thing of more mange than cat, go lurking from a loose board in the defunct barn, slinking away toward the forest that stood dark and high. Two geese were picking through the ruck in the abandoned lot at the south end of the property. He took it all in and thought about how it was his place. He scratched his mustache and drank his beer. He lit a cigarette. He had forgotten ever mentioning his daughter when both of his children suddenly appeared before him.

You wanted me Dad? Said Caitlin. She was wearing a Little Ponies T-shirt with her puffy blue parka pulled over it, unzipped. Tennis shoes that glittered red in the heels when she ran.

He studied her. He sighed. Drew on his cigarette. He wanted to tell the kids a story. His boy was a damn wild child and he needed stories. That’s how the boy learned. Abe knew it because it was how he learned when he was a boy that age and a wild child too.

Sit down kids, sit down. Both a you. I wanna tell you a story. I don’t tell you stories enough do I.

He ignored her. I think I was your age, he said to her. I was your age when your grandpa moved us up here. Did you know that? Your age. He moved us up and we didn’t have a goddamned penny. We had to scrounge for a damn dime.

Your aunt Mary had kids young and so we had to support your cousins too. Your grandma worked herself to the bone. You remember that. Abe shook his head. He had a glassy look about him. The boy watched him and watched the door. Abe didn’t like it.

Watch me, he snapped. He drank the beer. He lit one more smoke and stood up. He would build a fire. The kids would get a fire and story.

Not til tomorrow morning. Abe went into his truck to get some garbage to burn. It was finally dark. A single star blinking greenish on the west, hovering above a thin pale ribbon straddling the terminator line. Soon the hunter would appear in his corner. Then the dippers to the northeast, arranged like a crystal swastika about vibrant Polaris. In the front yard, illuminated for a single flash by the porchlight, a pileated woodpecker burst from the dark and landed in their great white pine. He watched it.

We used to eat those, he told the kids. It was a lie.

All we had back then.

Why didn’t you just shoot deer? The boy wanted to know.

Oh we did. But you can’t feed a family on just deer. Gotta eat shit like woodpeckers too. Abe picked through the brush. Dragged dry jack pine limbs to the fire pit. Tossed in handfuls of scrub oak leaves and pine needles. He took the garbage he had taken from the truck, which was a small pile of old receipts and Burger King wrappers, snapped the lighter and pushed the smoldering junk into the pit where the branches and kindling were waiting.

He explained to them poor life. Soon there were tears in his eyes.

And if I wouldn’t have got there in time, he said, I mean right then, your mother would have died. She’d of been dead.

Were we born yet? Caitlin, his little princess asked, wide-eyed.

Nope. It’s a miracle you’re even here. Abe shook his head. He thought: Oh my Linda. Oh my Linda.

Your mother used to drink, he told his children. We don’t talk about it much but it’s the goddamn truth. She was a drinker. Yes she was. And it almost kilt her. He shook his head. In his eyes twin flames flickered, in his eyes contained the mirage of his children and the land on which they were rooted. In his eyes the farm he had lost. His dwindling island of land, still eroding. Encroaching dark from the lake country around them. Encroaching worlds. The worlds of his children and not his father.

When your grandfather bought this farm he bought sixty acres for eight hundred dollars. Eight hundred. And it was every last dime we had. He treated your grandmother like a queen, boy. Boy she never had to lift a hand. He worked to the bone til it kilt him. Worked a sawmill on the Bowtie River. Goddammit it kilt my daddy.

He shook his head. I am a proud man, he said.

Dad what’s the matter, said the kids. Abe had a bad liver when he drank and the kids saw the signs. His tears glistened on his face in the firelight and they were like amber on the trunk of some naked bole, trembling before the heat of a wildfire. The spring was thawing the conifer bogs. Red pools of leatherleaf showing, open peatlands, unkept pasture. A fence running into the east keeping nothing. A suture of something already whole.

Do you kids love me? He asked them.

Your mother used to be a drinker, he told them. He shook his head. When he gazed to the north the world was cold and woad blue and there were other galaxies waiting out in that breathless amoebic vault. That imposing nothing that contained something indeed and something namelessly terrible. He watched it over the small heads of his brood and thought. At times it seemed to threaten the authority of God Himself.

Abe looked at the boy. I named you after your great uncle, he said. You carry on the family name.

That’s right you do, you do. He could not stop thinking about the darkness while he spoke: And even more you got my personality. You got a piece a me in you, God help you. You will carry it all on.

How come I don’t carry it on dad? Said the girl.

I don’t know why that’s the way they done it, that’s just how it is I guess. He watched a plane or a drone or some heathen hallucination out there above the black pines and he wondered if maybe God fought wars against that heathen force when it crept in with its dark finality and endlessness and it was this endlessness that frightened him- how he could become like he was smaller and smaller and decayed and still that force marched on undeterred; God these days seemed to be slow to the punch, seemed to just not have it Him no more. Mornings were so hard these days. To look at Linda and she was forty-six which is five years his senior. Decay. She is wormy fleshed and salutary among the few traits she could claim but these generations just kept on growing and these girls of but fourteen were soon to be twenty before he knew. Just kept right on growing (was he saying this to the children? or do they just hear your thoughts too now Abe?) and a man knows they look up to an older guy. Which is natural. What a man knows at thirty-five or forty is far more than what he possibly can at the age of twenty-five.

When he jerked his head up the boy was standing at the other side of the flames and the mask of shadows he wore was garish and his raffish eyes were darting about the darkest crooks (or that’s how it looked). You git in the house, he said.

But I’m not tired.

Git in the house.

The boy did not reply before plodding across the yard but Abe shouted after him, Where’s your sister?

Said she’s in the house.

Alright. That’s what I asked you. Abe turned back to the flames. He sipped the last quarter of the beer and was about to pass back into his trance effulgent when he realized that sleep was very much like the firmament and its vastness, that dreams did not need time to keep them structured. A minute of sleep could be a week in the dream and the dream was empty terrible and amoebic too. All around him this fecund dark that would not go away (you spilled your beer Abe you sonofabitch but wasn’t it empty? the can is empty anyway) and how was he to navigate it. As decayed and fixed as he was. On that little piece of heaven that was now just twenty acres. How’s a man to live on twenty acres (nodding off Abe don’t do it it’s a trap) but he must, he has a family to raise (maybe they’re the dream; maybe you are just a boy still and the dream has been this long, you dreamt all the way to forty and when you wake you will be small and in school, just nodding off). The dark is a trickster. You cannot trust it. He wondered at times if it did not threaten God Himself. Before the man drifted off for the last time that evening he had the sole notion of comfort that Linda would be home in the morning to make his coffee. The fire emptied and depleted before him.

Ethan Fleisher lives and writes from his home in Northern Minnesota. He is 27, a part time musician, slightly out-of-touch, and spends the majority of his time on a lake or in the pine barrens. His previous work can be found in Aforementioned Productions E-zine.

"Fire in the hole," a photograph by Matt B.

← McKenzie Friend
You Don’t Get to Do This →