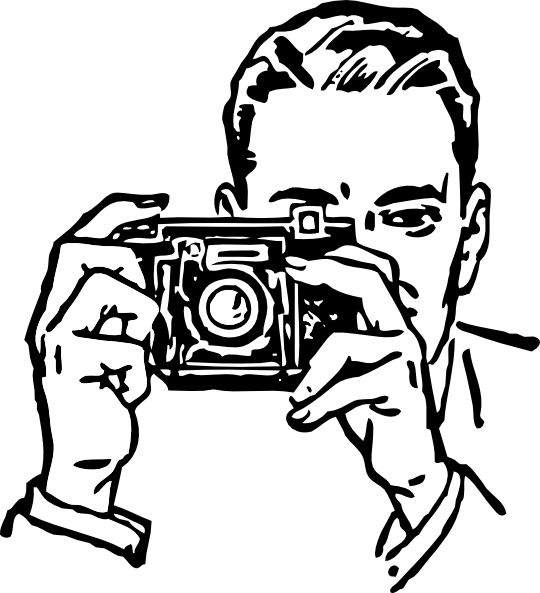 Ramirez walked into our photo shop one day about a year and a half ago. He carried with him a disposable camera. I learned his name because I had to write it on the order form and then give him his ticket. After he left I developed 36 close-up shots of Ramirez fucking a prostitute.

Ramirez is around 55 and obese, with a reflective dome that a few greasy hairs slither across. He shuffles like someone’s poking him from behind, and smells like he has a dead rabbit in his pocket.

After that first day Ramirez has come in every week for a year and a half, always with one or two rolls of x-rated film. The snapshots of his copulations are doubly macabre because the women are always whores of the lowest order. Tank-faced wretches or track-marked, oyster-eyed skeletons. Enough to give you nightmares.

Ramirez drives a yellow taxi. He double-parks his taxi outside the photo shop and rushes in, rushes out. And he always comes on Wednesdays. On Wednesdays we have a special: double prints for the price of singles.

I’ve always enjoyed a good laugh over old Ramirez and his record of lechery. Then a month ago Ramirez entered our little shop, and something was different. There was a gleam in his eye. And a smile on his face. He wasn’t in a huff. He was talkative. He set his film on the counter while I grabbed an order form and wrote his name without asking.

Then he smiled and walked out the door. For Ramirez, that was talkative. It was the longest conversation we ever had.

I put his film into the processor. Machines do all the work, I just keep the fluids up. When the negative strip was ready to be fed into the viewer, I set it up and waited.

The first frame leaped onto the screen and I nearly crumbled in my chair. It was the same old Ramirez, naked as a skinned seal, but this time his willowy manhood was worming into the mouth of a first-semester, apple-cheeked college co-ed. I sat up and looked closer. There was no wrinkle, wart, scar, bruise or open sore anywhere on her. She was thin except at the most luxurious areas and looked as soft and tender as veal. She wasn’t hung with any metal balls or studs or rings or chains. She had no tattoos or brands or suicide wrists. Her face was an erotic portrait of doe eyes and lips so full they could hardly close. Not a trace of hair on her body besides the thick gleaming auburn river that flowed like the Nile straight down her bare back.

She couldn’t have been a prostitute because he wore no condom, unlike all of Ramirez’s other dalliances. Besides, there are no prostitutes like that in Tucson. I know because I’ve looked.

The more I stared the more it bothered me. The wheels of logic and natural law spun to their snapping points. I consider myself okay-looking, a normal guy, but I’ve been alone ever since I started working this job two and a half years ago. Now here’s Ramirez despoiling this thin-ankled sex toy before my eyeballs. Moreover, she looks like she enjoys it. She wants it. She doesn’t mind that he’s taking pictures with an off-brand disposable camera. Ramirez holds the camera at arm’s length and tries to achieve the angles. He likes to see himself in the four by sixes. But when the intensity builds to that inevitable level, he loses composure—there’s only an eye or a nipple or just the bedroom dresser.

He must have quite a collection by now, hundreds of these X-rated snapshots stacked in trunks and boxes in his reeking closet. Proof.

It’s as if he brings me these images to flaunt them. He’s always smiling now, like a gambler who’s hit it big. It’s as if he senses how much I hate and envy him. As if he knows he has something I don’t.

Then it gets worse: he started bringing film into the shop nearly every other day, for almost two weeks now. Always the same beautiful girl in the pictures. If she was a prostitute it would cost Ramirez at least a grand a week. I can’t wrap my mind around it. Where did all the monsters go? What’s happened to the world?

I keep telling myself he needs me because we’re the only place in town that will develop his film. But deep down I know I need him just as much. Because without Ramirez it’s nothing but weddings and graduations and birthday parties. And dogs and babies and backyard barbecues. And cars.

Mather Schneider has published hundreds of poems and stories in the small press since 1994. He has 2 full length books of poetry, DROUGHT RESISTANT STRAIN, by Interior Noise Press and HE TOOK A CAB, by New York Quarterly Press, both available on Amazon. A book of short stories is forthcoming from Black Coffee Press. He is a cab driver in Tucson, Arizona, and is married to a beautiful Mexican woman.