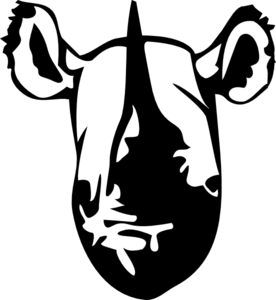 This is not a Eulogy.  There are no mourners but myself.  And I’m all alone now that Rocksteady’s gone. Forgotten.  His footnote in time reading only: Bad Guy.

So the story goes.

Now I’m left out here—alone in the desert—passing my solitary days in the shade of the shipping container that’s been our home for these two decades past.  Writing comic books where we figure as heroes instead of villains, storyboards without pictures, since Steady was the artist.  His scorched bones lie scattered in the succulent garden where I spend the cold nights staring up at the stars.  Trying to make myself believe that he’s up there staring back.

And though this isn’t meant to be a tirade against the Almighty, I often find myself wondering what kind of God it would take to let lives unfold the way ours have unfolded.  Both of us orphans, bounced from foster home to foster home, unwanted, abused, both big for our age and quickly becoming the bullies we were expected to be.  We found each other as 12-year-olds under the roof of a group home in Harlem.  Retreated into each other’s arms in the nighttime to feel safe—if only for a little while—from the hostile world outside.  Friendless but for each other, our foster father beat us and our foster mother did nothing to help.  We escaped into the streets after they found us in bed together.  After they told us to get out.  Left us to fend for ourselves before we were even teenagers.

Our world expanded to encompass the filthy island of Manhattan, and, for a little while at least, we were free. Free from the abuse we’d always known and had accepted as a part of our lives.  Free from the school system that despised us, and that we—in turn—despised.  Free from the foster care system that had pimped us since birth.  Now able to bed down wherever we wanted, to vaunt through the sunny days stealing candy bars and Coca-Colas, to picnic on abandoned rooftops, and skateboard through the streets.  Free to make awkward love to each other beneath the shadows of skyscrapers within the jungle weeds of central park.  To smoke cigarettes and marijuana and hang out with whomever we wanted.  Carefree, the days filled with stripped-down music and angry young voices and sunshine.  Days that stretched golden into the future for two young vagabond kings.  In love before we knew what love was, wearing blue jeans and torn leather jackets.  Black booted and ugly and aimless and happy, living lives that felt like dreams.  It all runs together now.

The happy times before we started shooting dope.  When all that freedom was burnt up in a bent spoon.  It all runs together again.

How common is the story?  The talk of downward spirals?  The repeated claim that one would have done anything for a fix.  I would have shot my own mother, says one junkie in the circle.  I would have chopped off my genitals, says another.  Then the lovers on the other side—holding hands in their plastic chairs—claim they stuck together through the thick and thin of it.  Even at the end of our ropes, they say, we made sacrifices for each other.  Even at the end of our ropes.  How common is the story?  I’ll spare the details.

Suffice to say we found our way to the underbelly of the city. And were as loyal as dogs to anyone who’d give us what we—by that point—needed.  Steady and I, always rock steady.  Together from the beginning to the end.

H was it, man.  That’s what he’d say.  When we talked about life before The Turn.  The Turn.  H was it, he’d say, shaking his head.  At least it should have been.

His memory was always better than mine, and though I never forgot the red faces of the grimacing men to whom we’d sold ourselves, he’d remember a pair of pink-laced shoes on a pretty girl in Washington Square.  Or a white pigeon we caught before we left the foster home, or the warm sound of a saxophone beneath Bethesda Terrace.  Once, when we were watching a spaghetti western a few years ago, he asked me if I remembered a little Hasidic boy who’d given us cigarettes on the Brooklyn Bridge.  It was drizzling, he said, and there were seagulls flying out of the fog.

When we found The Foot—or when The Foot found us—we escaped our life in the streets.  Otherwise—as Steady said—H probably would have been it.  Our intake was strictly monitored, classes required, treatment given.  For the first time in our lives, we became a part of something bigger than ourselves.  Soldiers in an army, we did what was asked—what was required—blind always to the fact that we were putty in their hands.  Physically manipulated in weight rooms and dojos—pumped full of steroids—until we were the largest thugs in New York.  Mentally manipulated by our superiors, and the mantra of groupthink mentality.  We were both still hooked on smack, and they always knew they had us on the line.  They reeled us right into the isolation chambers and flipped the switch to turn us.

Neither one of us could describe the events leading up to it.  Not after it happened.  We tried.  In police interrogation rooms, in neighboring jail cells, in the desert container that became our home, we couldn’t remember.  There’d been some sort of contest that we’d won, that’s what we were told.  They doped us at the end of a long day of hustling.  Whisked us away, though they always told us afterward that we’d volunteered.

The passage of time became a meandering dreamland spread forever in front of us.  Memories that were not ours floated through strange brains, and it all runs together, it runs.  I rooted in rhododendron tunnels, rolled waist deep through milky bogs, fled from large-toothed beasts beneath the streaming trees.  I woke up to the sound of my own screams, the bedding sweat-soaked and covered in hair.  Later, Steady would tell me about the sprawling Serengeti and the feather touch of birds upon his back.  We were posted—side by side—in hospital gurneys for several weeks—or several months—fed intravenously, drugged so that we were never more than half conscious, our new hands—gnarled and enormous—reaching toward one another in the night.

Months of rehabilitation followed.  Mental and physical, coming to terms with what we’d become.  Again we were conditioned.  Lauded by our superiors, held up as paragons of duty to new initiates.  They cheered us onto stages as if we were celebrities, made us feel as if we’d done something great.  When, in fact, we were puppets.  Drugged night and day, kept forever in a semi-stupor.  They put us under if we misbehaved, and we did what was asked almost always of our own volition because the power itself was intoxicating.

If you’re the fastest man on earth you run because you can, if you’ve got perfect pitch, then you sing.  We could take a bullet like a punch, pinch a man in two fingers and toss him across the street.  We could knock down a building with our fists.  Our violence was expected.  It was encouraged.  We were told we were animals.  Rewarded for our depravity until we became the right and left hand of The Shredder himself, and thereby gained access to the inner workings of The Clan.

Sometimes Steady would ask if I missed it, and the truth was that I did.  Sometimes.  He’d laugh about strange memories while we walked through the desert—doing exercise to get his weight under control—and I’d suddenly remember how strong he’d been.  Standing shirtless in the midst of a brawl, his smooth muscles stacked like armor, always laughing at how easy it was.  Grotesque and beautiful—raw—he was the most powerful man that ever lived.  I remember gunshots ringing out and his laughter and the dying screams of those around us.  We were gladiators in the Coliseum of city streets.  The actors in a drama of bright life and death.

I still loved him on those walks in the desert, as he struggled along, waddling, wheezing.  I never stopped loving him.  Ever.  Even when I was angry at him for sneaking Little Debbie’s and cigarettes, for lying about it to my face.  Even when I found Ziploc bags full of candy stuffed into cactuses, floating in the toilet tank, buried beneath corners of the container house.  I told him I didn’t’ want to live out here alone, brandishing the tobacco and the sweet treats that I’d found.  I told him he couldn’t leave me out here alone, and he’d shake his head and mumble something about how everything would be all right.

When they caught us, we cleaned up.  Were forced to clean up.  To withdraw from the substances that had so long sustained us.  It was like sliding from the comfort of a cloud into the painful brilliance of a blue sky.  Too bright, too much to take, it was worse than the time after The Turn.  We gave up the names and locations of everyone we knew.  And since we knew more about The Foot Clan and The Shredder than the others, they bent the narrative to make it fit.  We were the bad guys, The Turtles the good.  And so the story goes.

I was able to adjust, able to take it in stride, recognizing we’d been given another chance.  But Steady couldn’t do it.

He felt we’d betrayed the people who saved us, and, in a way, I’m not sure he was wrong.  Like a soldier discharged, he let himself go—got fatter than fat—without his daily missions to complete. I tried to show him we were free again, that we’d escaped just like we had when we were boys.  But it was never quite enough.  I couldn’t turn him back.  He didn’t want to start over again.

In the beginning he tried.  He read the same books that I read, went hunting in the cool desert nights.  But time wore on him, and he became obsessed with having our story heard, though he knew that it couldn’t be done.  Part of the bargain was that we’d hold our tongues, and instead of getting angry, he got depressed.  That was all it took.

He gained weight quickly, wouldn’t let me see him naked, would only make love in the dark.  Then not at all.  When all along it was love—love—that had kept us alive.  The awkward love of boys doing what they knew was wrong, the abandon of teenagers set free.  The love of grown men who pledged everything to each other, turned beast to find love spring anew.  Shape shifters, it was love that allowed us to escape from the world outside the door.  To escape from the world.  To escape.

At night, though I dream animal dreams, there is sometimes a white pigeon, or a Hasidic boy with cigarettes.  During the day it all runs together.  I read everything I can get my hands on, plant more succulents among his bones in the garden, write picture-less comic strips—westerns—where we figure as heroes instead of villains.  He sails out in my mind—beautiful—buoyed by flocks of seagulls to save us all from the lies we tell ourselves.

This is not a eulogy.  It is a love letter to the only friend I ever had.  An account he always wanted the world to hear.  This is a short remembrance of my dear Rocksteady who I will never—not ever—forget.