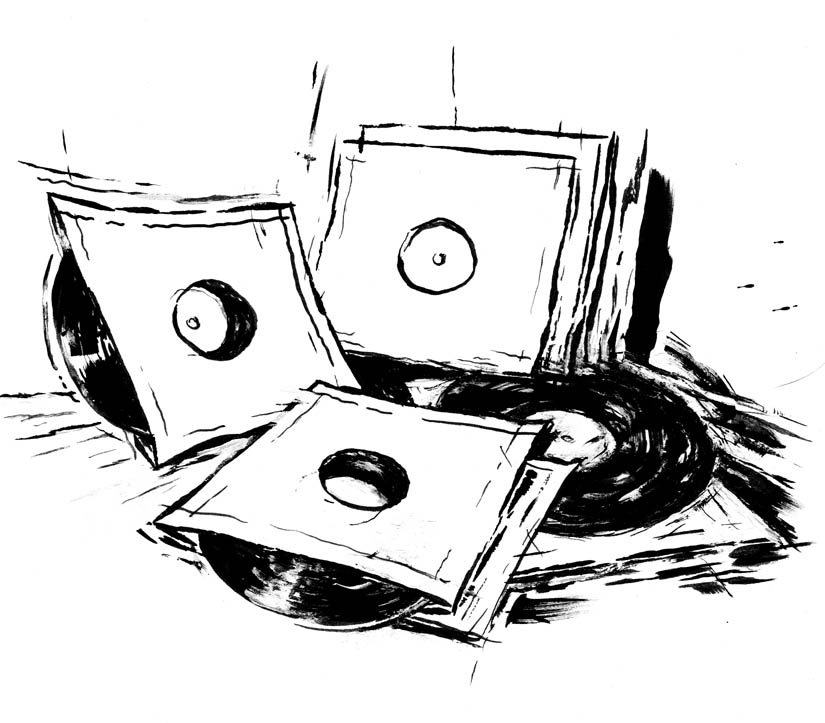 In the summer of 1968, I was content to be working on The Nabob, a converted  tuna fishing vessel that docked at Oakland’s Matson Wharf. It wasn’t the most glamorous job, and maybe content isn’t the right word, but I was okay with doing what was asked of me, getting paid for it, and following the ship’s one rule: don’t ask any questions. We’d load the hold with some not especially large quantity of goods—which often was driven out on the rickety planks of the wharf by a guy in a pickup truck that none of us would ever see again—and dispatch it in Seattle, Long Beach, or any of a number of ports up and down the West Coast. It was light-lifting, you might say, and if you worried that you were engaged in anything illegal, you could always rely on your ignorance to see you through, or pass any lie detector test.

Some guys—it was a crew of three or four, depending upon the time of year—got more nervous than others. Like Elston. He was from back East and used to fish out of Dennis in Cape Cod, going up to the Georges Banks. He’d lost a lot of crewmates over the years—four, anyway, which seemed like a lot to me—and you’d hear stories about how hardcore those East coast guys were. But after the cops came around a few times to talk to our skipper, Reggie Thorpe, Elston would start chattering to any crew mate in earshot that we were all done for.

“There’s our last voyage. What the hell we been shipping anyway?”

Inevitably, someone would shout, between drags off a cigarette, that questions were strictly forbidden.

“Doesn’t matter now, does it?” Elston would counter, sniffling a bit. The cop would eventually leave though, easy peasy, and Thorpe would order us to get ready for our next middle-of-the-night visit from a pickup truck. Soon the guys were calling Elston—whose nickname had been Ellie—Nellie, as in Nervous Nellie. Tough thing to live down on a ship of hard men, guys you didn’t ask about their past. And if they were telling you about it, on their own, they were either careless, or telling you for a reason, to get some upper ground on you.

I had come from the East as well. Boston. After Korea, home didn’t feel like home. My dad didn’t like that, when I tried to tell him, but he knew how restless I was. We’d be on the back porch, and he’d be peeling an orange, in one piece, a skill I could never master. He was just so calm. And I’d be fidgeting, unsure of what to do next, if there could be anything next, or if the world, for me, anyway, was to be one succeeding patch of emptiness after another, a stark yellow lawn that led away from something—something almost too real—toward nothing. You just took that long road, and walked it…

Colin Fleming writes for The Atlantic, Rolling Stone, The Boston Globe Magazine, Slate, and Sports Illustrated, and publishes fiction with the VQR, Denver Quarterly, Boulevard, Michigan Quarterly Review, and The Southwest Review, in addition to contributing to NPR's Weekend Edition. His first two books, Dark March: Stories for When the Rest of the World is Asleep and Between Cloud and Horizon: A Relationship Casebook in Stories, came out in 2013, and The Anglerfish Comedy Troupe: Stories from the Abyss is due in 2015. He is completing a novel about a piano prodigy who does not wish to be one called The Freeze Tag Sessions, and a nonfiction work, Just Give Me the Backing: A Life Lived to the Music of the Beatles. Find him on the web at flemingcolinlit.com.
← Rejection Notes #7: Cormac McCarthy
BULLshot: Colin Fleming →