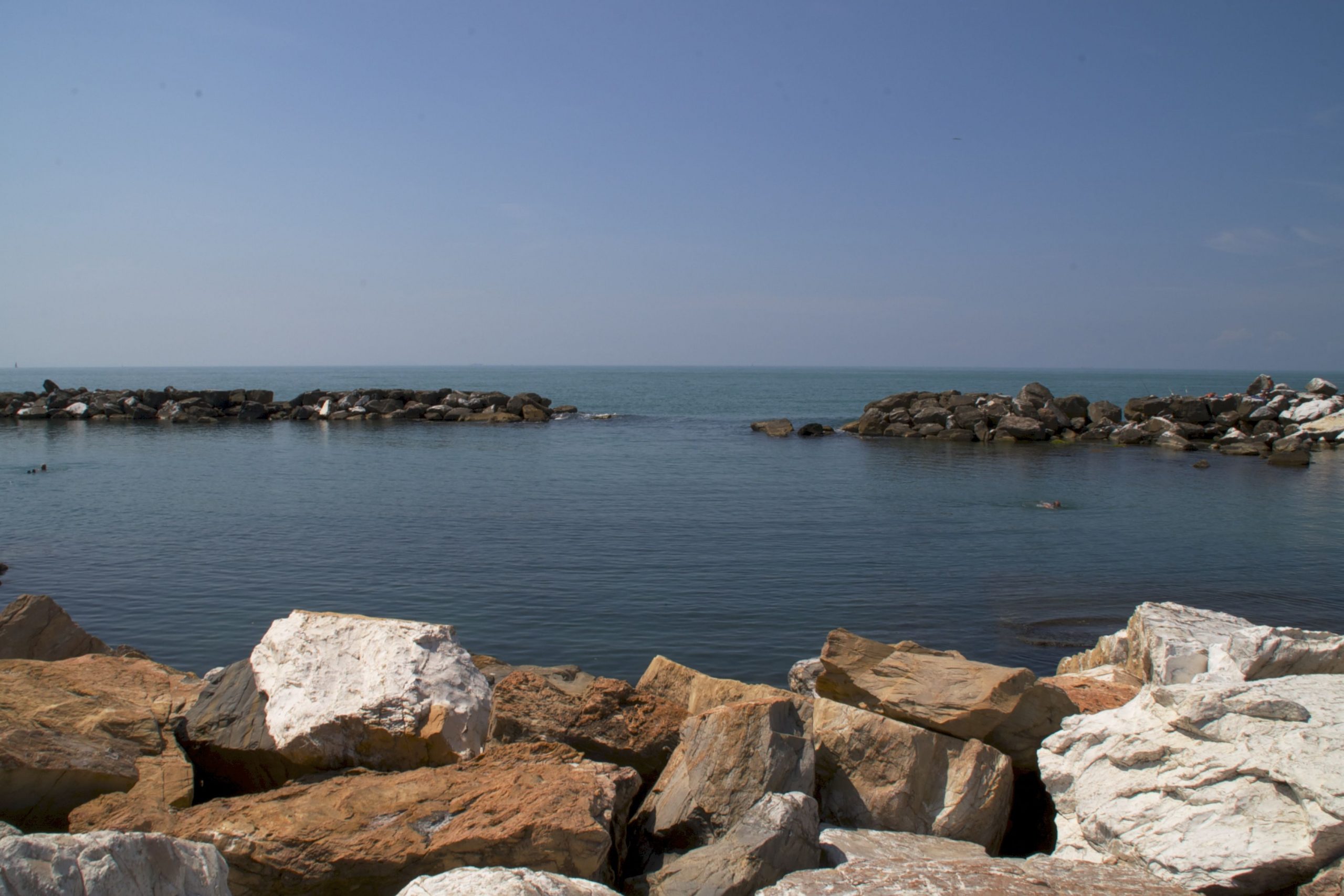 Dario wants to take me to the seaside every day of the summer. When Dario was a boy, his father brought him to the pier where he worked and Dario scavenged tiny crabs, sticking his fingers in the cervices between the rocks. His father taught him to never be scared of what he could find in the water.

Livorno’s piers stood on the rocky coast, but my parents preferred Pisa, with its sandy beaches where nothing could happen. They used to read on their beach chairs while I played by myself on the sand. There weren’t animals to hunt or rocks to explore. I examined every single grain of sand, all different: brown, white, black. I squinted my eyes.

On the seaside, Dario’s black hair tangles up and gets all white and powdery from the salty dust left by the wind. I help him unknot it, and my hands smell like salt for the rest of the summer. We sit on the shore, the pebbles between our fingers, until Dario decides that it’s time for a swim.

Years ago, Dario’s father was crushed by a container, his head reduced to pulp on the salt-stained concrete. The Tyrrhenian Sea dragged the rest of his body away like a shell detached from a rock. Not his head, though. His head stayed.

When we get closer to the water, my ankles shake at every step. I don’t wear my glasses because I’m afraid the waves will take them away, so I can barely see what’s under my feet: every darker spot hides sea urchins, jellyfish, unexpected bumps, deep cervices. Dario jumps among the rocks, the white foam of the waves embracing his tanned legs. He doesn’t look at what’s hidden in the water. He plunges into the ocean so fast that I don’t even see it happening, all focused on examining the seabed. For a bunch of seconds I think he may not come up; I imagine his blood dilating in the water like poison in an artery. The sea takes back what belongs to it.

One day, on Pisa’s sandy beach, I fell asleep on my airbed and the tide dragged me away from the shore. My parents, still reading on their beach chairs, looked as tiny as grains of sand. I thought that I’d never go back. I squinted my eyes.

Dario’s head emerges from the water, his black hair fluttering like algae. Even without wearing my glasses, I know he never looks back.

← You Don’t Have Very Far to Go
The Cindies →