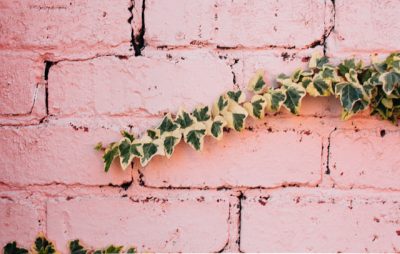 At Jenna’s, we have to be vigilant about every surface: we must not track dirt from the back yard into the kitchen (Jenna’s is the only house I’ve ever seen with two doormats). Once when I put a glass down on the coffee table—this was the ordinary coffee table in the family room, not the fancy one in the living room—Jenna’s mother came flying in with a coaster. She reminded me of a cartoon character running, legs a blurry wheel.

So I prefer hanging out at my house, where everything is dirty and no one gives a shit. No one’s dad says, “So, Will, what colleges are you considering?”

Sometimes Jenna looks around my bedroom squeamishly, like there’s no clean place to sit.

In two weeks her parents are taking her to New England to tour a bunch of colleges. They’ll be gone ten days. “I’m going to miss you so much,” Jenna tells me, as if she’s going into combat, and will be gone for years. I tease her for being melodramatic, but I can’t shake the feeling that when she leaves, she’ll be gone for good.

My ex-girlfriend Amy-Rose said to me once, “You only like me because I’m pretty.” She wasn’t wrong, though I could’ve retorted, “You only like me because I play guitar and have a car.” A shitty car, but still. Instead I said, “Man, you have such a huge ego.” I gave her crap for one aspect of her comment (that she believed she was hot) rather than acknowledging the other (that the only valuable thing about Amy-Rose was her surface).

I lie on my bed watching Jenna look up college websites on her laptop. The buildings are gray or sandstone or oatmeal or brick, but all have the same swaths of ivy, like dudes of different ethnicities who all have the same facial hair. I didn’t know the ivy thing was so literal. Over time, ivy damages stone. Watching Jenna click and scroll, I feel like something sticky that clings, for now, onto her skin.

Kim Magowan's short story collection Undoing won the 2017 Moon City Press Fiction Award and was published in March 2018. Her novel The Light Source is forthcoming from 7.13 Books in 2019. Her fiction has been published in Atticus Review, Bird's Thumb, Cleaver, The Gettysburg Review, Hobart, JMWW, New World Writing, Sixfold, and many other journals. She is Fiction Editor of Pithead Chapel. www.kimmagowan.com
← LOVE IN THE TIME OF TEXT, DON’T CALLERA: THE LOST SAD LAUGHTER CHAPTER
Pallbearers →