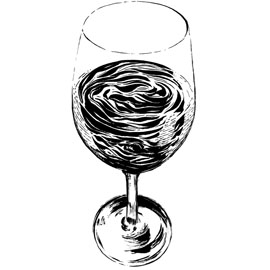 Dennis Shedrin was in his room trying to work when he heard the metallic snap of the front door lock, and the door opening, and the voice of his landlord accompanied by another he did not recognize. The second voice was female, young, even and rather low. Keeping his fingers still on the keyboard, Dennis sat hunched over his laptop listening to the landlord’s falsely enthusiastic mumbling, and when he heard the female voice again there seemed to be something familiar about it: certain telltale inflections that he had not at first picked up on.

In the cramped space that served as entryway, kitchen, and living room, he encountered the landlord, a scarf wrapped festively about his neck, a festiveness belied by the dark caves of his eye-sockets and the deep wrinkles beneath. He greeted Dennis in his usual awkward manner, without eye contact, which Dennis partly attributed to the guilt he must have felt when barging in on tenants uninvited. Then he saw the girl coming out of the empty room opposite his own. Even in a bulky winter coat and headscarf she was unmistakably attractive, and Dennis was at once made aware of his own appearance—the old warm-ups and torn felt slippers, and the over-large fleece that hung loose like a sack, its open collar revealing in a deep V the scant wisps of black hair on his chest.

Overcoming his slight embarrassment, Dennis introduced himself, surreptitiously buttoning the fleece collar. The girl, or woman (for he soon learned she was several years older than him) said her name was Tennie, which briefly threw him off. But after a few moments of small talk he asked her anyway, feeling almost sure he had it right. He’d spoken in Russian, and observing her surprise he knew that it was due to his having no perceptible accent. When they made the switch fully he was glad to discover that despite months of virtual disuse his speaking ability had not deteriorated too badly. They soon returned to English out of consideration for the landlord, but he seemed only too happy to leave Dennis to do his job for him, and ducked out, clucking and nodding encouragement.

When they were alone, Tennie permitted Dennis to take her coat, and he got a better look at her. She was certainly pretty, if not quite as stunning as he had at first taken her to be. Her skin was exceedingly smooth and fair and imparted to her face an ageless quality. Owing to her large, wide-open dark eyes she had an air of permanent surprise, an impression accentuated by thin black brows drawn so high they appeared upraised. Together with the small nose and mouth, her features invited a comparison to an anime character, but Dennis rejected the thought as both ungenerous and unoriginal, and decided instead that they resembled the delicately painted porcelain face of an antique doll.

Tennie asked about the apartment and neighborhood and spoke briefly about herself. Her intonations—Dennis assumed them to be those of the Russian countryside—made her sound slightly mannish. There was also a certain unreflective quality in her manner, which he found enigmatic and a little unnerving, though it may simply have been her tendency to talk without waiting to listen.

She had been in America for three years. She was a student, attending a local college the name of which he immediately forgot. For the past several months she had been rooming with a girlfriend in an upper Manhattan studio, but had recently decided it was time to go. The girlfriend had started smoking again, due to the emotional stress of a relationship perpetually on the rocks, and at the same time she became exceedingly needy, unloading daily upon Tennie all her pain, anger, and confusion. Tennie could take a lot, but eventually it became too much for her. “She was one of those people that suck the energy out of you,” she said. “I don’t need that when I come home.”

Dennis listened, his mind painting for him all the discomforts of a smoky studio with a weepy roommate. He answered Tennie’s questions, presenting life in the apartment in a mostly positive light, quite accurately on the whole yet with certain minor omissions, such as the weak radiators, the modestly leaking shower and the occasional roach, which might have unduly spoiled the overall effect. Standing in the kitchen and assuring her in earnest tones about the safety of walking to the building from the subway at night, he felt both honest and deceitful, as he believed what he said yet did not mention the complaints of his previous roommate about the unwelcome attentions she’d received from workers at the nearby meatpacking plant. And when, encouraged by everything he told her (and didn’t tell her), Tennie announced she would call the landlord and put down a deposit for the room, he was not sure if he was pleased or unsettled…

Ilya Lyashevsky is Director of Mobile Development at Broadcastr, a PhD candidate in Cognitive Studies at Columbia Teachers College, and a writer working with Electric Literature's Recommended Reading, a Brooklyn-based literary weekly. His fiction has appeared or is slated to appear in The Bellevue Literary Review, Epiphany, Independent Ink Magazine, Controlled Burn, Zymbol and elsewhere. He lives and writes in Brooklyn.