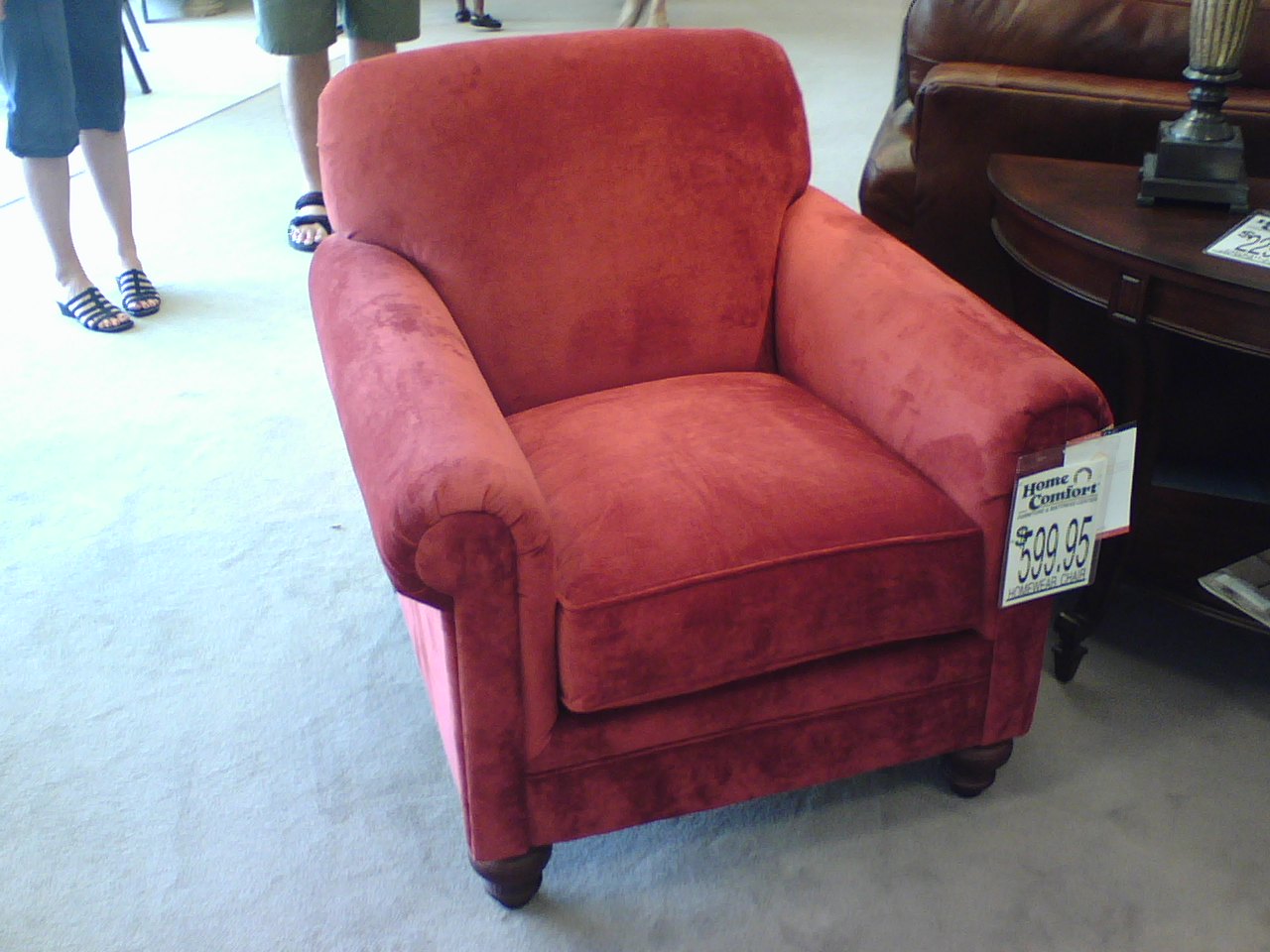 It wasn’t a nice chair. For a moment, maybe, it looked nice—it was the overstuffed kind that you sit in to read. By nice, I mean expensive. By moment, I mean the first time someone sees it and comments nice chair, but then looks again and decides privately that no, it’s not really that nice. It’s cheap.

I don’t make a lot of money, so I don’t buy nice things. When a person doesn’t make much money, they still go to stores. It’s not that they stop buying things — they just go to stores that sell things that look nice but really aren’t. It’s probably a way of making people who don’t make much money feel good. My chair, as long as nobody sat in it, retained an illusion of niceness. I never sat in it. I didn’t want it to look ratty when I stood up and turned around.

It was Dave’s idea to start a fire in the stove. We had to chop wood first. A tree next to the power line had been cut down by our landlord. He’d used a chainsaw to cut it into chunks, but otherwise had left it. It was ours to chop. Why are you wearing a tie to chop wood? Dave scrunched up his face at me. I had gotten into the habit of wearing a tie. I didn’t need to. Nobody needs to. I just liked the look. I only had one—gold and navy striped. It turned out I could split wood with fewer chops than Dave, even though he’s stronger than me. Once on television, a man was explaining the proper way to hit another man in the face with your fist. Upon contact, you didn’t pull your fist back. You kept it traveling as if you hadn’t reached your target, as if the target was behind the man’s head and you were really trying to hit that. This is how I chopped wood with fewer chops. I imagined a piece of wood underground. I had to chop at that one, not the one I was really chopping. And there, kerplunk, two pieces fell away from either side of the axe. So it didn’t matter that I was wearing a tie.

If we get the stove hot, really hot, when we have our party all the ladies will shed their clothes. This was Dave’s logic. He wanted to see girls without their jackets or sweaters or undershirts. It was winter, and most people at least keep their sweaters on. But we were chopping wood. We probably need at least two dozen pieces, plus kindling to get it started. This one time, Dave discovered a line of ants in his room. Rather than kill them right there, he traced the line outside through a window and over a portion of the roof. In the middle of the night, Dave had a can of Raid in one hand and a flashlight in the other. He was exterminating their entire trade route. The next morning he said his lungs felt different.

The fire worked. The girls had to take off their jackets. We didn’t have a special place to put them, so they laid their jackets on the sofa. The sofa was mine. It was an okay sofa that I’d spotted at a garage sale. It was bright orange, but also it was leather. After I’d moved the sofa in, I noticed the orange didn’t go with anything.

Angelique and Penny lived in the dormitory nearby. Dave had invited the whole wing, but only Angelique and Penny showed up. They took off their coats right away. Dave gestured—I made a fire. The girls smiled. Dave went into the kitchen for some plastic cups. He came out with a stack plus a bottle of Wild Turkey.

I don’t think Angelique liked whiskey. She kept pretending to sip from her cup. I knew there was still whiskey in there. I didn’t like whiskey either, but I drank mine. Dave was showing Penny his bench press, and that left me and Angelique by the stove. It’s hot in here. When she talked, I noticed that Angelique wore a retainer. Do you work at The Valley Inn? The Valley Inn is a fancy hotel. Visitors with money stay there. Your tie, I mean. I looked down as if I were surprised that I had a tie on. Oh. I lifted it up. How does a person explain a tie? No, it’s just—I guess I—I don’t know. Angelique was fanning herself. Well, it’s nice. I didn’t wonder what she looked like naked, but I knew I’d wonder later on. Wanna see my room?

Angelique stepped in. Cool. I like your chair. Is that where you study? I realized I’d invited her into my room for her reaction. Yeah. Sometimes. I think her jeans must’ve been size zero. The way her hair sprung up with such volume made the rest of her body look disproportionately small. I wanted to scoop her up in my arms and nuzzle her like a puppy. Her socks were fuzzy and pink. By now her boots were probably sitting in a puddle of melted snow.

Without saying anything, Angelique put her cup down and curled up in the chair. Her legs pressed together in a V. She pretended to page through a book—like air guitar, but this was an air book. Am I doing it right? She laughed a little. Something in my throat tightened. It was a silly thought, but you can’t control thoughts: Angelique must come from “angel.” Of course I didn’t say that out loud, I just thought it. But I guess it made me feel something. A miniature angel was in my room, pretend-studying, sitting in my chair, making it nice. My mouth must have been smiling, and I forgot to answer her question.

Photo by Patrick Mueller on Flickr. No changes made to photo.