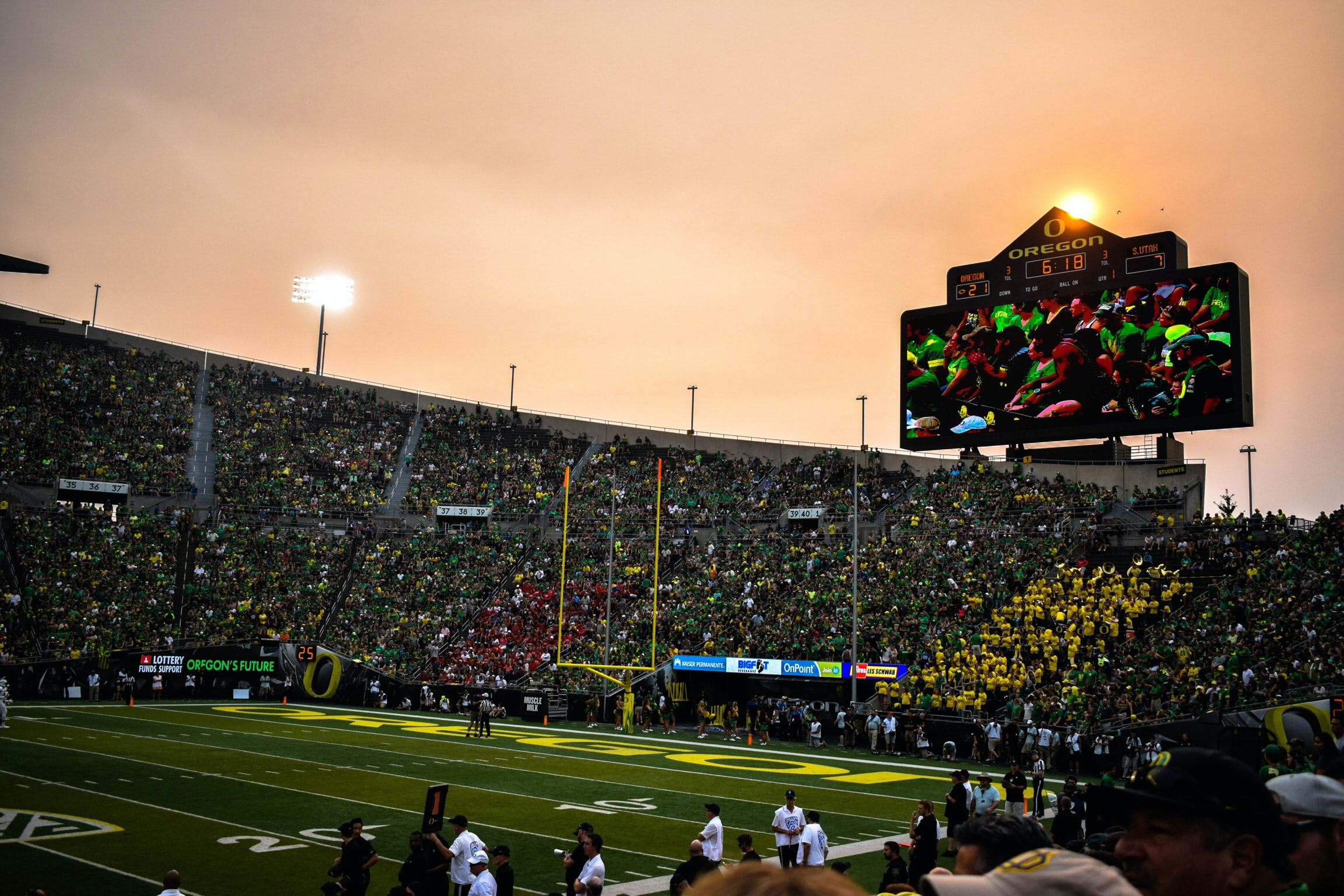 He had all of the physical and mental gifts you could ask for: his arm was stronger than Bert Jones’ at his best. He was more accurate than Joe Montana in his superlative prime. He was a better rusher than John Elway and a smarter play-caller than Peyton Manning. But what everyone who watched him remembered was his uncanny sense of the game as it unfolded and the way he wept as he played.

In practice, it was only an occasional drop. A solitary pinprick of saltwater at the tip of a lash that could be blinked away and blamed on the wind. But, in games, his eyes ran freely. Big, sloppy droplets rolled in a continuous stream down his cheeks and dripped off his chin. They weren’t tears of sadness. No deep and secret hurt tore itself out of him when he took the field. They weren’t tears of joy, either. He loved the game, but not in a consuming way that meant he was crying with happiness. They were just tears. Nothing more or less than the saline product of an uncontrollable and wholly physiological reflex, a commonplace mixture of water, oil and mucus that welled relentlessly up on the gridiron, that ran like a tap until it pointed his lashes, pearled the tips, and rivered his face.

He played his high school ball at a tiny school in the foothills of Montana on a lumpy field washed by the winds that poured in an almost constant icy stream down from the peaks of the Rocky Mountains. These winds left everyone who played in them glassy-eyed. Wet-lashed. The coaches and boosters noticed that his eyes watered more than most, that they dripped with hot tears on still days, but the town was desperate for a star, and no one said anything. The recruiters who came to watch him saw that his only missed passes were dropped by receivers used to catching balls that traced wobbling arcs before settling tentatively into their hands, not his laser-accurate rocketing throws. His incomplete passes bounced nose-first off breastbones. They slashed through clumsy fingers. And the recruiters came away both awed and troubled by what they had seen.

He took his high school team to the state championship and won it, scoring on every drive, but the cameras caught him crying as he put the offence on his shoulders and carried them down the field. At the end of the game, a close-up on the jumbotron showed his red and leaking eyes, the shining lattice of his cheeks, to the whole stadium, and the cheers that lifted everyone towards the unexpected exultation of a tiny school winning their biggest game were cut with a cold, rebuking silence. The cheers faded and that silence lasted. It was the silence of the phone on the wall in the kitchen that never rang. The recruiters who never pulled their beat-up cars into the driveway. The offers that were contemplated but never sent.

He walked onto a Division II team in Arkansas and impressed in practice, but never overcame his coach’s reluctance to play him. Two years later, on the strength of a dry-eyed combine performance that broke every quarterback record anyone cared to keep, over the objections of scouts who made vague but ominous references to character issues, he was drafted in the seventh round by the desperate St. Louis Rams.

The pre-season was promising, although careful observers noted that he wore a wide, mirrored visor when he didn’t need to, and he started the first game of the season. He took the team up ten to seven in the first quarter. He could have turned the field goal into a touchdown and added another if he hadn’t handed the ball off to running backs who got stood up at the line. At the start of the second quarter, the offensive coordinator put down his clipboard, took off his headset and let him play. The offensive line disintegrated on every down, but it didn’t matter. He read the blitzes before the opposing team’s defensive coordinator called them. He sidestepped tacklers with ease and darted through holes that weren’t there until they were. When his receivers were covered, he ran. When he couldn’t run, he found his receivers, and threw them balls that even his clumsy high school teammates could have caught.

The banks of lights under the struts of The Dome at America’s Center turned his teardrops to diamonds and spangled his face. The crowd’s elation soured to confusion that soon tipped over into outright disapproval. The cheers died to a muted, almost subterranean murmur, and, when he came in at halftime, his cheeks were tidal deltas and no one in the changeroom would look at or talk to him.

The third quarter was worse. His tears were a torrent. His eyes ran black like mascara, but the harder he cried, the better he played. He scored four times, tying Don Hutson’s single quarter scoring record, and each touchdown was met with a deeper and stonier silence by the stunned crowd. He threaded a pass through the raised arms of an oncoming linebacker, past a pair of befuddled safeties and into the waiting hands of a receiver for his fourth touchdown in front of eerily noiseless fans. The coaches met him in a phalanx when he walked off the field and told him he was done. No one objected. He left his helmet on the sidelines. An audible sigh of relief, as if the whole stadium had been holding a single frozen breath they could now release, followed him down the tunnel. That soft and definitive sound washed over him like wind. He bent his head, and, for the first time in his life, wept tears of real and inconsolable sadness.