The Redneck Sheiks of Bir Tawil 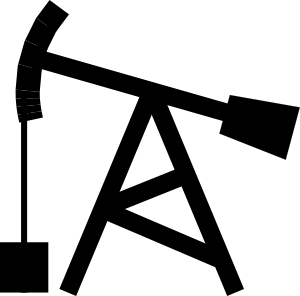 I’m known to the world as Akmad, the High Priest of Bir Tawil. As such I function as Supreme Ruler of the independent territory of the same Bir Tawil. However, you may call me Lester.

When I began the final stage of my quest to take control of my holy soil, I did so from the opposite side of the world, here in my original, and yet again, homeland. More specifically, on the roof deck of a dilapidated houseboat The Bear on Lake Weiss in Alabama, near the town where years ago I starred as the third-team all-conference fullback for the Jacksonville State University Gamecocks football team in what was formerly known as, and still called by everyone decent, “Division I-AA.”

However, you should’ve seen me all oiled up on this houseboat deck with my tanning spray, a cold Bud in hand. Sometimes I think that was really when I was my most holy, not in my days as an Islamic priest nor my time breaking shoe-lace football tackles past the linebackers and defensive backs of the Ohio Valley Conference, but working on that lake tan getting ready for our overseas mission. All of us were up there on that rooftop deck: me, R.C., Jim Bob, the dogs, the wives. It’s true I’d once been in a predatory car-title-for-cash commercial when I was in my thirties where the producer had suggested I get a nice tan for the cameras to present a more youthful appearance, but never was there so much riding on my looks as that last time before our departure. Our whole futures hinged on who I would become.

I had my ear buds in while laying out up there in my lake-tan glory, blasting those Rosetta Stone lessons and mouthing my Arabic words in the pauses between bubbly sips of smooth domestic beers.

They say mine was one of the best wealth schemes ever hatched because of the dedication we all showed, although in the end I admit there was plenty of luck involved as well.

First, there were the three years of Arabic extension classes through a University of Alabama extension program down on the Birmingham campus. And the fact that all the rest of the boys allowed me to completely cut out their tongues.

“What in the hell?” was what they’d both said at first, but I do believe they came around. The key to a good scam sometimes is overdoing it a little. Just ask my first wife, who was the real master of that one. She took both my old bass boats in the divorce and left me with only the one dog we had that neither of us wanted, and she didn’t even fish.

Of course, a good scam often requires a good team. Back when I was a football player I’d always make the point to thank my offensive line whenever the guys who worked at the papers of Gadsden or Anniston were interviewing me. I’ve got a good team now too, in case I forget to mention it again.

By the time our crew had all crossed the ocean, we were sufficiently tanned, had grown out nice, long beards we dyed black with shoe polish, except for R.C., whose beard remained patchy as ever. And we wore contact lenses that made our eyes appear brown instead of blue. I spoke my adequate Arabic, which was “rusty,” I claimed to the native speakers I met, from having “spent the past twenty years in seclusion,” which of course was a whopper.

My associates all had taken their vows of silence and claimed to have cut their own tongues as an act of devotion to our new God. Of course they made this last claim non-verbally with only head bobs and attempts at gestures. And, as always, they nodded along sternly with anything I said.

The territory we claimed was long marred in controversy, straddling the contentious border between Egypt and Sudan. I am not truly a Muslim, of course, but I’d prefer you keep that to yourself to neutralize the looming fatwas and the IRS. Instead, I am perhaps the world’s most successful fake Muslim who operates as a religious head of state.

What I really am may be a filibusterer. A filibusterer sees a vulnerable territory, and he takes it. William Walker had his conquests in Mexico and Nicaragua in the 1800’s, the same century that the Scottish confidence man Gregor MacGregor claimed himself the cacique of an imaginary country on the Miskito Coast, duping the gullible and uninformed European investors of his day. And I can tell you it’s not the thing we use to justify the land grab or the maneuver so much as the opportunity for money and power that motivates one of us to ultimately act.

One of my sidekicks who poses as a tongue-less Muslim follower of mine was such a big University of Tennessee fan when he was a kid that he went to the courthouse in Chattanooga when we were little and changed his full name to match then-backup UT quarterback Jim Bob Cooter’s, a fan favorite for us longtime SEC fans due to his unique name combination that perfectly blends the redneck and the purvey. The real Jim Bob Cooter, of course, eventually went on to a sort-of-successful coaching career in the NFL, and look where our friend, the imposter Jim Bob, wound up.

“Jim Bob, you farmer tan well,” I said to my friend once we were dressed and ready to meet with government leaders in Egypt and Syria on the Mediterranean Sea in the ancient port city of Alexandria, and he looked back as if to say, “I don’t have a tongue. Remember? You cut it out.” Of course I remember, and I’m grateful for the sacrifice, I wanted to tell him. It was like I was a star running back again and he was a favorite lineman, selflessly taking on two or three large men to help clear a path to the goal line.

Meanwhile, for my other teammate in the venture, I’ve known R.C. since 1982, but I just realized recently I don’t even know his real name, even though I was a groomsman in two of his weddings, one of which took place on Weiss only about a year before we caught our flight. His nickname is short for “RC Cola,” as in the Royal Crown, which you would always seem to see him drinking when we were all kids, when everyone else would drink Coke or Sprite. R.C. was always just kind of around. And now that he can’t talk, it especially seems that way.

Bir Tawil is a small trapezoidal territory, south of Egypt and north of Sudan. It’s not that no one before us claimed it, but Egypt insisted it belonged to Sudan, and Sudan insisted, no, that it really belonged to Egypt. This is because a larger, more-desirable piece of land lay to the northwest, and based on the way boundaries were drawn in the late 1800’s, Egypt would possess that better land, the Hala’ib Triangle, while Sudan would take Bir Tawil. But then the 1902 boundaries, which Sudan wanted enforced, would have done the opposite, giving Sudan the rich-soiled and coastal Hala’ib, while Egypt would get Bir Tawil, the booby prize on the borderland. To claim Bir Tawil, which appeared to be only sandstorm and desert, was to give up the potential riches of Hala’ib. It was a bunch of mumbo jumbo which meant it could be ours.

“Hello your highnesses,” I said in Arabic to the president and prime ministers of both Egypt in Syria at our first meeting in Alexandria. The speaker of the People’s Council of Syria was also in attendance, as well as some key Egyptian figures. “We’re not monarchs,” they all insisted. “Nevertheless…” I said, as best as I could muster in their tongue. Jim Bob and R.C., dressed in matching holy robes akin to mine, nodded fervently.

If I’m being honest, I didn’t actually know what we would do exactly once we were the territory’s rulers with the lukewarm acceptance of the Muslim world. That didn’t matter, though, because not long after we set up shop there we struck oil, finding the world’s largest known concentration of untapped oil, and we extracted as much of a fortune as we could and still escape without drawing the ire of the Middle Eastern world.

“You guys mind if I take half the money?” I asked Jim Bob and R.C. later as we ate at the Dairy Queen takeout safely back home by Weiss in Alabama. We had sold the land over the internet to the late Hugo Chávez. “And you guys split the rest?” I could see how my partners each wanted to talk, but they couldn’t say anything, opening their mouths from habit only to catch flies.

In the old days perhaps I’d have turned out to be a Christian TV preacher, but they say you have to think global now. As I begin to get old, I am content just to feel the cool of the wind, blowing out here on The Bear on Lake Weiss. To watch the sun go down, and ponder just what’s going on where the bright yellow star is going, slipping itself down over on the other side of the world again, where I’d made my riches and had briefly held sway as a ruler over a contentious piece of land. And now that I’m wealthy, even my oldest son talks to me again, and what more could a middle-aged man really want. And he’s engaged to a girl from Mississippi too, just like his mother was. God help him.

Sometimes in the falls now, I’ll still head out to catch a game at JSU on Saturdays if the Tide ain’t playing on TV. Have I told you I used to play college football? It’s strange what holds currency, you know. For example, my oldest son who talks to me again, what he says when he introduces me to people is, “This is my dad, Lester. He used to play college football at JSU.” Ain’t this some world? I wouldn’t trade it for nothing.

Gregory Lee Sullivan's writing appears in The Washington Post, The Guardian, The Nervous Breakdown, Barely South Review, The Collagist, and elsewhere. He grew up in Georgia and recently completed an MFA in Fiction from Rutgers University-Camden. Read more of his work at his website or find him on Twitter at @SullivanGL.