The Salvation of Man 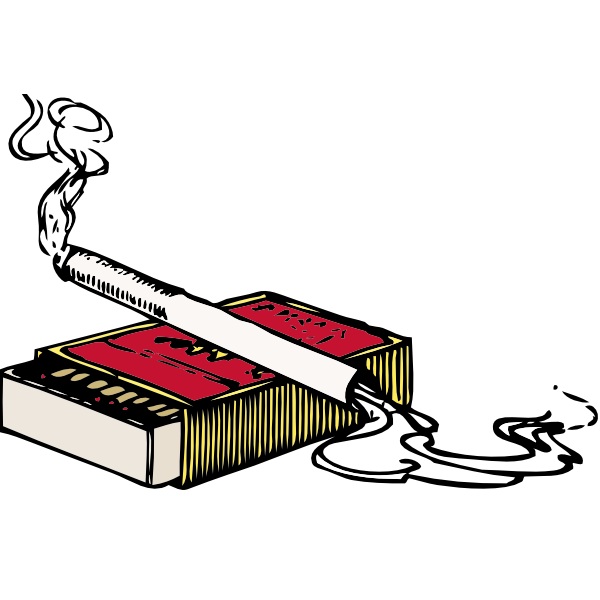 Garrett owned a community theater in Bullet, Texas where he debuted a play he wrote in which a man named Garrett strikes it rich in oil and purchases most of a small Texas town named Bullet. He burns half of it down and then rapes Sue Ellen the librarian and kills her husband.

The next day, Sue Ellen’s husband, Bobby, went to the theater, which was also Garrett’s home, and threatened him repeatedly. Garrett, without ever looking at Bobby, said, “First Amendment.”

“You ever heard of the second amendment?” shouted Bobby, as he pushed Garrett to the ground.

Garrett was already a social outcast due to his old-fashioned style of dress and his half-burnt face, but his play pushed him over the edge to a full-fledged pariah. Now no one, not even his mother, would talk to him.

She answered the door when he knocked, with a cigarette dangling from her mouth, a habit that was the initial cause of her son’s burnt face, and she said, “I can’t talk. Sherlock Holmes is on.”

Garrett fell into a long period of drunkenness and solitude until he came to the realization that the play was his downfall so the play shall be his savior. He vowed to create a work to redeem his self and to restore Sue Ellen’s good name.

He worked for months and came up with The Salvation of Man.

The play was less offensive, yet still Sue Ellen came off poorly, and someone set fire to the Bullet Community Theater shortly after. The truth was Garrett was in love with Sue Ellen. She was kind, intelligent, funny, and she always complimented his selections at the library. Her husband Bobby, who had probably set the fire, was a goon. He worked at the slaughterhouse and had never read a book in his life. He did not deserve her, thought Garrett, as he watched the fire escalate.

It was a slow-spreading fire and Garrett could have rushed in to salvage some of his belongings but he was frozen. He had been terrified of fire since infanthood when his mother fell asleep smoking and burnt half the house and half of his body, so he couldn’t bring himself to rush in. He stood watching as everything he had turned to ash.

He moved in with his mother for the next year and fell into the deepest depression of his life. Things began to look up when the insurance money came in. He slowly rebuilt the theater and wrote a new play, one that he hoped would eternally glorify the name of Sue Ellen Robinson.

Around this time a cow that refused to die arrived at the slaughterhouse. Bobby and his boss had slit its throat several times but it kicked wildly and broke free from its restraints. It charged at Bobby and fell on top of him, pushing the knife through his hand.

He lost most of the hand and from then on was reduced to part-time blood mopping. He grew increasingly more abusive over the following months and Sue Ellen was completely miserable with him. When Garrett’s new play premiered she didn’t dare attend, but she did eagerly ask a friend of the details. It was about a librarian named Sue Ellen, who lives in small Texas town named Bullet. She leaves her abusive husband and falls in love with a badly scarred but goodhearted man named Garrett.

Sue Ellen decided that the premise of the play was not too farfetched and she gave Garrett a chance. They saw each other secretly, in small glances at the library, midnight visits to the theater, and it was the happiest day of Garrett’s life when Sue Ellen said, “Ok, no more sneaking around. It’s time our love comes out in the open. I’m leaving Bobby.”

Patrick Vincent Welsh grew up in Philadelphia, and now resides in Chicago. He graduated from Abraham Lincoln High, a fine and violent institution, whose famous alumni includes Sylvester Stallone. He is the author of Hard Times Galore, a collection of one hundred stories concerning the modern American condition. Stories have appeared in or are forthcoming from Harpur Palate, Euphony; The Journal of the University of Chicago, Danse Macabre, apt, Connotation, Busk Journal, The Rusty Nail, The Literary Underground, The Dirty Napkin, Juked and several other journals. One of the stories has been nominated for a 2012 Pushcart Prize.